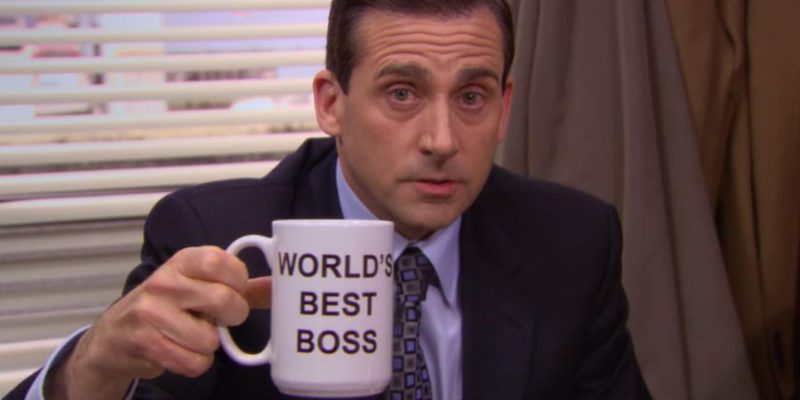 The Office is one of the best sitcoms ever produced. It ran for nine seasons, and every season was consistent in terms of quality. However, one thing that hasn’t been consistent is Steve Carell’s presence. This is why fans have always wondered why did Steve Carell leave The Office?

Steve Carell was a prominent part of The Office’s cast. He starred as Michael Scott in the show, who’s the regional manager of Dunder Mifflin. I would go as far as to say that he was the face of The Office.

This character was perfectly cut out for Carell. However, the fans were heartbroken when they realized Carell would leave this popular sitcom after its seventh season.

So if you have been wondering why did Steve Carell leave The Office at the peak of his popularity, then you’ve come to the right place. We will discuss what caused the famed actor to leave The Office.

The Office is presented as a mockumentary about a bunch of average office workers whose days are filled with ego disputes, improper conduct, and redundancy. The show is a remake of a British sitcom of the same name. It premiered in 2005 and ran for nine seasons till 2013.

The cast of The Office included Steve Carell, Jenna Fischer, John Krasinski, and Rainn Wilson. The show’s candid nature made it a lot more impressive than the other sitcoms on air at the time.

No laugh track in any episode of The Office eliminated any use or instance of dry, stale, and forced humor. This is one of the defining features of this show.

Why Did Steve Carell Leave?

Steve Carell was praised for his depiction of Scott, whom some see as one of the finest and funniest TV characters. He received six Emmy nominations and one Golden Globe award for his portrayal. He was basically at the peak of his popularity.

So the question arises, why did Steve Carell leave The Office? Well, the answer is actually different than what many of you might have assumed. Carell left the show after season 7, and naturally, the creators decided to wrap things up. They announced that season 9 would be the last season of The Office.

Carell has never elaborated on his reasons for quitting The Office. In an interview after his announcement, he said, “I think [season] 7 will be my last year. I want to fulfill my contract, I think it’s a good time to move on.”

When the interviewer further asked Carell his reasons for not renewing his contract, he simply said, “No. I just want to spend more time with my family.” This is a rather vague explanation for why Steve Carell left The Office. However, the man himself has spoken, so we have to take his word for it.

The Actual Reason Behind Carell’s Exit

Steve Carell is simply a nice and straightforward guy. He avoided controversy by giving a simple answer to a not-so-simple question. However, some fresh details about Carell’s departure emerged many years after the show’s finale.

These details revealed that the popular actor wasn’t eager to leave the show at all and was willing to stay until at least Season 8. However, why did Steve Carell leave The Office if that was the case?

A book named The Office: The Untold Story of the Greatest Sitcom of the 2000s was released back in 2020. Rolling Stones journalist Andy Green wrote this book. He has published many interviews with the people working behind the scenes in this book.

However, according to Carell’s hairdresser, Kim Ferry, the network never approached Carell about renegotiating his contract. As per Andy, Ferry said, “[Carell] didn’t want to leave the show. He had told the network that he was going to sign for another couple of years. He was willing to, and his agent was willing to. But for some reason, they didn’t contact him.”

He added, “So all of that was willing and ready and, on their side, honest. And the deadline came for when they were supposed to give him an offer and it passed and they didn’t make him an offer.”

However, this isn’t a baseless claim. The Office producer Ben Silverman and editor Claire Scanlon both stated that Carell did not want to leave the show. They said that the network never even attempted to keep him on.

So the real reason why Steve Carell left The Office seems to be quite divided. However, one thing is clear: Steve didn’t actually want to leave the show. He was more than willing, but it is still a mystery why the network didn’t decide to retain him.

In addition, he did make a brief appearance in the show’s finale, which honestly made the finale much more memorable. Carell has been completely silent about the whole thing, and he doesn’t really seem bothered about it as he ended his stint at his peak.

So we hope that this investigative piece answers your questions about why did Steve Carell leave The Office. We have discussed the narrative on both ends, and we should go with what Carell has publicly revealed.

The man simply wanted to spend some time with his family.