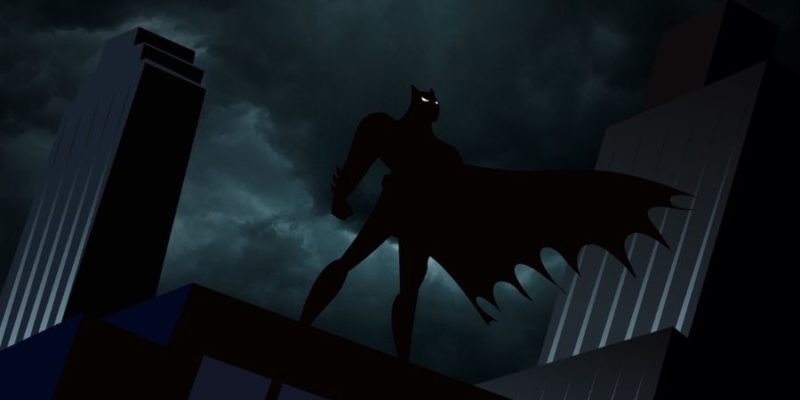 This year has been great for Batman fans. They witnessed Batman’s definitive outing with the Justice League and a new solo Batman movie. So what better way to end the year than watching Batman animated movies in order?

In terms of animated movies, the Batman franchise is pretty rich (no pun intended). There are uncountable animated movies featuring Batman. Some people might even argue that some animated versions of Batman are actually better than their live-action counterparts.

However, it can be confusing for people to watch all the Batman animated movies in order. Batman doesn’t only have solo movies, but in the past years, he has been part of the larger DCAMU (DC Animated Movies Universe).

We will discuss each continuity separately, so let’s jump right into it.

As the name suggests, Batman ‘66 refers to the 1966 movie and tv show featuring Batman. This popular show starred Adam West as Batman alongside Burt Ward’s Dick Grayson (Robin). Even though the original tv series ended in 1968, it has developed a cult status in recent years.

Seeing its popularity, the folks at DC decided to revive this beloved version of Batman as a stand-alone comic series.

So the Batman ‘66 animated movies consist of two movies. These movies are:

Both of these movies give you a nostalgic ride. Even if you didn’t grow up watching this version of Batman, you might’ve caught a few glimpses of it on TV on a Saturday afternoon during your childhood.

The DC Animated Universe shouldn’t be confused with the DCAMU. These two are entirely different. In a nutshell, the DCAU was the only thing similar to MCU back in the day. This universe also consists of multiple shows and movies.

In addition, Batman: TAS, The New Batman Adventures, and Batman Beyond are this universe’s prominent Batman animated shows.

So all the DCAU Batman movies in order are:

You might notice that Batman and Harley Quinn was released in 2017, while the other movies are about or more than ten years old. Rest assured, this movie is indeed part of the DCAU. The producer and writer, Bruce Timm, has confirmed it.

Finally, it is set after The New Batman Adventures and around the time of Justice League Unlimited, according to Timm, and is a part of the DC Animated Universe continuity.

The Batman was an animated show that was released to match the early 2000s demographic. This show ran for 5 seasons and was quite popular. Unlike DCAU, this version of Batman didn’t get much time to shine in terms of animated movies.

There is only one animated movie associated with this franchise, and it is called The Batmann vs. Dracula (2005). However, this movie doesn’t hold much significance if you’re planning to watch Batman animated movies in order.

Additionally, this version of Batman was created to be slightly edgier and fit well among modern animated shows at the time.

Batman: Brave and The Bold was a very popular animated show. This version has a much lighter and simpler, frequently humorous atmosphere and is aimed towards younger audiences than the character’s previous series.

The show ran for three seasons and aired its final episode in 2011. However, a crossover movie with Scooby-Doo! & Batman: The Brave and the Bold (2018) was released almost seven years later in 2018.

Also, in this movie, Scooby-Doo and his buddies join forces with Batman and other DC Comics superheroes to combat a new enemy in the flick.

The Nolanverse (The Dark Knight Trilogy) also consisted of an animated movie. This trilogy is one of the best superhero trilogies. The live-action movies in this trilogy were a huge success and played a huge part in reviving the superhero genre in movies.

There’s only one Batman animated movie in this universe, and it is Batman: Gotham Knight (2008).

Even though the movie was to take place between the events of Batman Begins and The Dark Knight, the producers have acknowledged that the plot of this movie is not important to the main story told within the films.

So Batman: Gotham Knight doesn’t affect the experience of watching Batman animated movies in order. However, the best way to watch this film is to watch it between Batman Begins and The Dark Knight.

Superman and Batman are brilliant characters on their own. However, they’re rightfully called the World’s Finest when they come together in any format. The title characters’ companionship, hostility, and friendship are explored in Superman/Batman.

The World Finest comic book series started all the way back in 1941. After the original run, they renamed the series Superman/Batman.

The new series’ initial writer, Jeph Loeb, developed a dual-narrator approach to show the characters’ sometimes contrasting opinions and judgments of one another.

Moreover, the first movie, Superman/Batman: Public Enemies, explored the storyline called “Public Enemies,” written by Jeph Loeb and Ed McGuinness. It also revolves around Superman and Batman joining forces to save an asteroid from hitting Earth and take down Lex Luthor, who had been elected President of the United States.

The second movie, Superman/Batman: Apocalypse, revolves around the comic storyline “The Supergirl from Krypton.” Despite the title, the film is mostly about Supergirl and Superman, with Batman serving as a supporting character.

So, there are actually three movies in The Dark Knight Returns series:

Many people don’t know but if you want to watch Batman animated movies in order then you must watch Batman: Year One before The Dark Knight Returns movies.

If you are a die-hard fan of Batman and an avid gamer, then you might have heard of the Arkham series of video games. Dubbed the Arkhamverse, this continuity of Batman focuses on his adventure through Arkham Asylum.

The production of a tie-in animated movie was as an attempt to expand the Arkhamverse. This movie is titled Batman: Assault on Arkham (2014). The movie is basically a Suicide Squad movie and is a prequel to the very first game in the series.

According to Jay Oliva (the director), it takes place roughly two years before Arkham Asylum. Even if you haven’t played the Arkhamverse video games, you should still watch this movie because it is too good to be ignored.

This is the continuity you all might’ve been waiting for. The DCAMU is the biggest and most ambitious animated project coming from DC and Warner Bros. In addition, this franchise consists solely of animated movies adapting various storylines from the DC comic books.

There are a lot of movies in the DCAMU, and many of them feature Batman. First, we will give you a purely Batman movie watch order, and then we will also provide you with the entire DCAMU watch order.

All the DCAMU Batman animated movies in order:

We have decided to include Justice League: The Flashpoint Paradox because this film basically kick-started this entire continuity. Moreover, this film also featured Batman as an important character throughout its runtime.

So it is better to start your DCAMU journey with Justice League: The Flashpoint Paradox, even if you only plan to watch Batman animated movies in order.

However, if you plan to watch the entire DCAMU, then the watch order is below:

The DCAMU has concluded with the last full-length movie, Justice League Dark: Apokolips War. Teen Titans Go! vs Teen Titans seems to be the black sheep, but it is, in fact, canon on a multiversal level. So, if you watch the movie, the “Go! Version” of Teen Titans, explore the multiverse and come across the DCAMU Titans.

The Tomorrowverse is ongoing, and multiple movies have been released for this continuity.

You can watch the Tomorrowverse Batman animated movies in the following order:

So, you can consider these movies as a single entity, and the story even works well as a stand-alone movie.

DCUAOM (DC Universe Animated Original Movies) is basically a series of stand-alone animated movies. Most of these movies center around Batman or feature Batman in an important role.

There’s no particular order to watch Batman animated movies for this “continuity.” Basically, all the continuities we have discussed so far are part of the larger DCUAOM flag.

So, in this section, we will only discuss the movies that we haven’t discussed so far. The movies are:

This movie was a toy line-up launched by Mattel, and to promote that line-up, they produced an entire animated series in addition to multiple movies. Even though these movies are only meant to serve as product placement, you can still watch them simply for the heck of it.

It has the following movies:

So, skipping these movies won’t really affect your experience if you’re planning to watch Batman animated movies in order. I think it is better to skip these as they haven’t aged well.

The second thing Lego is famous for is making really hilarious movies. The best part about Lego movies is that they can mix up all these characters from different franchises. Batman is also one of those franchises.

Batman initially appeared in a supporting role in 2014’s The Lego Movie. However, his character in the movie received a lot of praise, so they released a spin-off surrounding him in 2017, which was also a success. Batman was also again part of The Lego Movie 2, which was released in 2019.

Where To Watch Batman Animated Movies

The best place to watch all the Batman animated movies in order is on HBO Max. This streaming service features almost all of the animated outings of Batman. Moreover, you will find almost 99% of the movies we have mentioned on this list on HBO Max.

So if you’re planning to watch Batman animated movies in order, then an HBO Max subscription might be a very good investment.

Finally, we hope this list helps you watch all the Batman animated movies in order. We have divided every continuity and set of movies into different sections. You can now cook up your own watching schedule based on that.