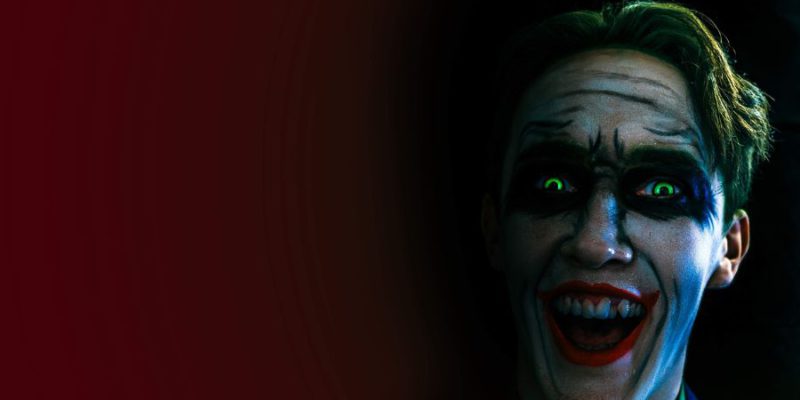 I think we all agree that Joker is a very complex character. Bringing him on-screen is a very tough task and requires some nuance. However, today we are looking at some actors who have managed to translate Joker’s chaos on screens. They are labeled the best Joker actors.

Joker made his first appearance in Batman 1; since then, he has been the primary focus of many Batman writers. He is just an incredible character. There’s a lot of mystery surrounding him, which makes him appear more cynical. Moreover, the character keeps evolving, and there’s just infinite room to grow for him.

In terms of movies and other media, Joker has been a prominent part of every franchise revolving around Batman. He’s practically incomplete without him. However, there’s a lot of polarization when it comes to Joker’s portrayal.

Therefore we have decided to rank the top 10 best Joker actors in today’s article. We have done something like Batman actors as well. You can check out our list of the best Batman actors.

Who Is The Best Joker Actor

Unlike our Batman list, we will only focus on the good Joker actors. We will also include voice actors in this list because omitting them wouldn’t really do justice to their great performance as the Joker.

So, let’s jump into our list of the best Joker actors.

Love him or hate him, Jared Leto’s performance as the Joker was memorable, at the very least. He appeared as the Joker in 2016’s Suicide Squad, which David Ayer directed. The movie gave us a very deranged version of the character with tattoos all over his body (and that infamous damaged tattoo on his forehead).

Jared Leto’s version of the Joker differed from anything we have seen before. He took the Joker’s terrifying nature onto a whole another level. However, his performance in Suicide Squad left fans divided.

However, Jared Leto appeared as the Joker once again in Zack Snyder’s Justice League. We only get to see him in one scene, but that scene was enough to prove that he deserved more time as the Joker. So, we are putting him at the very end of this list of the best Joker actors.

LEGO Batman has become an iconic movie. It is not your traditional brooding Batman movie. Zach Galifianakis fits perfectly well in such a movie as the Joker. Galifianakis used his comedic skills to make this version of Joker memorable.

Goofy is the keyword in LEGO Batman. The movie is extremely funny and self-aware from start to finish, and Galifianakis’ Joker is the cherry on top. Though not as terrifying or sinister as the other best Joker actors on this list, Galifianakis’ Joker is remarkable for being as hammy and odd as the actor himself.

LEGO Batman mostly plays out as a hilarious retelling of Batman’s mythos. It takes a lot of jibes at the Batman persona. It is a great movie. However, Zach Galifianakis’ Joker steals the show.

Barry Keoghan is the most recent man to play the clown prince of crime. This version is a little weird because, in terms of the movie, we only heard him. However, Matt Reeves shared a deleted scene. We can somewhat judge his performance based on that brief deleted scene.

The deleted clip shows a sort of alliance between Batman and the Joker. We haven’t really seen such a relationship between the two in movies before. However, this is very comic-accurate as Batman has repeatedly gone to the Joker for help. Moreover, Barry Keoghan’s Joker is clearly inspired by a past version that we’ve seen in film before.

All in all, I think this portrayal has a lot of potential in it. It can touch brilliance given the right direction and script. Keoghan is no doubt an amazing actor, and his version of Joker is cold and creepy. It won’t be long before he’s ranked higher in terms of the best Joker actors.

John DiMaggio is quite an underrated actor when it comes to the best Joker actors. He portrayed Joker in an animated movie titled Batman: Under the Red Hood. The film is a masterpiece, and part of the reason is John DiMaggio’s performance as the Joker.

Even though he’s mostly known for his comedic roles, he has done justice to the character of Joker. DiMaggio differentiates his Joker from others by giving him a deep voice rather than the standard high-pitched tone.

John DiMaggio brings a new flavor to the Joker. He’s violent, arrogant, and extremely clever. Many people haven’t watched Batman: Under the Red Hood, so I highly recommend watching it.

Caesar Romero portrays the first on-screen version of Joker. He first appeared in the Batman 1966 movie and then its television series as well. Romero’s Joker focused more on the “Clown” element in the Clown Prince of Crime persona.

When the time Romero decided to portray the Joker, there was no benchmark or blueprint of how the Joker should act on-screen. He technically laid the groundwork for future actors to portray this character.

There were many controversial decisions attached to this Joker. For instance, Romero refused to shave his mustache, so the makeup department decided to paint on it. Despite the flaws, Romero still stands tall in terms of the best Joker actors.

Hats off to Cameron Monaghan for portraying two (technically three) versions of the Joker in the span of a few years. This version of the Joker starts out as a psychopathic and manipulative agent of chaos that slowly transforms into a “Frankenstein’s monster.” Every version of his portrayal proves that Cameron Monaghan is one of the best Joker actors.

This version of Joker is named Jerome. He starts out with startling tics and restless, furious energy that threatens to erupt on-screen. Later, a monster, Jeremiah, is unveiled, resulting in a totally distinct and creepy portrayal of the character.

Monaghan does an excellent job of highlighting the two Jokers’ distinct personalities. This is why he was a fan favorite in the later seasons of Gotham. He proved to be a very menacing antagonist.

Tim Burton hit all the right notes while directing his darker take on Batman. His decision to cast Jack Nicholson as the Joker was a masterstroke. Nicholson was notorious for playing deranged characters. He was born to play the Joker.

It is fascinating to see the jump from Romero to Nicholson. If Romera set the blueprint for the Joker, Nicholson is the one that made him iconic. With his constant grin and menacing laugh, he is the perfect antagonist for Micheal Keaton’s Batman.

The best part about watching Jack Nicholson as the Joker is that he’s probably not even acting here. That’s the natural Nicholson, and it seems as if Tim Burton gave him the reins of this character. He’s one of the best Joker actors.

Joaquin Phoenix is third on our list of the best Joker actor. He portrays Joker in his standalone movie. This character is named Arthur Fleck and is a very realistic and grounded take on the character.

Phoenix’s Joker is pitted against his own inner demons rather than Batman. When it comes to capturing the character’s mannerisms, the actor accomplishes almost everything properly. This isn’t anywhere near a comic-accurate version of Joker. However, the storyline and Phoenix’s performance are simply brilliant.

This role earned Joaquin Phoenix the Best Actor Oscar. His performance will make your skin crawl. You’ll be so invested with him throughout his journey. Even though he’s a villain, you’ll feel sympathy for him. Joaquin Phoenix is undoubtedly one of the best Joker actors, and we can’t wait to see him in the sequel.

You might know Mark Hamill as Luke Skywalker. However, Mark Hamill is known as the definitive voice of the Joker. He has portrayed Joker in multiple animated movies, shows, and even video games. His voice for the Joker is just perfect.

Mark Hamill started as the Joker in Batman The Animated Series and was a series regular. When paired with Kevin Conroy’s portrayal of Batman, Hamill was an outstanding Mr. J. In addition, Hamill’s menacing laugh is iconic at this point.

Hamill returned to voice the Joker in the Arkham series of video games and then again for Batman: The Killing Joke. In terms of voice actors, Mark Hamill is undisputedly the best Joker actor.

Heath Ledger takes the top spot on our list of the best Joker actor. No actor has been able to top his near-perfect portrayal of the Clown Prince of Crime. He has become the quintessential Joker, with numerous comparisons to other actors who have portrayed this character.

The greatness of Heath Ledger’s performance as the Joker deserves a complete essay. His mannerisms, his methodical acting, and his complete transformation are what made this portrayal great.

It isn’t easy to differentiate between the Joker and Ledger. It appears as if both became one. This is the brilliance that won him an Oscar after his unfortunate death. However, his legacy lives on as people remember him as the best Joker actor of all time.