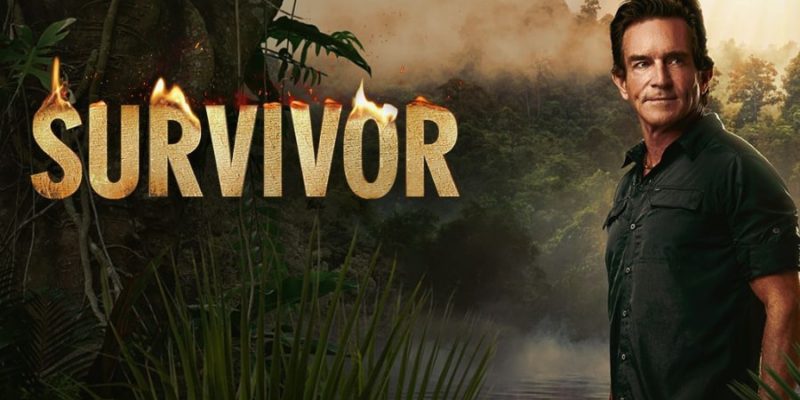 Survivor is no doubt one of the most well-known reality tv shows. It has been going on for almost 22 years now. So, it is safe to say that there is a plethora of Survivor seasons. However, we will be ranking the best seasons of Survivor.

Survivor first started on May 31, 2000, and is still airing, with the most recent episode airing on 25 May 2022. The next season is set to be released in September 2022. Since the show has been broadcasting for such a long time, you can expect that it does have a very devoted fanbase.

Since there are so many Survivor seasons, we will walk you through the best ones. So today, we are going to rank the 15 best seasons of Survivor. But before we jump into that, let’s learn a bit about the show itself.

The American version of Survivor started in 2000 and has been hosted by Jeff Probst, who is also an executive producer.

As the name suggests, this show revolves around survival. A group of participants is abandoned in a distant place with nothing but the clothing on their backs. The only survivor of this competition receives a million dollars.

Usually, every season starts off with 16 to 20 contestants. These contestants are called castaways and are divided into different tribes.

As always everyone has their own opinion regarding the ranking. This is just our opinion which is in turn based on reception from each season. So, let’s determine the best seasons of Survivor.

Kicking off our list of best seasons of Survivor, we have Season 13, which is titled Cook Islands. The season premiered on September 14, 2006. As the name suggests, it took place in the Cook Islands which are part of New Zealand.

Despite some shortcomings in this season, it managed to barely make our list, thanks to the gameplay in this season. Moreover, the tasks were fantastic, the Tribal Council ship set was amazing, and the tiebreaker between Sundra and Becky was amusing.

The winner of this season was Yul Kwo. He was declared the Sole Survivor after defeating Ozzy Lusth and Becky Lee.

The 4th season of Survivor is titled Marquesas and this season aired on February 28, 2002. Survivor’s 4th season was set to take place in the Middle East; however, the location was shifted to the Marquesas Islands in French Polynesia due to some political sensitivity.

The main highlight of this season was a contestant named Sean Rector. It was always a joy to watch him throughout the season. However, he couldn’t win as he was eliminated on Day 36. Moreover, this season introduced the Purple Rock Tiebreaker, which received some mixed responses from the fans.

Next up on our list of best seasons of Survivor, we have Season 25, which took place in the Philippines and it aired on September 19, 2012 and consisted of 15 episodes. The theme for this season is inspired by the Maranao, a largely Muslim region in the southern Philippines. In fact, the Maranao people’s beautiful wooden houses inspired the Tribal Council set.

Survivor: Philippines had an undeniably positive response. It featured a lot of interesting competitors that were having fun, unlike some previous seasons. Moreover, Lisa Whelchel’s presence made this season so much better.

Denise Stapley was the winner of this season of Survivor. She defeated Lisa and Michael with a 6-1-1 vote.

Blood vs. Water is the title of Survivor’s season 27. This season was also filmed in the Philippines, albeit on Palaui Island. Also it premiered on September 18, 2013.

This season of Survivor featured an interesting concept. In this season, former contestants competed against their loved ones. This concept added a lot of nuances to the overall gameplay of the season. It forced the contestants to think outside the box.

This season’s winner was Tyson Apostol. All in all, it was a very entertaining season, and the overall tone of the season was remarkable. It is one of the best seasons of Survivor.

Millennials vs. Gen X is the 33rd season of Survivors. This season aired on September 2, 2016, and was filmed in Mamanuca Islands, Fiji. This season divided the contestants in terms of their age into two tribes, so one consisted of Millenials, and the other consisted of Gen X.

Despite the slow beginning, things picked up the pace as the season progressed. This season earned mostly good feedback from fans, thanks to the contestants and the high level of gameplay.

This season was surprisingly free of any kind of violence. Everyone was enjoying themselves and having a good time while competing with the opposing tribe. Adam Klein was eventually named the Sole Survivor.

Season 15 is the next entry on our list of best seasons of Survivor. This season was set in China and aired on September 20, 2007. In addition it consisted of 14 episodes.

Survivor: China received great feedback and is a fan favorite owing to the high level of gameplay and fascinating group of characters. Moreover, the fact that Season 15 was set in China made it a lot more interesting. It gave us an inside look at Chinese tribal culture.

Todd Herzog eventually came on top and defeated Courtney Yates and Amanda Kimmel in a 4-2-1 vote.

Survivor: Palau is the tenth season of Survivor and it was shot on the island of Palau. The Pacific Theater of World War II was the season’s theme. This season aired on February 17, 2005.

It was very entertaining, with memorable events like the “bah-bah-buoy” task lasting over 12 hours (the longest challenge in American Survivor history) and the first-ever “tribe of one” in Survivor history. Furthermore, Survivor received a Primetime Emmy Award nomination for its tenth season.

Survivor celebrated its 20th anniversary with the release of Season 40, airing on February 12, 2020. This season was titled Winners At War and it took place in Fiji. Moreover, the prize money for this season was increased to $2 Million.

They decided to shake things around in this season of Survivor. As the name suggests, this season saw twenty past Survivor champions returning for another shot at the Sole Survivor title. A new twist was also included with fire tokens, which incorporated an economy in which players could purchase goods and benefits with enough tokens.

All these elements worked well together to give longtime fans a great experience. Eventually, Tony Vlachos came on top. He beat Natalie Anderson and Michele Fitzgerald to come on top.

Next up on our list of best seasons of Survivor is Season 7. It was titled Pearl Island since it was filmed on the Pearl Islands, off the coast of Panama.

The pirate theme throughout this season was a welcome addition to the show. It is not only there visually but the challenges were also pirate-themed. Moreover, the gameplay of this season was quite nuanced and most of the contestants were quite smart.

Sandra Diaz-Twine won the jury vote 6-1 against Lillian Morris. Sandra made history since she is the first-ever Hispanic contestant to become the Sole Survivor.

The 31st season of Survivor aired on May 31, 2015. This season is titled Second Chance or Survivor: Cambodia.

In this season, America was given the opportunity to vote on their top 20 candidates for this cast. Not only is it made up of returning players, but they are all on an equal playing field in terms of experience. All the challenges were also quite interesting to watch.

The prize went to Jeremy Collins. In a unanimous 10-0-0 jury decision, he defeated Spencer Bledsoe and Latasha “Tasha” Fox.

Survivor: David vs. Goliath is the next entry on our ranking of the best seasons of Survivor. This is the 37th season of this show, and it aired on September 26, 2018. This was the sixth season to be produced in Fiji.

The season featured 20 candidates separated into two tribes represented by “David” made up of 10 underdogs, and “Goliath” made up of ten overachievers. This is one of those seasons which got high praise thanks to its casting. In addition to the casting, the presentation of each episode also felt a bit modernized from previous seasons.

The winner of this season was Nick Wilson. He took home the prize money of $1 million by defeating Mike White and Angelina Keeley in a 7-3-0 vote.

One of this season’s more effective themes was dividing the tribes into three factions: brain vs. brawn vs. beauty. As a result it was an enthralling blend of spectacular and nasty gameplay by the diverse and likable cast of contestants.

Tony was crowned Sole Survivor by an 8-1 vote over Woo Hwang at the end of the season. This season of Survivor is entertaining throughout all the episodes.

How can we talk about the best seasons of Survivor and not include the one that started it all? The first season of Survivor was titled Borneo, and it aired on May 31, 2000. It was filmed in Borneo, Malaysia.

Even though the first season of Survivor seems dated nowadays, it is very enjoyable and important. Survivor: Borneo helped establish most of the aspects the show is known for today. Moreover, it took the world by storm.

Richard Hatch has been crowned the first Sole Survivor after beating Kelly Wiglesworth in a 4-3 vote.

The 10-year anniversary of Survivor was celebrated with the release of Season 20. This season was titled Heroes vs. Villains. It aired on February 11, 2010.

This season featured another unique concept. In this season, the twenty players were first divided into two tribes depending on their previous season’s reputation. These tribes were called Heroes and Villains. As a result, the season was full of notable moments.

Sandra Diaz-Twine, who defeated Parvati Shallow and Russell Hantz in a 6-3-0 vote, became the first two-time champion. Afterward Survivor: Heroes vs Villains received widespread praise and is widely regarded as one of the best seasons of Survivor.

Finally, the number 1 choice on our list of best seasons of Survivor is Season 16. Season 16 of Survivor is titled Micronesia. It is more commonly known as Survivor: Fans vs. Favorites. It aired on February 7, 2008.

This season’s tribes were divided by two types of people: 10 Survivor fans vs. 10 fan favorites who had previously competed. This proved to be an interesting concept, and many people enjoyed it, making it the number 1 choice on this list.

This season’s winner was Parvati Shallow, who defeated Amanda Kimmel to win the title of Sole Survivor. Overall, it is an extremely entertaining season with many shocking and thrilling moments.

So, this was our ranking of the best seasons of Survivor. We hope you enjoyed it.