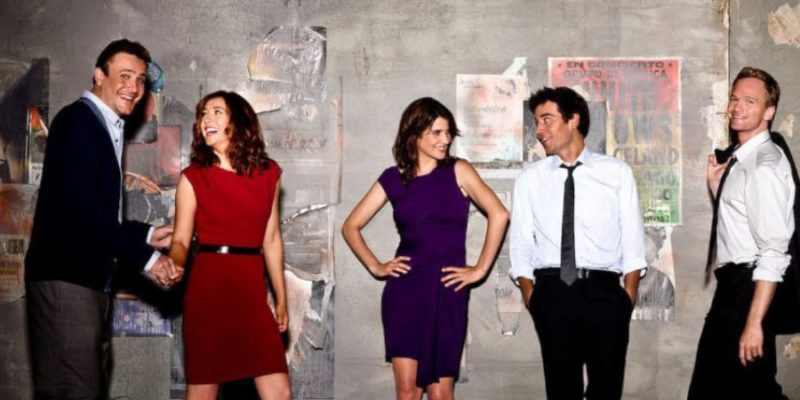 Before jumping toward our analysis of the How I Met Your Mother ending, let us give you a little refresher about the show to jog up your memory.

How I Met Your Mother (or HIMYM) is an American sitcom that Carter Bays and Craig Thomas created. The show premiered on 19 September 2005 and ran for 9 seasons in total. Its final episode aired on 31 March 2014.

The storyline of HIMYM revolves around Architect Ted Mosby telling his kids the story of how he first met their mother. The story is recounted via the memories of Marshall, Lily, Robin, and Barney Stinson, his buddies.

HIMYM is compared to Friends because it started airing a few years after Friends had ended and helped people fill that void. The show was an instant hit thanks to its unique humor and loveable characters. Moreover, How I Met Your Mother shifted between present and flashbacks for storytelling, which was a unique concept in terms of sitcoms.

But there is a huge difference between HIMYM and Friends, the ending. While Friends concluded the show with a really satisfying finale, How I Met Your Mother’s ending was quite lackluster. We are going to discuss it in detail below.

Where Can You Watch How I Met Your Mother

So, your best choice is to watch it on Hulu if you’re in the US or Amazon Prime for people residing outside the US. You can also watch it on M4uFree or other alternative online websites without any cost.

How I Met Your Mother Ending Explained

If it weren’t obvious already, the following section would contain spoilers for HIMYM. So, stop here if you’re watching the show to avoid spoilers.

The How I Met Your Mother ending was divided into two parts. At the show’s end, Ted meets the Mother at a railway station, and they live happily ever after. The Mother is none other than Tracy McConnel, who has been a prominent part of HIMYM’s final season. However, as soon as they meet, the episode is cut back to 2030.

It turns out that the Mother has been deceased for six years, and Ted’s purpose in recounting the narrative to his children was to explain that he was in love with Robin. The episode concludes with him repeating the grand romantic gesture he performed for Robin in the first season.

First, we will go through all the important characters’ endings in HIMYM then we’ll discuss how and why the ending could’ve been better.

Barney Stinson is an iconic character. He was played by Neil Patrick Harris. Throughout the show, Barney is portrayed as a womanizer. He’s basically the Joey of HIMYM. His ending is quite important because the entire final season revolves around his marriage to Robin. The marriage came as quite a shock to fans since both are quite scared of commitments.

(Un)Surprisingly, they both divorce each other, and Barney picks up his career as a serial womanizer again. However, he soon finds out that he has gotten a woman pregnant, and she decides to keep the baby. As per the cliche, Barney is first hesitant to become a father, but after meeting his newborn daughter, Ellie, he changes his mind.

This entire ending is quite strange and a little lackluster. First, Ellie’s mother is never actually revealed. Secondly, seeing Barney change his complete personality over the course of a few minutes (because it was a time jump in the show) feels quite bizarre.

Barney was no doubt one of the most beloved characters on HIMYM. However, the How I Met Your Mother ending didn’t do him the justice fans were expecting. His ending isn’t all that bad. It just feels rushed.

Marshall and Lily’s How I Met Your Mother ending was pretty good. It was quite conclusive and satisfying. They are the show’s most beloved couple.

In the final season, Marshall is offered a job opportunity as a judge. His decision to take on the opportunity causes a bit of distress between him and Lily since she was offered a job in Rome. They eventually decide to do both things. Marshall and Lily spend a year in Rome before returning to New York, where he fills a vacancy created by a judge in Queens.

The pair had two kids before the final season, and as revealed in the last episode, they have another unnamed child. Overall, the conclusion proved fitting for the inseparable and iconic pair.

There are multiple opinions about How I Met Your Mother’s ending. Some people think the ending was decent, while others are quick to point out that it felt lazy. There’s one thing we all agree on is that the ending could’ve been much better.

Loyal series viewers were widely dissatisfied with the show’s ending, which seemed to toss away the entire idea of the show by killing off the Mother and pairing Ted and Robin, who’d realized several times during the show that they weren’t meant to be together.

Not only that, but the entire last season takes place at Barney’s wedding, which lasts for 3 days. So, all 24 episodes take place over the course of 4 days. This was unusual, but again, HIMYM was an unusual show. However, what went wrong is that all that character development throughout the final season went down the drain for multiple characters including Barney, Robin, and Ted.

We have already discussed Barney’s How I Met Your Mother ending felt extremely rushed. The time jump between Barney’s wedding and divorce from Robin was a mere 3 minutes for the viewers. It simply didn’t have enough information. Secondly, the final season of HIMYM established Barney as a changed person, but it was nullified when Barney went to his old ways after getting a divorce.

Thirdly, the plot device that the entire show had revolved around, The Mother, was eventually revealed but killed off mere minutes later (time jump again). The writers had spent the entire season establishing Tracy as a likable character leading up to the actual reveal.

However, killing her off mere moments later was a bold choice. It basically threw away all the development over nine years. Moreover, Ted quickly emphasizes that the whole story is a love story between him and Robin. So, after being encouraged by his kids, he takes her out again.

The reception to How I Met Your Mother’s ending was severely impacted due to this one reveal. For one, Robin and Ted have dated multiple times throughout the show but always parted ways because they were incompatible. However, after all these years, we might have found out the reason why the creators opted for such a bold choice and how the right execution could’ve changed the public outcry.

When How I Met Your Mothers was released, it was compared to one of the most popular sitcoms back then, which had recently ended, Friends. The comparisons were inevitable because both shows take place in New York. Both shows revolve around a group of inseparable friends who live in shared apartments.

So, we can see the Friends comparison influencing the How I Met Your Mother ending a bit. The creators of HIMYM pictured Ted and Robin as Ross and Rachel. They decided to put them together in the end after all their ups and down to portray their love for each other.

However, the creators forgot one big thing, Ted and Robin aren’t really Ross and Rachel. Both couples have extremely different fundamentals. Ted and Robin clearly gave up their feelings for each other, while Ross never really stopped chasing Rachel.

Even though Ross and Rachel had their ups and downs throughout the show, it was clear that they had that spark between them that finally paid off in the last episode.

On the other end, the How I Met Your Mother ending tried to pull off something similar but fell flat on its face. This is because Ted and Robin had moved on, and Robin was marrying Barney. Barney was finally satisfied because he had discovered true love, and his vengeance would be fulfilled. However, this entire character development came crashing down.

So why did the creators intentionally throw away all the character development in favor of this abrupt ending? Well, because the ending was decided upon already. As I said earlier, the creators had written and even shot the ending scenes after the first season’s finale. They did this because some shows tend to get abruptly canceled before the story can end.

Since the creators wrote the ending prior to the character development of all these characters, it was extremely unfitting. If the show had ended after season 3, this ending might’ve made sense. But all the different character arcs and ups and downs during each character’s life span turned the show in a different direction.

The creators tried their best to tie all the loose ends but choked multiple characters. This could’ve simply been avoided by modifying the How I Met Your Mother ending.

Instead of being intent on concluding the show the way they had intended since the first season, the writers should have recognized that the show had developed to the point that the planned How I Met Your Mother ending simply wouldn’t work anymore.

Some Fun Facts About The Show

So, this was our attempt at understanding the How I Met Your Mother ending. Despite its lackluster ending, the show is still iconic. People love to quote their favorite characters, and there’s a huge fan following.

There’s no doubt that people loved the show which is what caused the outcry at the ending. People genuinely cared about these characters. The How I Met Your Mother ending was the ending of an era.

With that said, we hope you’ve enjoyed our little analysis. This article is composed of my personal opinions and research, so your opinions towards the How I Met Your Mother ending may vary, but they’re respectable.

What happened to Rick Grimes? This is the most exciting question of the ...