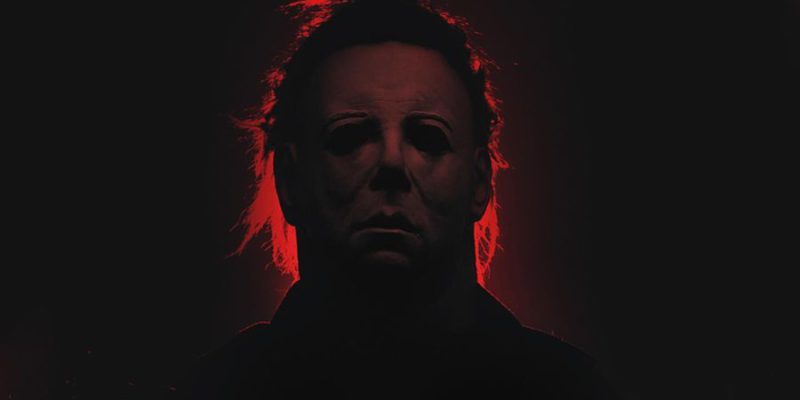 The Spooky season is upon us. It’s the best time to rewatch the Halloween franchise featuring the iconic serial killer, Michael Myers. The mystery surrounding this character makes him unique. He always manages to come back from the dead in each movie. This raises a very big question; is Michael Myers immortal?

Michael Myers, the unstoppable bogeyman of the Halloween franchise, is possessed by an unfathomable evil – but is he a supernatural creature, an extremely powerful human, or a different entity entirely?

We’ll answer all these questions, including whether Michael Myers is immortal or not, in today’s article. So read till the very end to have all your questions answered. This goes without saying that there will be spoilers ahead.

The Halloween franchise consists of 13 movies in total. However, not all the movies are worth watching or canon. With this number of movies, tracking which movies to watch and which to skip can be hard.

To explain the Halloween franchise’s timeline or watch order, we’ll need a separate article of its own. We can narrow it down for ease of understanding and answer the question if Michael Myers is immortal.

So, the Halloween franchise kicked off in 1978 with Halloween, which was directed by John Carpenter. After the film’s success, a sequel (Halloween II) was released. Rick Rosenthal directed this sequel, but John Carpenter was on-board as a screenwriter and producer.

Michael Myers is the main antagonist in the Halloween franchise. John Carpenter created him for his 1978 film titled Halloween. Many versions of the characters have been featured in the movie’s sequels/spin-offs and reboots.

However, his backstory has been quite clear. As a child, Myers was hospitalized for the murder of his elder sister, Judith Myers. Myers escapes after 15 years in prison and starts on a violent spree on his way back home.

In the 1978 movie, Laurie stabbed Michael Myers in the chest, and then Loomis shot him six times, causing him to fall from a balcony. However, Michael was gone seconds later when Loomis peered down.

However, he has managed to return from the dead or simply survive lethal attacks. This has led many people to ask if Michael Myers is immortal.

Many people quickly assume he cannot die because he has protection from cinematic gods. However, Michael Myers’ multiple resurrections have been explained in the movies.

To find an answer to “Is Michael Myers Immortal?” you must watch 1995’s Halloween: The Curse of Michael Myers. In that movie, when Michael was a newborn, a group of druids from the ancient Cult of Thorn cursed him. This curse makes him possessed by Thorn, a demonic power that demands its host to sacrifice their family on Samhain (AKA Halloween night).

For the group to prosper and be blessed, the curse brainwashes the selected member into murdering their family. Therefore Myers continues returning, despite the fact that he has yet to murder a living family member. His sister, niece, and the niece’s newborn are all linked.

Is Michael Myers Immortal In The New Movies

However, whether Michael Myers is Immortal remains a mystery to many people because no Cult of Thorn has been discussed in the latest Halloween movies. These movies take place right after the events of the first Halloween movies.

One advantage of disregarding Halloween II and its history is that the current Halloween continuity is clear of the Michael Myers/Laurie Strode familial link. Instead, the amended canonical texts restore Michael to his essential nature as an inexorable harbinger of death who murders for no apparent cause.

The ending of Halloween Kills indicates something different than the original movies. The film concludes with the implication that Michael Myers is more than simply human, but that he has “transcended.” As a result, Michael Myers overcomes a variety of injuries, kills the mob that has encircled him, and returns home.

The director of Halloween Kills, David Gordon Green, has stated in an interview, “The suggestion that he is more than a man is a theory that Laurie has. My own personal concept for Michael, which will carry forward if I’m involved, is that he’s capable of spectacular things but not impossible [things]. So, I don’t personally see him as supernatural, but I see the element of fear that he’s generated and exacerbated is transcending the immediate character and moved on to an entire community.”

As per the director’s statement, Michael Myers does not appear to be immortal or superhuman. The townsfolk merely view him that way because of his extraordinary endurance. So, we can say Micheal is tougher than most men and can take a hit or two.

The upcoming Halloween Ends movie will likely discuss Michael Myers’s supernatural factors. It will answer if Michael Myers is immortal. Furthermore, the director can integrate supernatural elements into Michael Myers’ character in future films. Maybe they’ll bring back the Cult of Thorn in a different way.

A popular fan theory about Michael Myers’ immortality suggests that he suffers from a very rare medical condition that leaves him unable to feel any pain. This theory answers the question, “is Michael Myers Immortal?” in a more natural and grounded way.

A Redditor has posted a detailed theory on how Micheal Myers might have Congenital insensitivity to pain (CIP). This fan theory correlates with another fan theory: Michael Myers is simply autistic. He perceives the world through a different lens. He can’t differentiate between fiction and reality.

Coming back to the CIP, it is a good explanation of why Michael Myers can survive burns, bullets, and stab wounds. Unlike normal humans, wounds do not slow Myers down because he doesn’t feel the pain at all. So, he isn’t immortal. He just manages to fix him up after every long fight. This theory is a little complex, but it can be believable if you research it.

So, is Michael Myers Immortal? The answer depends on which continuity you decide to follow. In the original continuity, yes, Michael Myers is indeed immortal. However, in the new continuity, he appears to be a supernatural being, but he is certainly flesh and blood (for now).

We might have to wait just a little bit longer to find out if Michael Myers is immortal. The release of Halloween Ends might put an end to all the fan theories and speculations.

All in all, whether Michael Myers is immortal or not is up for debate. But there’s no doubt that he’s an iconic character. I believe there shouldn’t be any supernatural elements associated with Michael Myers. What makes Myers such a terrifying villain is that despite being a human, he keeps coming back for his vengeance and won’t rest till he gets what he wants.

How I Met Your Mother Ending Explained [2022]