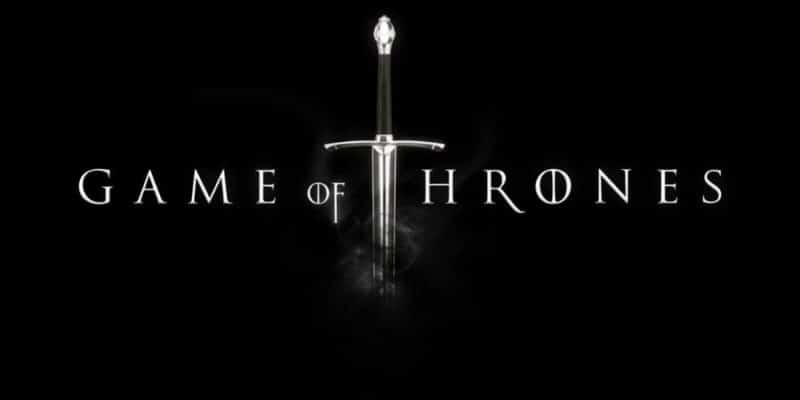 A Song of Ice and Fire (AKA Game of Thrones) is a series of fantasy novels written by George R. R. Martin. It is an epic fantasy tale. This series revolves around various powerful individuals claiming the right to the throne and organizing armies to seize the throne fashioned of a hundred swords.

Westeros’ kingdoms are embroiled in a power struggle as an evil entity emerges once more to slaughter humanity. Game of Thrones is full of action, fantasy, politics, and even romance. The books were quite successful and later were adapted into a TV Show, and the rest is history.

However, it has been almost 12 years since the last book of this series came out. While fans of this series wait for the next entry, it is better to read some other books like Game of Thrones.

So today, we will be listing down the top 10 best books like Game of Thrones, for fantasy lovers. These books will surely keep you accompanied till the next book is released.

Shadow and Bone is a young-adult fantasy adventure novel. This book was written by Leigh Bardugo. There are a total of three books in this series, including Shadow and Bone, Siege and Storm and Ruin and Rising.

Shadow and Bone follow Alina, who lives in Ravka. She is selected to join the Grisha, her country’s military elite when she suddenly exhibits a tremendous exhibition of magic. Secrets quickly emerge, and Alina is confronted with a revelation that might change everything she has known.

This is one of the latest fantasy books to be adapted into a large-scale show. This show was released in 2021 on Netflix, and its second season is set to be released in March.

Overall, Shadow and Bone is one of the best books like Game of Thrones. It is full of fantasy elements, politics, and even war. This novel incorporates both magical aspects and epic journeys.

The next entry on our list of books like Game of Thrones is A Court of Thorns and Roses. The story of this adult fantasy series revolves around Feyre, a huntress who is 19 years old. She kills a wolf in the woods, and a horrific monster shows up to exact vengeance.

Feyre is dragged to a dangerous magical country known as Tamlin, where she realizes that her captor is not a beast at all but one of the lethal, immortal faeries that once governed her world. As she adjusts to her new surroundings, an old, cruel shadow emerges, and Feyre must find a way to stop it before it destroys Tamlin.

A Court of Thorns and Roses is an entire series of fantasy novels written by Sarah J. Maas. The first book was released in 2015. People might think that it is more similar to Narnia, but the dark story elements make it one of the best books like Game of Thrones.

Recently, there’s been a discussion at Hulu to adapt this series into a TV Show, so you better read this series before that show gets aired.

The Forest of Good and Evil is a fantasy novel series by Gena Showalter. There are two books in this series, including, The Evil Queen and The Glass Queen. Both of these deserve to be called the best books, like Game of Thrones.

Everly Morrow, raised in the mortal realm, has no idea she’s a real-life fairy-tale princess until she discovers she can talk to mirrors. However, a horrific fact is soon revealed. Everly is fated to become The Evil Queen, Snow White’s greatest enemy.

Seeing a character battle their inner demons and depravity with each escalating choice will surely connect with any Game of Thrones fans. The titular character shares some similarities with Danaerys Targaryan.

7. Chronicles of the Unhewn Throne

Chronicles of the Unhewn Throne is the next entry on our list of the best books, like Game of Thrones. In this book series, The Annurian Empire, a country in disorder following the assassination of its Emperor.

Valyn, Kaden, and Adare, his children, must uncover a horrible scheme and learn to unleash ancient powers if they are to deliver justice and escape with their own lives. This series was written by Brian Staveley.

The Chronicles of the Unhewn Throne consists of three books; The Emperor’s Blades, The Providence of Fire, and The Last Mortal Bond. The themes throughout this series revolve around power struggles, moral dilemmas, and magic.

If you’re a fan of Game of Thrones, then you will know that GOT also revolves around the same themes. This is why this series of novels, especially The Emperor’s Blades, deserves a place among the best books like Game of Thrones.

Hence, if you want to read an engaging storyline with extremely interesting characters, then Chronicles of the Unhewn Throne will be a pleasant experience for you.

Memory, Sorrow, and Thorn is a trilogy of epic fantasy books written by American writer Tad Williams. This trilogy of books like Game of Thrones consists of The Dragonbone Chair, Stone of Farewell, and To Green Angel Tower.

Memory, Sorrow, and Thorn is set on the fictitious continent of Osten Ard, which is home to numerous unified races such as humans, elf-like immortals known as Sithi, and dwarf-like mountain dwellers known as Qanuc.

King John the Presbyter, who is claimed to have slain a dragon, has kept most of these races at peace for decades. However, Prester John’s health is declining, and his sons, Elias and Josua, are fighting over the throne. Prester John’s terrible secret and Pryrates’ ambitions threaten the continent’s peace.

Game of Thrones writer George R. R Martin has actually described Memory, Sorrow, and Thorn as an influence for him to write GOT. So this trilogy fits perfectly in this list of books like Game of Thrones.

5. The Malazan Book of the Fallen

Steven Erikson’s The Malazan Book of the Fallen series takes the next spot on our list of books like Game of Thrones. This series has a long history, intricate world-building, a powerful magical system, and a narrative that spans continents and conflicts. It sounds familiar, doesn’t it?

The Malazan Book of the Fallen tells the story of Empress Laseen, who wields an iron hand over the Malazan Empire. She set her sights on Darujhistan, the final Free Cities of Genebackis, after laying siege to Pale.

There are a total of ten books in this series, so you’ll be occupied for quite a while. The books in this series include Gardens of the Moon, Deadhouse Gates, Memories of Ice, House of Chains, Midnight Tides, The Bonehunters, Reaper’s Gale, Toll the Hounds, Dust of Dreams, and The Crippled God.

The story doesn’t go in a single direction, so it can be hard to follow at first. If it’s your first time reading it, the authors say to read it in publication order instead of chronological order. If you can get over that fact, then give it a read. You won’t be disappointed.

If we are talking about the best books like Game of Thrones, then Of Blood and Bone can’t go unnoticed. This series of medieval-fantasy novels was written by John Gwayne. There are three books in this trilogy.

In this series, a race of warrior angels called the Ben-Elim once beat a large group of demons. Now they are in charge of the lands of the Banished, but their peace is brutally kept. There are new allegiances and new dangers that could change the world.

There are hard decisions to be made because demons are waiting in the shadows for their chance to come out. Fans of Game of Thrones will love John Gwynne’s Of Blood and Bone books. It’s violent and has a lot of atmospheres, and different races are fighting over territory.

Moreover, the series also has a touch of magic to keep things interesting. This trilogy includes A Time of Dread, A Time of Blood, and A Time of Courage.

The Mistborn series is written by Brandon Sanderson and is divided into multiple trilogies. The best part about this series is that it is still ongoing. The Final Empire, The Well of Ascension, and The Hero of Ages are the three books in the first trilogy.

Meanwhile, a second set of books, called The Alloy of Law, Shadows of Self, The Bands of Mourning, and The Lost Metal, came out between 2011 and 2022. Another trilogy of books is set to be released starting in 2025.

Mistborn is about a lower-class thief named Kelsier. He is enslaved in a world with complicated magical systems that create a complicated social and political structure. After being in a prison camp for years, he finds out he is a Mistborn, a person with great magical powers that give him a chance to end the Lord Ruler’s cruel rule.

Usually, fantasy stories revolve around the hero fulfilling the prophecy. However, The Mistborn stands out because it tells us what would happen when the hero actually fails. It is very suitable for people looking to read books like Game of Thrones, so give it a go.

Each is a part of Bayaz’s plot, a wizard from the Older Time whose magical ability is only surpassed by his political acumen.

There’s a lot of moral conflict within the world of The First Law. Nobody is a hero. Magic is primitive, aggressive energy. If anything begins looking good for someone, it is likely that something terrible is going to happen to them.

This description may sound a lot like Game of Thrones. Hence, The First Law trilogy is perfect for GOT fans.

1. The Lord of the Rings

J.R.R. Tolkien’s masterpiece revolves around a band of sometimes unmanageable heroes who start out on a mission to save their world from the ultimate evil. The story takes us across Middle-earth, mostly focusing on the hobbits Frodo, Sam, Merry, and Pippin as they participate in the quest to destroy the One Ring.

If you’re a true fantasy fan, you can’t ignore The Lord of the Rings. Even the live-action movies based on these books are masterpieces.

So if you’re looking for books like Game of Thrones, then you must read The Lord of the Rings. The books may be lighter than GOT, but they have rich characters, a very detailed storyline, and good pacing.

So this concludes our list of the best books like Game of Thrones. Any one of these books will keep you occupied till the release of The Winds of Winter, which is the sixth entry in the A Song of Ice and Fire series. It is set to be released in November 2023.