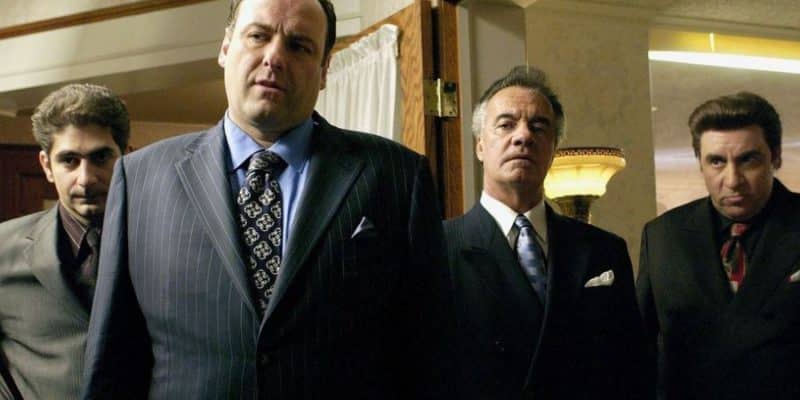 The Sopranos, an iconic TV show that captivated audiences for six seasons, has been the subject of a potential spinoff series for years. After months of speculation, HBO recently poured cold water on the idea. The Sopranos spin-off has had a profound effect on modern television and pop culture.

Sopranos Spin-off: Fans Had Been Waiting For The Good News But…

After its finale in 2007, fans wanted to know what could have been in store if the show had continued. Now, it seems that we will never get to find out what a potential Sopranos spin-off series would have looked like.

The aspirations of “Sopranos” fans for a Sopranos spin-off have been put on hold. Casey Bloys has confirmed the news as he is in charge of programming for HBO. After the debut of the prequel film “The Many Saints of Newark” on HBO Max in October 2021, series creator David Chase signed a first-look contract with the cable television network for a period of five years.

“I don’t believe David has any desire to make a return to ‘The Sopranos,'” said the source. Bloys said on February 16 in an interview with The Hollywood Reporter, “And I would agree with him.” “It’s a flawless series that, in my opinion, does not need any more installments. But we’ll have to wait and see what he wants to do after that.

Bloys continued by saying, “Series-wise, not that I’m talking to David about. ” I have no idea where they ended off if there were going to be additional movies or what, which is why I can’t answer your wider question regarding whether or not there will be a “Sopranos” series. And in the case of ‘The Many Saints,’ there hadn’t been any discussions about it.

Chase said in a previous interview with Deadline that the events of “Many Saints”; which take place in the late 1960s and early 1970s; had the potential to serve as the foundation for a television series that we can expect in the future. The year 1998 marks the beginning of “The Sopranos'” debut of its first season.

“There is only one way that I would do it, and that is if Terry [Winter] and I could create the script together. There is no other way that I could see doing it, and no approach that comes to mind for me to use to accomplish this. Chase was quoted as saying at the time, “That is something that I would be willing to accomplish.”

Jamie-Lynn Sigler and Robert Iler, who portrayed siblings on “The Sopranos”; recently featured in an advertisement that was directed by Chase and shown during the 2022 Super Bowl. The commercial was for a financial services company called Chase.

At this time, in the month of February 2022, Bloys is dropping hints that other HBO revivals are now being produced.

About the show “True Blood,” Bloys made the observation, “There were a few ideas in development; but nothing has really leaped to the forefront”. In reference to the television program “Six Feet Under”; I do not feel that it is in any way a prudent approach.

Bloys followed his statement by stating, “I would put [place] Girls in with the [series] ‘Sopranos and ‘Six Feet Under’ as not something I’m thinking about bringing back.”

In spite of this, there are a variety of ideas being examined for the next season of “True Detective”; but there has been “no status update” about the possibility of a second season of “Watchmen.”

According to Bloys, the choice about the content of the next episode of the “Sex and City” sequel “And Just Like That” is entirely up to the showrunner of the program; Michael Patrick King, as well as the actress and executive producer of the series, Sarah Jessica Parker.

Nothing Is 100% Clear About Sopranos Future Seasons…

“They are going to be put in a position where they will need to make a choice; Do they have a story that they would want to tell? “I believe they do, but they’re thinking about it and want to be sure,” Bloys added. They want to make sure that they are confident in the direction that they are going; and it is possible that we may get some insight into what they are considering in the not-too-distant future. It is a significant endeavor that requires a significant amount of time investment. My outlook is optimistic about the opportunities to achieve even more in the future. But in the meanwhile; we are holding our breath and looking forward to hearing from them so that we can find out what they think.

In nutshell, HBO has stated that it has no plans to create a Sopranos spin-off series at this time. This news will likely disappoint fans who had been eagerly anticipating another look into the lives of Tony and his family.