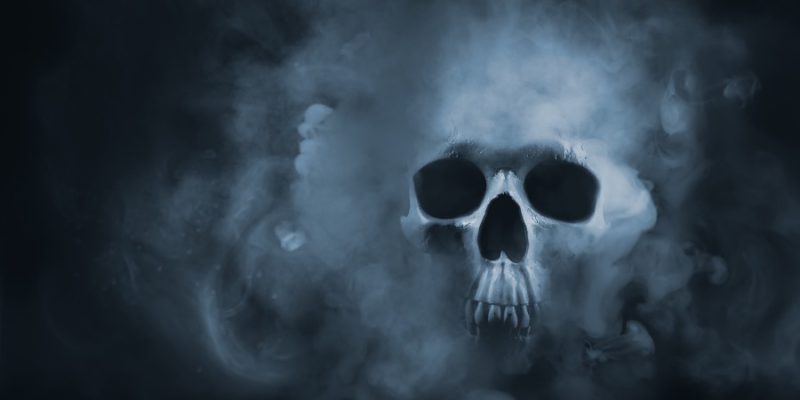 Ever since the invention of television filmmakers have tried to create Horror TV Shows in numerous ways. The Horror genre is not only popular in the film but it is very popular in the TV space as well.  Whether it is a creepy anthology series of the 60s or an early 2000s teen horror show, it brought some of the best stories on our screens.

Horror TV Shows are always trying to experiment with new storytelling techniques and fresh ideas. You will notice in this list that each show we have mentioned is different from the other one. You can say horror is a very flexible genre where different filmmakers or storytellers explore their creepy and bone-chilling ideas.

If you are a fan of Horror TV Shows then this list is just for you. We have compiled a list of our top 12 horror tv shows of all time.

We have chosen various Horror TV Shows from different eras. However, we have excluded “reality horror shows” like Ghost Hunters and the likes of it. We have only focused on fictional shows in this list.

Supernatural is a horror and mystery show that first aired in 2005. The story of the show revolves around two brothers, Dean and Sam Winchester. In the same way as their father, the brothers set out to eliminate supernatural entities that exist on Earth.

The show was hugely popular when it was released. It became the longest-running horror TV Show when its 11th season was announced.

Over the course of its various seasons, we see the Winchester brothers fighting various monsters and even Lucifer himself at one point. The show is full of action and deep storylines.

With 15 seasons in total, you will not be bored while watching it as it has something new to offer with each season.

Black Mirror is a psychological horror anthology series. The show is so good that Netflix picked up the show for their streaming service after its second season.

Black Mirror is created by satire writer Charlie Brooker. The series mainly focuses on the horrors of technology. There are no other psychological horror shows like Black Mirror that actually leave you depressed and terrified after the episode ends.

Each episode’s story is different and very well written. What makes this show impactful is the fact that it feels real. The technologies presented in the show do not seem like a far-fetched idea. Take the first episode of the show for example it deals with how uncontrolled and rapid spread of information can lead to disastrous consequences.

The actual protagonist of the show is the person watching it (quite literally if you include Black Mirror: Bandersnatch). He is left questioning himself about the future of humanity once the episode ends.

Stranger Things is a sci-fi horror show created by The Duffer Brothers. The show is set in the 80s. It follows a group of kids who are trying to uncover the mystery behind their friend’s disappearance while also dealing with a mysterious girl named Eleven who has telekinesis powers.

The show uses a lot of callbacks from the 80s which is a very enjoyable element. The creators have taken inspiration from the works of Stephen King, Steven Speilberg, John Carpenter, etc. It pays a lot of homage to the horror movies released in the 1980s.

It has a disturbing and mysterious storyline. The story slowly unfolds with each progressing episode. It will keep you glued to your seats. Stranger Things is one of the best modern horror TV shows.

Buffy The Vampire Slayer is probably one of the most beloved shows of the 90s. The show was created by Joss Whedon and became an instant hit.

The show followed Buffy Summers navigating through the hell of high school life (literally) while fighting vampires and other demons. Buffy’s encounters with the demons are the source of the show’s terrifying moments. Buffy initially started as a campy show but its popularity helped it establish itself as a great and enjoyable horror TV show.

Buffy The Vampire Slayer featured some of the coolest characters and monsters in the history of television. One of its characters named Angel was so popular that he even got a spin-off series.

A horror story set in a cold isolated location can be very effective as proved by movies like The Shining and The Thing. The Terror uses the same cold setting to tell the story of the 19th-century British Navy vessel the H.M.S in its first season. The show is based on a book of the same name which in turn was inspired by real-life events.

The Terror is an anthology horror TV show with both seasons featuring different storylines. However, both seasons are inspired by historical events. The element of horror is very well executed in both seasons of the show.

The Terror is a breath of fresh air among horror TV show fans. It has a unique way of storytelling which made it very popular in no time.

7. The Haunting Of Hill House

The Haunting Of Hill House is a chilling horror TV show created by Netflix. It is based on Shirley Jackson’s book of the same name.

The story revolves around a family over two time periods. Flashing between past and present, they confront haunting memories of their old home and the paranormal events that made them flee from it.

The Haunting Of Hill House became a fan favorite due to its amazing plot and scary moments. You might expect it to have jumpscares like Conjuring but the silence, isolation, and inescapable dread are the unholy trinity that makes The Haunting of Hill House truly scary.

Channel Zero is another anthology horror TV show on our list. It has 4 seasons which are all based on different online creepypastas.

The show is created by the mastermind behind Hannibal. The show keeps getting more and more creepy with each passing episode. From the very first episode, a creepy and eerie atmosphere is set up.

It is very gruesome, violent and it barely holds back when it comes to portraying disturbing scenes.

Channel Zero draws some parallels to American Horror Story but in reality, it is very unique and has its own thing going on for it. It is very addictive and binge-worthy because it keeps getting better with each season.

The Walking Dead is a zombie TV show based on a very popular comic series of the same name.

TWD redefined the zombie genre. It pulled in a huge number of audiences when it started airing. In summary, the plot revolves around Sheriff Deputy Rick Grimes who awakens from a coma to discover the world has fallen victim to zombies and he must lead a group of survivors to safety.

In addition to the well-written characters, the show also features a lot of zombie killing action sequences.

The Walking Dead’s ever-changing collection of baddies has contributed to the show’s simultaneous emphasis on psychological horror and gore.

The X-Files covered a lot of horror topics mainly based on sci-fi storylines. The stories can range from a psychological thriller to numb your mind to simply a bone-chilling and disturbing story.

The show follows two F.B.I. Agents, Fox Mulder the believer, and Dana Scully the skeptic who investigate the unusual and unexplained, while hidden forces work to block their efforts.

The show ran for a total of 11 seasons. It features great writing and brilliant performances from its star-studded cast.

The X-Files is a very iconic show and it will always be a huge part of television’s history. Fans from all over the globe cherish this brilliant horror TV show.

American Horror Story is created by Ryan Murphy. It is an anthology series with each season taking place at a different location or a different time zone. The show creators find new ways to scare the crap out of their audience with each passing season.

AHS has used all kinds of horror stories during its various seasons including haunted houses, terrifying killer clowns, and even some stories inspired by real-life accounts. Additionally, the characters featured throughout these stories are creepy and will give you nightmares.

In addition to the fast-paced writing and great acting, it also features great CGI and the creators do not hold back. It is just like watching a new horror movie every week.

Twin Peaks is a twisted and scary mystery show created by David Lynch. This show is considered a cult classic. It may not be mainly a “horror” show but it is disturbing and eerie. The show mainly explores the demonic nature of man and the extent of human brutality.

Twin Peaks was initially canceled after two seasons in the 90s however, due to popular demand, the creators gave us a final season in 2017.

Twin Peaks is basically a murder mystery show revolving around FBI Agent Dale Cooper’s quest to figure out who killed Laura Palmer. Moreover, the show uses surreal imagery to make it look more creepy. It features what some people consider to be the most terrifying villain in the history of television named Killer BOB.

Twin Peaks is not a show for everyone because it is somewhat slow-paced and confusing at the start. Albeit, if you are used to the works of David Lynch then you will enjoy this show thoroughly.

We can never forget The Twilight Zone when it comes to discussing horror TV shows. It was a trend-setter for all the anthology series to come.

The iconic theme song. The unsettling narration and opening by Rod Serling. Surreal stories with unpredictable twists. These are the ingredients behind the success of The Twilight Zone.

The show presented us with such stories that left an everlasting impression on us. Each episode concluded with a deep moral lesson. Rod Serling’s creepy and straightforward narrations stayed with us for a long time.

The Twilight Zone was one of a kind. There was something special about each episode. It will forever be among the favorites of horror fans.

We do not get to see a lot of horror TV shows because I think the episodic format does not suit some horror creators. However, as we have explained on this list, horror can be incorporated into TV shows very well. It is one of the most popular genres of the film after all. So, let’s hope we get to see more horror stories explored in the TV space in the coming future.

Our Top 10+ Movies Based On Comic Books

How To Choose Your First Guitar [Beginners Guide]