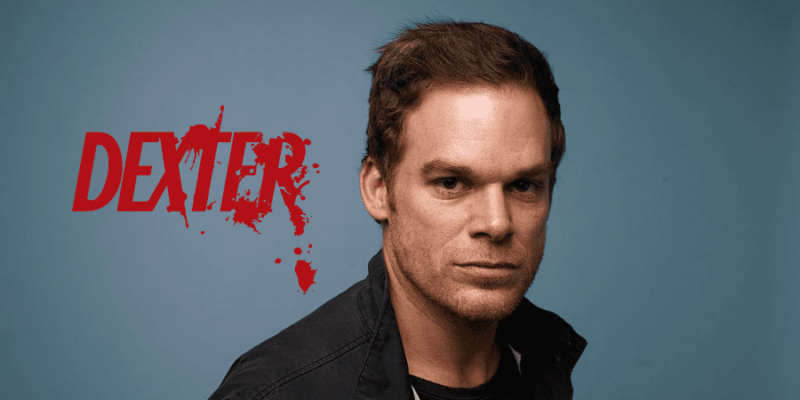 Dexter is one of the most popular crime shows. There have been a total of 9 seasons. We are going to rank them, leading to the best season of Dexter.

Dexter is quite an interesting show. The show brings an interesting take on the crime thriller genre. It shows how the crimes are committed through the eyes of the criminal mastermind, Dexter.

The character of Dexter was immortalized by the brilliant and chilling performance of Micheal C. Hall. Even during some of the lousy seasons, his acting made the show worth watching.

Before jumping into our ranking of every best season of Dexter, let’s discuss the show itself.

Dexter is a crime-thriller show. The show is based on a novel series written by Jeff Lindsay. The first book in the series was titled Darkly Dreaming Dexter.

It revolves around Dexter Morgan, a violent serial killer, living a double life. In the daytime, he works as a forensic analyst for the police department. However, in his spare time, he executes horrible criminals.

The show stars Micheal C. Hall as the titular character. Alongside him are Jennifer Carpenter, David Zayas, and Desmond Harrington.

Dexter started airing in 2006 and aired its last episode in 2013. The show saw some great success throughout its tenure. However, in 2021 a mini-series titled Dexter: New Blood started airing which is currently ongoing.

Even though every season of Dexter was popular that doesn’t mean that all of them were equally good. This is why we have ranked all the seasons of Dexter in terms of quality and fan preference (including Dexter: New Blood).

There might be some spoilers throughout the article so if you’re currently watching the show please be careful. So let’s begin our list and find out which is the best season of Dexter.

In this season, Dexter tries to discover more about his past while Deb is plagued with remorse. After killing LaGuerta. Dexter also has to deal with another serial killer, Oliver Saxon.

Since season 8 was the last season of the show, fans had huge expectations from it. However, the season left a sour taste in their mouth. All the character development from the previous season was lost just for the writers’ convenience.

Specifically, the last episode received a lot of fire for providing a poor conclusion to an otherwise sophisticated and engaging series. It was extremely divisive. Furthermore, it was poorly written when you compare it with previous seasons and the entire season felt rushed.

Even though season 8  was ambitious, it failed to give fans a satisfying finale. That is it is far away from being the best season of Dexter.

In season 6 of Dexter we witness a weird string of murders inspired by the Bible’s “end times” prophecy Naturally, Dexter takes it upon himself to figure out who this “Doomsday Killer” is. The season started airing on 2 October 2011. It consisted of 12 episodes as usual.

Even though the plot of this season sounds interesting, it is actually quite poorly executed. It falls flat on its face. Furthermore, this season has slow pacing and some outcomes are quite predictable.

The best episodes in this season were “Those Kinds of Things,” “Just Let Go,” and “This is the Way the World Ends.”

This doesn’t mean the season was entirely bad. There are some good elements about it such as the depiction of murders committed by the Doomsday Killer. However, the killer himself was quite uninteresting. This season ends on a cliffhanger which was also quite thrilling.

Season 6 of Dexter is full of plot holes and inconsistencies. To make matters worse, this season miserably fails at answering some of the questions it presented before the audience. All these negatives strip away all the chances of it becoming the best season of Dexter. It is actually nowhere near it.

Coincidentally, the next season on our list is Season 5. Premiering on 26 September 2010, this season starts right off from the finale of season 4. Most of the cast of the previous season returned here, of course except for a few.

The storyline follows Dexter as his behavior becomes troublesome after bearing the loss of his wife, Rita. He commits a wrongful murder as he tries to cope with his rage and sadness. Then he resolves to help Lumen Pierce, a lady who has been abused.

Even though the prior season of Dexter is held at such a high place, this one failed to deliver. It was watchable but didn’t keep the same quality as the prior season. Apart from a few episodes, watching the season feels like a chore at times.

However, it is definitely one of the best seasons of Dexter when it comes to developing the personality of Dexter. This season also introduced us to Lumen (played by Julia Stiles) who proved to be a good companion for Dexter.

The best episodes of this season are My Bad,” “Teenage Wasteland,” and “The Big One.”

The third season of Dexter premiered on 28 September 2008. It featured Dexter working alongside a partner, assistant district attorney Miguel Prado. Moreover, Rita finds out she’s pregnant and tells Dexter she’ll keep the child and raise him with or without his help. He eventually proposes marriage to Rita, which she accepts.

The best episodes of this season were  “Our Father,” “The Damage a Man Can Do,” and “Do You Take Dexter Morgan?.”

Season 3 of Dexter wasn’t really bad. It was quite ambitious and helped establish some characters for the long run. All the drama surrounding the friendship between Dexter and Miguel provides a lot of entertainment. It is one of the best earlier seasons of Dexter.

Moreover, this season proves how excellent writing can be a crucial element when it comes to TV shows. Season 3 aims to study Dexter. It explores why he is such an engaging protagonist, as well as how fans might have been convinced to believe he’s a hero rather than a lesser monster.

Overall, the third season of Dexter was quite good. It might not have been an improvement over the prior seasons but it was not a disappointment either. It deserves to be the 6th best season of Dexter.

While this entry is not technically a Dexter season. It is essentially a revival of Dexter but Dexter: New Blood provides some extension to the original storyline.

Dexter: New Blood is a mini-series that takes place 10 years after the events of the show’s original finale. Dexter Morgan has relocated to the fictional tiny town of Iron Lake, New York, where he hides his identity as Jim Lindsay, after faking his death in a hurricane ten years ago.

He is in a romantic connection with the town’s police chief, Angela Bishop, and has been able to keep his vigilante serial killing urges under control. Dexter’s deceased sister Debra has taken the place of their father Harry as an imaginary presence with whom he frequently communicates.

This mini-series takes a similar route to El-Camino (Breaking Bad spin-off movie).  However, Dexter: New Blood has somewhat redeemed the original finale which was considered a disappointment.

It was quite fun to see Micheal C. Hall portraying this character one last time and giving fans the ending they deserve. Dexter: New Blood is overall entertaining and a huge improvement from the disappointing last season. That is why it deserves a spot on our ranking of the best season of Dexter.

Dexter’s season 2 premiered in September 2007. This season featured 12 episodes and the best episodes were  “That Night, A Forest Grew,” “There’s Something About Harry” and “The British Invasion.”

In this season of Dexter, after killing his brother, Brian Moser, Dexter puts his Dark Passenger to the test. He also has to cope with his girlfriends Rita Bennett and the obsessive Lila West’s relationship problems. Moreover, he has to deal with The Bay Harbor Butcher.

The second season of Dexter provided the little push it required after the strong first season. After the season 1 finale, the show didn’t take time to shuffle things up a bit. Season 2 kept the show fresh and running. It deserves its spot as the 4th best season of Dexter.

This season also provides an insight into the head of the protagonist. It gives us a better understanding of how things work inside Dexter’s head. Moreover, it portrays Dexter’s killing addiction as drug addiction. In short, it is one of the most unique and best seasons of Dexter.

Premiering on September 30, 2012, the 3rd best season of Dexter is its 7th season. This season features Dexter confronting the Koshka Brotherhood. He is also divided between his attachment to Debra, his adoptive sister, and his new love, Hannah (a serial killer).

The 3rd best season of Dexter was a new hope for the fans after a mediocre previous season. This season has a lot going on for it yet it doesn’t feel like a mess. Moreover, the season gives us a great, multi-layered antagonist.

Dexter’s relationship with his sister was the best part of this season. The way the creators have portrayed their dynamic relationship is simply beautiful.

Interestingly, this is the first season in which none of the main antagonists are killed by Dexter since Isaak Sirko is killed by George Novikov and LaGuerta is killed by Debra. Season 7 is considered the best season of Dexter during the second half of its lineup.

The one that started it all. Season 1 of Dexter is very important and quite good. The second best season of Dexter started airing on 1 October 2006. Naturally, this season helped establish the world and main characters in the show.

Season 1 is written in such a way that it tells the complete story and none of the strings are left untied. While there are some sub-plots for future exploration however the season also works perfectly as a stand-alone.

This season was adapted directly from Darkly Dreaming Dexter. It revolves around Dexter Morgan, a serial killer who is also working as a forensic assistant at the police department. During this season, he becomes embroiled in several police cases while simultaneously engaging in a cat-and-mouse game with another serial killer.

The very first season of any show holds significance for establishing the roots of the show and the protagonist. Season 1 of Dexter does that job beautifully and is quite remarkable. It is an amazing adaptation of the source material.

In terms of the best season of Dexter, it is only beaten by one other season.

Dexter’s season 4 revolves around Dexter, as a parent and husband. He is trying to find out how to exist for the foreseeable future. He wants to learn from Arthur Mitchell, a serial murderer and family guy who has been murdering for almost thirty years without getting caught.

This season goes in-depth with the character of Dexter. It explores another side of him which brought a lot of fresh new ideas to the table. Moreover, this season’s antagonist is probably one of the best villains on screen.

Speaking of the antagonist, John Lithgow gives a very beautiful performance. His performance is one of the reasons why season 4 is considered the best season of Dexter.

Overall, Season 4 of Dexter is undoubtedly the best season of Dexter because of its writing, great antagonist, and a lot of character development. It gives fans what they love about the show.

Our Top 15 Romantic Classical Music Of All Time