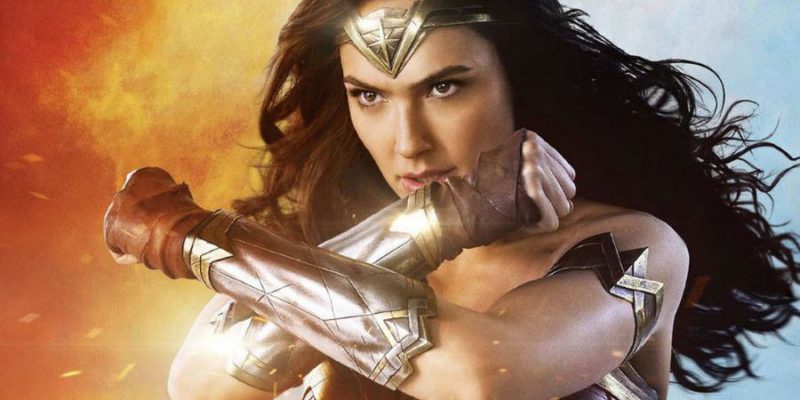 Long gone are the days when action movies were specifically associated with strong male characters. From time and time, women have proven that they can also fight multiple bad guys and deliver badass one-liners.

Female-led action movies and TV shows are becoming quite popular. These movies and shows portray women stepping into the forefront in their own right. Whether it is a brutal gunfight or a swordfight, these strong women have proven that they can get through anything.

If you are a fan of action movies/tv-shows and love seeing badass women portrayals on-screen then look no further. We have picked the 10 best female-led action movies and TV shows for you.

We’ve specifically chosen entries that contain a female in the lead role. If we were to discuss movies with strong-headed women, we’d probably never be able to complete it. So to keep things simple and interesting, here are our favorite female-led action tv shows and movies.

The Old Guard is an action/fantasy film, based on a graphic novel. It revolves around a secret group of immortal mercenaries led by Andy. However, when their identities are risked as a new member is discovered, they must fight together to survive.

The film was released by Netflix and was probably one of the best action films of 2020. It featured some amazing action sequences. Charlize Theron is an expert when it comes to portraying strong lead characters and she doesn’t disappoint here as well.

If you are looking for something simple yet very entertaining then give The Old Guard a shot. It will keep you hooked till the very end.

Rogue One: A Star Wars Story is a sci-fi action film. The story makes it a prequel to A New Hope. It revolves around a band of misfits on a mission to steal the plans of the Death Star. This group is led by Jyn Erso, a former soldier and criminal.

Rogue One is the best modern Star War film in my opinion. It is a darker and more serious approach to the Star Wars franchise. Director Gareth Edwards has done an amazing job shooting this film. It has beautiful cinematography in addition to good pacing.

Felicia Hardy shines as Jyn Erso, the leader of the group. Her performance is quite phenomenal, and this is one of her best works. Furthermore, the action scenes are very well shot. It indeed feels like a war movie. This is a worth-watching film if you love Star Wars or sci-fi movies.

Buffy The Vampire Slayer is a horror/fantasy tv show. This show focuses on Buffy Summers, a high-schooler attempting to fight evil forces and monsters surrounding her and her loved ones. She is occasionally aided by her group of friends.

This show was a fan favorite of everyone who grew up in the 90s or early 2000s. It was a huge success. Sarah Micheal Geller portrayed the likable and strong-headed Buffy. The show was important. After all, it helped normalize female-centric (non-comedy or romantic) shows.

Many people have nostalgic memories associated with this show. In fact, I am one of them. Buffy the Vampire Slayer is one of a kind shows.

It takes place in an alternate reality where cops are allowed to conceal their identity behind masks. Angela Abar, one of these cops, takes on the persona of Sister Night and confronts racists while dealing with the vigilantes’ decades-long legacy.

The entire series is full of mystery, thriller, and action. Moreover, it has a very mature theme and tackles the sensitive issue of racism with grace. Regina King portrays the lead role of Angela Abar. Her performance was praised by everyone. She gives a striking and emotionally complex performance.

If you are a fan of the original graphic novel, then give this series a go. You won’t be disappointed.

Aliens is a sci-fi/action film. It is a direct sequel to the 1979 film, Alien. It follows Officer Ripley who awakens from hyper-sleep fifty-seven years after surviving a catastrophic attack aboard her space spacecraft by vicious space creatures. However, she needs to fight an entire colony of these creatures this time.

The first movie was borderline horror however this time around the director goes all in with the action. Sigourney Weaver makes her return as Officer Ripley. Her badass portrayal and action sequences have cemented her as one of the best female action heroines.

Aliens follow a perfect formula for a successful action movie. The plot is tense, yet it is occasionally broken by some of Hollywood’s most unforgettable one-liners. It is not just an excellent female-led action film, it is a masterclass in making a sci-fi action film.

Queen of the South is an action/crime/drama tv series that started airing in 2016. The premise of the show revolves around Teresa Mendoza, a lady forced to flee Mexico and take shelter in America after her drug-dealing partner is killed. She settles in Dallas intending to become the country’s top drug dealer as well as avenge her lover’s murder.

Alice Braga portrays the role of Teresa Mendoza, a ruthless and fierce cartel boss. She is a force to be reckoned with. Even though she faces many threats throughout the show she always comes on top.

Overall, Queen of the South has a great story with good characters and action-packed intelligent storylines. You will have a good time watching it.

Jessica Jones is an action/mystery show based on a comic book character by Marvel. The show revolves around Jessica Jones who has been rebuilding her personal life and profession as a hot-tempered, sarcastic private detective in Hell’s Kitchen, New York City, ever since her brief time as a superhero ended in tragedy.

Even though this show is created by Marvel and is part of the MCU, comparatively it has a much darker and mature tone. Krysten Ritter portrays the role of Jessica Jones. She has been cast perfectly. Her sarcastic and tough personality brings a unique charm to the character.

She faces off against a ghost from her past named Killgrave (portrayed by David Tenet). He is the real highlight of the first season and is a fitting antagonist. If you are a fan of gritty superhero stories, then this is the one for you.

Wonder Woman is an action/war movie based on a famous comic character of the same name. It revolves around Diana Prince, an Amazonian warrior, who leaves her island to fight a battle when a pilot accidentally crashes on it. She discovers her true capabilities and her destiny.

When it comes to female-led action movies, Wonder Woman is a trendsetter. It is the first mainstream female superhero film. Gal Gadot beautifully portrays the fierce Amazonian-warrior with a kind heart.

The theme song gives us the chills every time Wonder Woman enters the battleground. It is a very well-made superhero film overall.

Crouching Tiger, Hidden Dragon is a Chinese action-adventure film. A young Chinese fighter takes a sword from a renowned swordsman and then embarks on a journey with a STRANGE man in the country’s outskirts.

The young female warrior is portrayed by Michelle Yeoh. She is very impressive in this role. Her performance is extremely powerful, and her action sequences are flawless. Moreover, all the actors did most of their own stunts.

This film is a great action film, no doubt about that, however, it is also poetic and visually breathtaking. It is a unique take on the martial arts genre of films. It may be a little slow at first because it takes time to set things in place. The film is available on Netflix so you can watch it right now.

It is impossible to compile a list discussing bad-ass female action heroines without mentioning The Bride. Kill Bill is a two-part movie series that revolves around a mysterious woman known simply as The Bride who wakes up from a four-year coma. She intends to get vengeance on the assassins who betrayed her.

Kill Bill is hands down the best female-led action movie to this day. Uma Therman portrays the iconic role of The Bride. She has a cold and unforgiving attitude throughout the movies. She made the role so iconic that it is still a huge part of pop culture.

Kill Bill movies are directed by Quinton Tarantino, and it is a set of violent, gory, and adrenaline-filled action movies that people love to see. Moreover, the movies have a memorable soundtrack to go along with the brutal action sequences. In other words, these movies are a masterpiece.

Generally speaking, female-led movies are flourishing in the film industry. These movies and TV Shows are a great way of defeating stereotypes and introducing strong female characters to pop culture.

These properties open the door for many female filmmakers who want to share their experiences and stories. We as an audience should support such (good) films and TV shows.

Our Favorite Top 10 Christmas Movies Of All Time