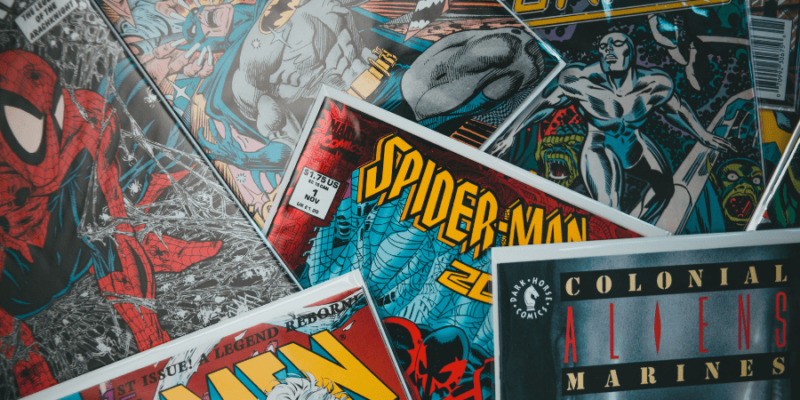 Comic book storylines have been a part of our world for more than 80 years now. The main focus of comic book stories is on superpowered individuals who devote their life, fighting injustice and crime. However, many non-superhero comic book stories have received a movie adaptation. They are usually not very well-known due to their unknown characters and lack of marketable aspects.

Movie adaptations of comic books are generally very popular among teenagers and grownups alike. Hence, the popularity of these movies among various groups of audiences is the main reason more and more studios are making comic book adaptations every year.

However, with the increase in the number of comic book movies produced each year, it is quite hard to keep track of the good ones.  So, we have prepared a list just for the comic book fans out there who are looking for more suggestions. Here are our top 10+ movies based on comic books.

We have made sure to include a few non-superhero comic book movies as well to diversify the list. All the movies on this list are either adapted from a comic book character, a story arc, or a graphic novel.

Zack Snyder is probably the most polarizing figure when it comes to making comic book adaptations. His movies have a very unique and distinctive feel. Some people love his style while others think it is unnecessary.

However, it is undeniable how faithful his adaptation of Watchmen (written by Alan Moore) is. The whole movie is a 3+ hour long page-by-page adaptation except the ending. It is very hard to make a page-by-page live action comic book adaptation. It divided fans and critics when it was released but over the years it has developed a big fan following.

The movie is a visual treat and features some of the best performances in a comic book movie. If you are a fan of Snyder’s work you would love Watchmen.

The Avengers was a game changer for the superhero movie genre when it was released. It redefined modern comic book movies and was a blueprint for superhero team-up movies.

The fans got to see all their favorite characters come together on the big screen so they were definitely excited.

The Avengers was directed by Joss Whedon. It featured a cast full of talented actors including Samuel L. Jackson, Robert Downey Jr, Scarlet Johanson, and Mark Ruffalo among others. It was a pay-off, fans were looking forward to. The movie was insanely successful thus it inspired other studios to establish a “cinematic universe” of their own.

The Avengers is fun, meaningful, and full of action. It was one of the most ambitious movies based on comic books for its time. It is incredible to see how far we have come in terms of comic book adaptations.

Batman was not always established as the serious, brooding vigilante we all know and love today. In fact, he was considered campy and friendly during the 60s and 70s (owing to the Silver Age of Comics and Batman tv show released in 1966).

However, everything changed about the character when Tim Burton decided to adapt it on the big screen. Batman (1989) AKA Tim Burton’s Batman was a gothic, dark and serious take on the character. The movie established a reputation for the character of Batman.

Micheal Keaton portrayed Batman in the movie and he was faced off against Jack Nicholson’s Joker. The film looked visually beautiful and it did justice to Batman and Gotham City. We continue to see the influence of the film on other Batman adaptations even to this day. For instance, Batman: The Animated Show was inspired by the dark and gritty tone of Burton’s movies.

Sin City is truly a masterpiece in terms of filmmaking. It does not get enough recognition among comic book movies. Robert Rodriguez alongside Frank Miller created a wonderful experience that was way ahead of its time.

People often overlook the film due to its excessive and over-the-top violence and a lengthy runtime but in reality, the film is one of the best and most faithful comic book adaptations to this day.

Scott Pilgrim vs The World is a comedy film based on the works of Bryan Lee O’Malley. The film is directed by the master of visual comedy, Edgar Wright.

Scott Pilgrim vs The World is colorful, fun, and very entertaining in the same way as the comic book. It was a breath of fresh air among the other serious comic book movies of that time. It was unique and hence quickly generated a huge fanbase.

Micheal Cera portrays the dorky Scott Pilgrim in the film and he does a great job bringing out the quirkiness of the character on screen. He is just perfect for the role.

The movie plays out like a video game similar to the original comic book. Edgar Wright has handled the source material very well. The ending will hit you out of nowhere. It is an overall hilarious and visually spectacular movie.

Wonder Woman is the first movie adaptation of the popular comic book warrior named Diana Prince. The film is directed by Patty Jenkins and Gal Gadot reprises her role as Wonder Woman.

The film is set in World War 1 and we see a naive Diana Prince exploring the modern world. It is full of action sequences which are a great way to showcase the strength of the titular character.

The movie serves as an origin story for Wonder Woman but it is very different from other origin stories we have seen in the past. The character development of Wonder Woman is very admirable. The movie would be incomplete without the wonderful performance by Gal Gadot.

Additionally, It features some of the best action and fight sequences we have ever seen in comic book movies. Even though there is some overuse of slow motion, it does not take you away from the overall action.

Joker is probably one of the most iconic villains in the history of comic books. His shadowed persona in addition to his unknown origins makes him an intriguing character.

Joker is directed by Todd Phillips. It is an attempt to study the roots of this insane and evil character. The film is in fact a character study that deals with mental illness, societal pressure, and the class system. The film is dark, gritty, and will give you a reality check.

Joaquin Phoenix portrays Arthur Fleck, a comedian who is simultaneously dealing with mental health issues and taking care of his sick mother. His performance will send chills down your spine.

If you are looking to watch something fresh and are in love with the character of Joker then this movie is perfect for you.

Spider-Man 2 features Alfred Molina’s Dr. Octavious who faces off against Tobey Maguire’s Spider-Man. The character development of both these characters is smooth and perfect.

The film is thrilling to watch and perfectly captures the essence of Spidey. It takes the best elements from the first installment of the film and turns the dial-up to a max. All the action scenes are great and the movie ends on a very satisfying note.

Also, don’t forget the tie-in video PS2 video game we all played at least once in our childhood.

Captain America: The Winter Soldier is the 9th installment in the Marvel Cinematic Universe. It is directed by the Ruso Brothers.

Captain America: The Winter Soldier provides back-to-back action during its runtime. The great cast of characters never disappoints. They all have great chemistry and an infectious presence on screen.

Additionally, the film features an intimidating antagonist in the form of The Winter Soldier. Sebastian Stan has done a marvelous job portraying this character.

The film uses all the good elements of the previous installments and blends them. The result is a near-perfect comic book movie. It is presented as a spy thriller and mystery movie. You will not be bored for even a single moment during the film.

Logan is the last movie in the X-Men franchise, featuring Hugh Jackman as Wolverine. The film is directed by James Mangold and is based on the Old Man Logan storyline. As always, Hugh Jackman shines in the lead role again.

Logan is gritty, violent, and emotionally powerful. The film is the best representation of the character so far. It may sound like a serious and emotionless film however, there are moments in the film where you will genuinely feel for the characters.

Surprisingly, the movie is very grounded. It does not use too many VFX shots or fancy and shiny costumes yet it looks visually pleasing. The realistic portrayal makes the movie so much better.

The best way to describe this film is as a slow-burn western with Wolverine as the protagonist. It is a must-watch for every X-Men fan.

Avengers: Infinity War brought almost all the characters in the MCU together in one movie. It was a very ambitious movie and it delivered. It did not disappoint and Marvel fulfilled their promises.

The main highlight of the film is of course the villain, Thanos. Unintimidating villains have been a long-running problem throughout the MCU as well as other superhero movies (with some exceptions). However, since the very first Avengers movie the arrival of Thanos has been building up and in this movie, it finally paid off.

Thanos is one of the best villains in cinematic history. His intentions are clear and his presence is menacing.

The film does not hold back and goes all in. It is not afraid of the grand scale and consequences. Its biggest achievement is that it manages to give practically every member of its somewhat overcrowded cast at least a few moments to shine.

If we discuss movies based on comic books it is impossible not to mention the amazing trilogy of Batman movies created by Christopher Nolan.

The second entry in the trilogy is named The Dark Knight. It is considered the best comic book movie to this day. The main reason behind its success is the performance of Heath Ledger as the Joker.

The movie takes a realistic approach while dealing with its world and characters. Everything is very intricately crafted and well-done.

The Dark Knight is the best live-action Batman movie. The movie perfectly captured the rivalry between Batman and The Joker. The character of Joker might not have been this much popular if it weren’t for Heath Ledger’s performance.

The Dark Knight is truly a masterpiece. It is not only a great comic book movie, it is a great movie in general.

15 Of The Best Guitar Hero Songs Of All Time

Our Top 12 Horror TV Shows of All Time