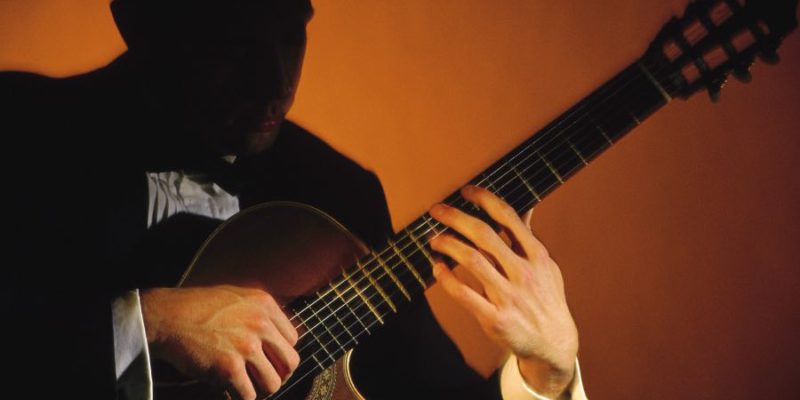 This list stands as a basis for further research, learning opportunities, and listening pleasure. Of course, it is not supposed to be a sort of definite ranking. Rather, this article is intended to inspire classical music enthusiasts and open a wide window of exploration.

World-renowned classical guitarist and guitar teacher Pepe Romero is renowned for colorful musical interpretation and solid technique. He started at an early age as his father Celedonio Romero is also a legendary classical guitarist. By the age of seven, Pepe performed on the live stage. Pepe has performed the finest composer’s work of the 20th century and also made a handful of classical compositions.

Washington Post mentioned Marcin Dylla as one of the most classical guitarists of the earth. He has won 19 first prizes at the most prestigious international competitions from 1996-2007. His live concert video recording for Mel Bay Publications and CD recording for Naxos appeared in the Naxos ‘Top 10 Bestselling Albums’ in September 2008.

Child prodigy Ana Vidovic came from a music enthusiast family. By the age of seven, she gave her first public performance. She studied with Manuel Barrueco at the Peabody Conservatory and completed her graduation in 2005. Ana Vidovic has won a significant number of international competitions.

Ana Vidovic’s sense of using crescendo and decrescendo to create tension and relaxation in classical music deeply amaze me.

Scottish classical guitarist David Russell was led into music at an early age by his father who is also a guitarist. He learned to play music by ear before he could read music. David was deeply influenced by the music of Andrés Segovia. He can also play violin and French horn.

NPR describes Grammy award winner Jason Vieaux as the most precise and soulful classical guitarist of his generation. His lengthy discography includes the 2015 Grammy Award-winning album for Best Classical Instrumental Solo, Play, from which the track “Zapateado” was selected as one of NPR’s “50 Favorite Songs of 2014 (So Far).”

The Washington Post said about Christopher Parkening “the leading guitar virtuoso of our day, combining profound musical insight with complete technical mastery of his instrument.”

The New York Times described his playing as “so intelligent, sensitive and adept that one can forget everything but the music.”

American classical guitarist, Sharon Isbin, began her classical guitar studies at the age of 9 in Italy. She took lessons from Andrés Segovia, Oscar Ghiglia and Alirio Díaz. She studied at Yale University and completed her master’s in music. Sharon won the first prize of the Toronto Guitar 1975 competition and won a Munich competition as a first guitarist.

Ali Arango has won many world competitions including the Andrés Segovia Competition 2017 and the Alhambra International Guitar competition 2014. He is also a guitar teacher in Tonebase, an online music learning platform with world-renowned musicians.

Xuefei Yang is the first Chinese classical guitarist globally recognized for her resonant sound and collaborative contribution. Yang and tenor Ian Bostridge study music of all ages on their album Songs from our ancestors. It’s also worth listening to Milonga del Angel, a South American and Spanish recording featuring Yang and violinist Mengla Huang.

Liona Boyd won the Juno award five times. Her romantic and exceptional style of classical guitar playing has won the heart of millions of classical music lovers. She has played solo and orchestral concerts around the world and also runs her own television show. Liona has published 28 albums and many of them are platinum and gold-selling albums.

Scottish classical guitarist Paul Gilbraith is famous for his unique playing style. He won the silver medal at the Segovia International competition in 1980 at the age of 17 only. The Complete Solo Bach Violin Sonatas and Partitas (DE 3232), a double CD by Paul Galbraith, was nominated for a Grammy Award in the category of Best Solo Instrumental Album in 1998.

Brazilian guitarist and composer Sérgio Assad often performs with his brother Odair Assad in guitar duos. He learned to arrange and write music compositions by the age of 14. As a composer, Sérgio has completed over fifty classical guitar compositions.

Michael Lucarelli, an award-winning acoustic guitar soloist, is noted for his eclectic programming and expressive style, which includes original compositions as well as rock, traditional, jazz, classical, and Latin music.

Kazuhito Yamashita started practicing classical guitar at the age of eight with his father. He won the All Japan Guitar Competition when he was just sixteen. Yamashita has recorded 83 albums. His work includes repertoires for solo guitar, guitar concertos, chamber music, and collaborations with other renowned musicians.

Gifted composer, improviser, and classical guitarist Dušan Bogdanović have explored many languages of music that reflect in his unique style of classical, jazz, and ethnic music playing. As a solo guitarist and in collaboration with other talented musicians, Bogdanović has toured significantly in Europe, America, and Asia.

Russian classical guitarist Irina Kulikova is an ambassador of pure and heartwarming performance. She performs at major festivals in Europe, North America, and Asia, as well as concert halls such as the Amsterdam Concertgebouw, Moscow’s Tchaikovsky Theater, Valencia’s Palau de la Musica, Tokyo’s Musashino Hall, and Shanghai’s Oriental Arts Center. Irina Kulikova has won over 30 awards for her talent, including first prizes in Michele Pittaluga’s competition in Italy, Guitarra Alhambra in Spain, Forum Gitarre Wien in Austria, and Iserlohn in Germany.

Australian classical guitarist Craig Ogden is called a worthy successor of Julian Beam by the BBC Music Magazine. He started at the age of seven and became the youngest instrumentalist to receive a Fellowship Award from the Royal Northern College of Music in Manchester. Craig has played concertos with many of the world’s top orchestras in Latvia, Russia, South Africa, Denmark, Spain, Sweden, Germany, and Australia.

Milo explains the moment as “love at first listen” when he first picked up the antique guitar that had been collecting dust around his childhood home in Montenegro. At the age of 14, he decided to study music at the prestigious Royal Academy of Music. Milo’s early recordings, “Mediterraneo” and “Latino,” were big hits, and his 2014 recording of Rodrigo’s concertos with the London Philharmonic Orchestra and Yannick Nézet-Séguin earned him the title of “King of Aranjuez” in the Sunday Times.

American classical guitarist David Tnenbum made his concert debut at the age of 16. He has since developed a reputation as an ardent promoter of new music for his instrument. In 1984, he gave the world premiere of Peter Maxwell Davies’ Sonata.

Grammy award winner, American classical guitarist Scott Tennant is a member of Los Angels Guitar quartet. He started learning music at six. Tennant has performed as a guest artist on big guitar festivals and music series all around the world. Scott Tennant is the author of the Pumping Nylon series of instructional books and repertoire manuals with DVD.

Swedish classical guitarist, composer, and guitar teacher Per-Olov Kindgren started practicing music at the age of six. His work varies from Bach to The Beatles. Per-Olov Kindgren likes to characterize his compositions as wordless songs.

French classical guitarist Emmanuel Rossfelder started music when he was five. At the age of 18, he won the Conservatoire de Paris competition. At the Victoires de la musique classique , he was declared as Instrumental Soloist Revelation of the Year in 2004.

Brandon J. Acker is a classical guitarist and lute, baroque guitar, and theorbo expert. His most recent hobby has been running his famous YouTube channel, which has over 260,000 subscribers and 14 million views. The channel features instructional videos about early plucked instruments, as well as guitar lessons and videos of artistic performances.

His passion for education led him to co-found Arpeggiato, an online music school with his wife. I have been following Brendon’s channel from the beginning. His guitar tip video about tremolo encouraged me to learn the technique.

From the above list, who are your favorite classical guitarists? Have you discovered anyone new? Also if you have any better suggestions, let me know in the comment section.

In this article, I have rounded up 6 things every beginner guitar player ...

How To Choose Your First Guitar? [Beginners Guide]

Wondering which guitar should be your first? Read through the end to discover ...

15 Of The Best Guitar Hero Songs Of All Time

We have curated a list of 15 guitar hero songs from the vast ...