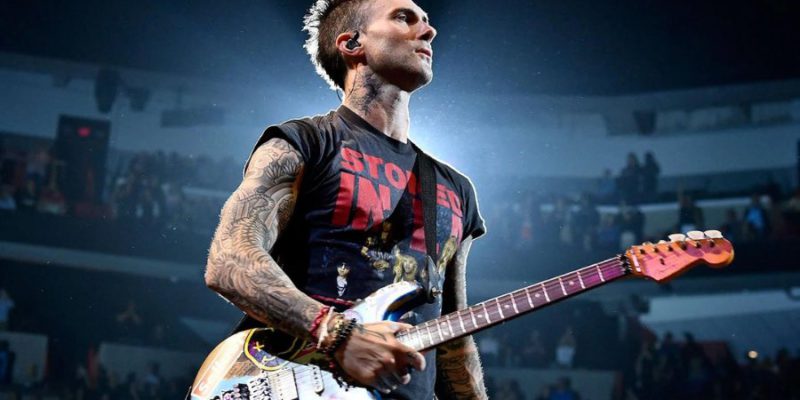 Today we will talk about some of the best Maroon 5 songs along with the band’s music style, history, success, and many more. Maroon 5 is an American pop rock band formed in Los Angeles, California, in 1994.

The band was originally known as Kara’s Flowers. Under that name, they released the studio album “The Fourth World” in 1997, which received an unenthusiastic response. After that, the record label dropped the band, and the members focused on college.

Then, in 2001 the band re-appeared as Maroon 5 with renewed influences and released their first debut studio album, “Songs About Jane,” in 2002. With three hit singles, the album was a huge success that peaked at the top six on the Billboard 200 albums chart. Since their formation, Maroon 5 has released seven studio albums.

There are a few groups out there that lasted as long as Maroon 5 has. But, they have kept up with the times to create hit songs without changing the core of what makes them a great band. A band formed in the 2000s is still going strong. They are one of the world’s best-selling music artists selling more than 135 million records.

“Animals” is the second single from Maroon 5’s fifth studio album, V. The song was written by Adam Levine in collaboration with Benny Blanco and produced by Shellback. The song was a huge success peaking at number three on the US Billboard Hot 100 giving them their 10th top ten singles in the US.

This song is one of the best Maroon 5 songs I have ever heard, with a catchy chorus and a good beat. This is one of those songs that plays on the back of your head after you listen to it once. The song has a creepy and dark atmosphere accompanied by a bloody music video, despite which it garnered great success in the industry.

The song was released as the lead single for the band’s fifth studio album, V. Adam Levine in collaboration with Ammar Malik wrote the song. Certainly, Ammar Malik is a pop legend, responsible for many of the band’s greatest hits and other artists.

However, dance-pop has a deep influence on this track. It reached the top 20 in over 25 countries, peaking at number one in US adult billboard top 40 charts.

For instance, the song is very catchy with a great rhythm. At the same time, the chorus of the song is very memorable. In addition, the accompanying music video has a taut narrative as the events of a house party gone wrong play backward.

“Daylight” was released as the third single for the band’s fourth studio album, Overexposed. Adam Levine co-wrote the song with Max Martin. The song slowly peaked at number seven on the US billboard hot 100 charts. For the song’s music video, the band asked their fans to send videos sharing their love-hate stories. Therefore, the official music video of the song was created by compiling them under the direction of Jonas Akerlund.

From my perspective, a best maroon 5 songs list is incomplete without this gem of a song.

And when the daylight comes I’ll have to go

But tonight I’m gonna hold you so close

‘Cause in the daylight we’ll be on our own

But tonight I need to hold you so close

I just had to sing it right now !! And the official music video !! You have to watch it. The video tells stories of the hardships of many people worldwide and how they recovered from them and inspires others who are suffering to do the same.

The song was the lead single for Maroon 5’s fourth studio release, Overexposed. The song was a huge success, topping charts everywhere and selling millions of copies. “Payphone” debuted at a strong number three on the Billboard hot 100 and later peaked at number two. It also topped the charts in the UK, making it the first-ever song to do so for the band. Payphone was the world’s fifth best-selling single of 2012.

The music video of “Payphone,” directed by Samuel Bayer, was nominated for the best pop video category on the MTV Video Music Awards.

The song is a melodic gem created in collaboration with the amazing American rapper Wiz Khalifa. Despite the song’s upbeat nature, it is actually a sad song that describes a love story that ended abruptly. Some people also describe the music video as a short action film.

“Sugar” was the third single for the band’s fifth studio album, V. The song was written by Adam Levine, Mike Posner, Dr.Luke, and Jacob Kasher Hindlin. It peaked at number two on the US billboard hot 100 and was the band’s third hit from the album V. Moreover, the track also topped in both adult pop and mainstream pop charts. In addition, it won the So Happy – Best Song That Makes You Smile category of the Radio Disney Music Awards.

The accompanying music video took place in Los Angeles under the direction of film director David Dobkin. It features Maroon 5 crashing weddings happening around the city. The official music video on youtube has more than 3.5 billion views.

The light nature, upbeat chorus, and great lyrics do not fail to bring a smile to your face.

She Will Be Loved

“She will be loved” is the third single from the band’s debut breakthrough album, Songs About Jane. Certainly, It was an album that paved the way to success for the band and showed us their potential. The single is no doubt a classic and one of the best Maroon 5 songs.

It was written by the band’s lead singer Adam Levine and lead guitarist James Valentine. “She will be loved” was a chart-topper in Australia for five consecutive weeks. Besides, it peaked at number five in the US and number four in the UK. Subsequently, the song earned a Grammy Award nomination for Best Pop Performance By a Duo or Group With Vocals.

The song’s official music video was about a mother-daughter love triangle with the lead singer. Moreover, Kelly Preston played the role of the mother in the video.

Above all, the song is very beautiful and heart-warming. It gives the notion that no matter who you are, you are beautiful and you will be loved.

“One more night” is a reggae-influenced pop song released as the second single for the band’s fourth album, Overexposed. The song was a huge hit, spending nine weeks at the number one spot on the Billboard Hot 100.

The success of the music video was no less than the song. It was directed by film director Peter Berg that features Adam Levine as a boxer who fails to keep together his family because of his work.

One more night is one of those songs that will mislead you with its lyrics; at least, that’s what it feels like. From the beginning, the song starts with quite an upbeat rhythm and with almost the impression of a party song. As a result, you might have this unfathomable urge to dance to its beat of timed, fast, and slow-paced beats. But, the lyrics say a totally different story. Somewhat of giving the man a chance and thus “One More Night.”

One of the best Maroon 5 songs Memories was based on the loss of Levine’s friend and the band’s manager, Jordan Feldstein. However, the song is for everyone who has experienced loss in their life.

“Memories” was the lead single of the band’s seventh and latest album, Jordi. The song peaked at number two on the Billboard Hot 100 charts giving the band their 10th top-five track and 15th top ten track.

Memories are what make us humans. Though memories can be hurtful they can also be beautiful. Certainly, the sole purpose of this song was to say to cherish memories of the lost ones and celebrate with the ones that are here.

Featuring Christina Aguilera, “Moves like Jagger” was the fourth and final single from the re-release of the group’s third album, Hands All Over.

The song is one of the biggest hits for the group. To clarify, It was a commercial success that topped charts in over 18 countries and won the International Song of the Year award. Certainly, Best Maroon 5 song is an understatement for this one.

The song is irresistibly catchy, and the lyrics burn into your memory. It aims to ignite the disco spirit in you, consisting of upbeat music and fast-paced lyrics, which obviously makes the list for party songs. Indeed, a song to lift your mood, if not at least teach you how to “Move like a Jagger.”

“Girls Like you,” featuring and co-written by American Rapper Cardi B was the fifth single of the group’s sixth studio album, Red Pill Blues, is undoubtedly one of the best Maroon 5 songs. The single was a huge success topping the chart of US Billboard Hot 100 for seven weeks straight. It was the fifth best-selling song of 2018. It achieved diamond certification selling more than 10 million copies in the US alone.

The accompanying music video was directed by David Dobkin. It features several famous female cameos making their appearances as the group performs their song with Adam Levine singing it at the center of a room. In addition, the video played a big part in the song’s success as it won the MTV Video Play Awards.

One of the best Maroon 5 songs that has a tune and melody which is hard to forget. It teaches us that the secret behind any successful relationship is the will and commitment to keep it, despite any problems. With relaxing rhythmic music and meaningful lyrics, the song directs us towards the love of our life, who had our back. The song’s official music video is a celebration for women and has more than 3 billion views on youtube.

Maroon 5’s success is nothing short of amazing. From their first studio album, Songs About Jane, released in 2002, to their latest album Jordi in 2021, most of them had singles that stormed charts all over the world.

Their consistency and how they keep up with the musical era while keeping their core the same is phenomenal. Maroon 5 is no doubt the most persevering group in the charts. To clarify, they have been making charts for over 17 years and have accumulated 22 top-forty singles, among which 15 are top-ten, 5 are top-five, and 4 have reached the number one spot.

The feats of Maroon 5 are certainly impressive, and the list we made above about the best Maroon 5 songs is in no way limited to them. There are many other songs from the group that are equally amazing.

Let us know which of the best Maroon 5 songs do you like most and suggest some of your personal favorites.

Our List of 19 Best Blues Albums of All Time