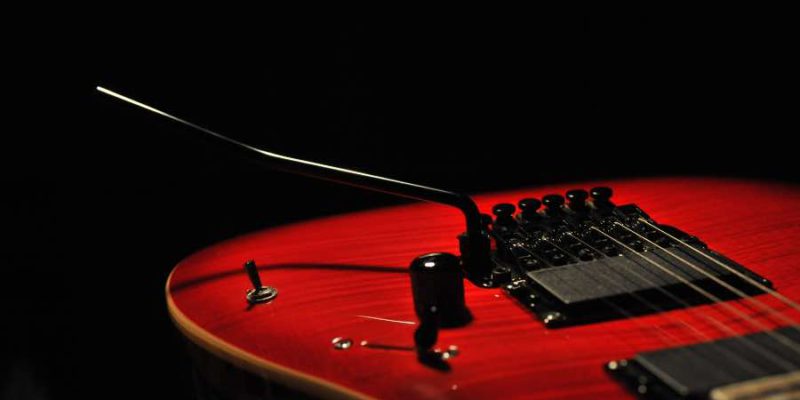 Rock songs or sad rock songs, in particular, are generally hard-hitting and sometimes convey energy and emotions to the listeners much louder and more transparent than other genres. Powerful, moving, energetic, and almost always loud, rock music was the most popular form of music for decades before hip-hop went mainstream.

The evolution of rock songs in past years has been a journey. Many bands and artists continued to crack the mold by playing with new sounds and forms. As a result, numerous subgenres and their shortcomings and masterpieces were produced.

Sadness, pain, and agony are something that people keep well hidden from themselves. Music helps to feel, focus on the emotions, and to heal. The Rock community bands and artists emphasize those feelings and let them out in their way through their music. Relaying the emotion, warmth, passion, and enthusiasm of that sadness to the listeners’ hearts and ears helps them feel and heal.

This article will compile a list of the top 20 sad rock songs of all time, which you can listen to comfort your mind and soul.

Our Best Compilation Of Sad Rock Songs Of All Time

1. Wish You Were Here

Wish you were here is one of the most crucial sad rock songs in history from the legendary progressive rock band Pink Floyd. Roger Waters and David Gilmour mutually collaborated on this song.

This song is about former Pink Floyd frontman & chief songwriter Syd Barrett. He left the band in 1968 after his mental and physical health breakdown due to heavy drugs, especially LSD.

In this song, Waters and Gilmour tried to make Syd understand that what he is doing is wrong. The soft melancholy melody and easily accessible lyrics make this song more appealing.

2. Since I’ve Been Loving You

Led Zeppelin Knows how to represent the essence of rock as blues, rock hard, or be darn sensual and sweet at the same time. Since I’ve Been Loving You is a painfully heartbreaking song with jazz and blues melody line.

In this touching song, Led Zeppelin portrayed the story of a poor boy who suffered from love, betrayed by his lover. The song could be the story of all lovers who poured tear for a love disappointment at least once.

Steven Wilson is probably the most talented British songwriter and composer right now. Drive Home is a beautiful, sad rock song about loss from the album Raven That Refuse To Sing.

The song’s story is about a man who lost his lover in a terrible car accident. The song is mainly about missing time. It’s the principle of blocking out time because of something so traumatic that you try to erase it from your memory.

Guthrie Govan played a superb guitar solo in the song. Don’t miss the video animation of the song, which is also a masterpiece.

This emotional rock song is about a boy and a girl who were best friends and secretly in love with each other but didn’t act on it. One of them unexpectedly died, and the other was left with immense pain, loneliness, and regret. Because she never told him about how much she cared and loved him.

The song starts with a soft piano melody. Later, with a screaming vocal of Evanescence at the end of the chorus, the hard rock instruments play their part.

About this Pearl Jam’s sensitive track, vocalist Eddie Vedder said, It’s about first relationships. The song is about letting go. It’s very rare for a relationship to withstand the Earth’s gravitational pull and where it’s going to take people, and how they’re going to grow. I’ve heard it said that you couldn’t really have a true love unless it was a love unrequited. It’s a harsh one, because then your truest one is the one you can’t have forever.

The traditional Pearl Jam guitar leads and heavy drumming with a strong vocal engage this track to the listeners’ most profound feelings.

6. The Spirit Carries On

There is a vast fanbase driven and inspired by this progressive rock & metal band. The Spirit Carries On is a song from a concept album called Metropolis Pt. 2: Scenes From A Memory. The album portrays Nicholas, who discovers a past life where he was a girl named Victoria.

In this emotional song, Nicholas is at peace and no longer frightened by death. He believes, after death, his spirit will live on.

Dream Theater is always rich in fancy instrument arrangement and composition. This song is not different either.

British Progressive rock band King Krimson has inspired many generations into progressive rock music. I Talk To The Wind tackles different contemplative thoughts concerning doubt in religion and the sacredness of the almighty god.

The wind is represented as god, like we can’t see it but can feel its presence. Wind can be chaotic at times, leaving us wondering whether they are meaningful or just a natural phenomenon.

Many bands and artists have covered this John Lennon classic since its release in 1971. The song’s lyrics point out the absolute truth of our society how we divide ourselves into different ideas of religion, politics, and borders and make things so complicated that we led ourselves into violence.

9. How To Disappear Completely

This sad rock song has a dreamy vibe. The meaning of the song might be different for different people. But the fact is, it sounds very dull and depressing. You can listen to the track in the background while looking at the window on a dull, gloomy, and rainy afternoon.

Being a hard rock band, Guns N’ Roses won the hearts of millions with its music. One of its most iconic songs is the November Rain. It was written by the band’s lead vocalist Axl Rose and released as a single from their third studio album, Use Your Illusion I(1991), in 1992. “November Rain” is based on Del James’ short story “Without You” and published several years later in his horror fiction “The Language of Fear.”

Despite being 8:57 minutes long, the powerful vocal of Axl and mesmerizing solo of Slash sets the symphony of pain in motion and keeps the listeners immersed throughout. The plot is essentially about a rock star who was sad about the loss of a depressed girlfriend. He was influenced by the problematic relationship between Axl Rose and Erin Everly.

“Snuff” is the band’s last single of its entire original lineup until the death of bassist Paul Gray, who passed away eight months later, and the latest single before drummer Joey Jordison, who was fired four years later. Their last single was also released. The lead vocal, Corey Taylor, has recently played an acoustic cover of “Snuff” as a tribute to Paul Gray during solo acoustic performances.

This song tells you how the protagonist’s spirit is too dark to let love in, to order someone to leave. It’s gloomy and brooding, reflecting the depths of despair or, at the very least, the edge of the manic-depressive continuum.

Composed by one of the most influential rock bands of history, this song is a fulfilling melody of unfulfilling love. As the lead vocal Lou Reed states in his book Between Thought and Expression, “The Pale Blue Eyes” was written for someone whose eyes were hazel.

The song is apparently about Reed’s first love, Shelley Albin, as he attended Syracuse University. She married another man later, and it was speculated that after she had gotten married, Lou Reed had an affair with her. That’s what the line means, “The only evidence that you are married is that you are my best friend.”

The American rock supergroup Audioslave released the song in January 2003. “Like a Stone” was released as the second single from their eponymous debut studio album “Audioslave.”

According to Tim Commerford (bassist), the song is about an older man hoping to reunite with his friends and relatives who have died. “It’s a song about focusing on the afterlife you’d wish for, rather than the usual monotheistic approach: You try very hard all your life to be a decent guy and a spiritual persona and honest and compassionate, and then you go to hell anyway,” stated singer Chris Cornell. Relating to the despair and dissatisfaction of the listeners.

“So Far Away” is a song by Avenged Sevenfold that was released as the third single from their fifth studio album, Nightmare. Warner Bros. released the single on April 5, 2011. The song is a tribute to Jimmy “The Rev” Sullivan, the band’s original drummer who died in December 2009.

After the death of the band’s drummer Jimmy “The Rev” Sullivan, on December 28, 2009, guitarist Synyster Gates wrote this album. It is Syn’s way of saying farewell to his mate, and it is the first Avenged Sevenfold song composed by him both lyrically and instrumentally. The song sounds relatively stripped-down, raw, and close. As if one guy with one guitar is sitting there talking to his best friend.

18 times Grammy Award winner Eric Clapton wrote this song about his four-year-old son Conor. Conor accidentally died falling from a 54 story apartment. After the incident, Clapton took a break from music. Six months later, he came up with this song.

Alter Bridge Guitarist Mark Tremonti wrote this about his mother. She died from cancer. The song talks about the impact of our loved one’s absence in our life.

Mark Tremonti is struggling to adjust without his mother’s presence. But he feels comfortable thinking that her spirit will always remain within himself.

Here Without You talks about being away from someone or missing them.

18. Wake Me Up When September Ends

Greenday lead vocalist Billie Joe Armstrong wrote this song dedicating his father, who died in cancer on 1st September 1982. At his funeral, Billie locked himself in a room. When his mother knocked at the door, he simply said, “Wake me up when September ends.”

In this sad rock song, Billie uncovers his feelings for his father. But, that is not the only meaning of the song to the Americans. In September 2001, the 9/11 terrorist attack occurred, and many people lost their loved ones. It was also the 11th track of the album, and with the lyrics and title, listeners found it connecting to this tragedy.

These sad rock songs is about the important person who is dead in our lives. We are totally sorry about this death. It’s like a cut that bleeds, never heels…or may it be more.

Guitar plucking composition of opeth is always at a top level.The song starts with a guitar intro which carries the melody of the whole song.

20. Heartattack In A Lay By

This song made it to the 20th place in our top 20 sad rock songs. The song fits perfectly with the sweet voice of Steven Wilson and soft guitar melody. The song is about giving hope to dying person who is suffering badly from cancer. At the end verse Steven sings, “We’ll grow old together.”

Let us know about your favorite sad rock songs from the above list or share with us your personal favorites. We’d love to hear from you!

Top 20 Sad Rap Songs To Listen When You Are Depressed

How To Find A Music Video By Describing It