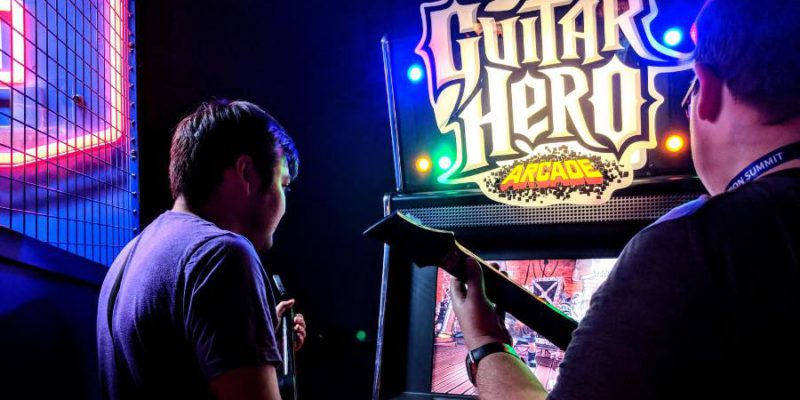 If you’ve ever longed to play your favorite band’s dazzlingly intricate, emotionally charged, and melodic joyride guitar parts but never had the opportunity to learn to play guitar, then guitar hero songs are just for you. The Guitar Hero series allows you to play guitar notes with only a few buttons while providing the complete adrenaline rush experience of performing in front of an audience.

Since 2005, a series of Guitar Hero games have featured songs by some of the biggest stars in rock and metal. We have curated a list of 15 guitar hero songs from the vast catalog of Guitar Hero to give you a taste of the franchise’s best guitar extravaganza:

Bohemian Rhapsody is the ultimate guitar hero song and the crowning jewel in the rock music universe’s hall of fame. The song isn’t difficult to play, but just the idea of playing a Queen song makes the real difference. This is a really dramatic piece, thus it’s a welcome change from the platform’s other involved guitar pieces.

Our first entry on the list of guitar hero songs is a genre-bending classic that will make you smile as you play along. The song begins with a Run-DMC-style hip hop flair, but soon the guitar roars and transforms into the unmistakable Aerosmith tune that everyone loves to rock out to!

3. Beast and the Harlot – By Avenged Sevenfold

The pure thrill of playing some wild guitar riffs is one of the best things about guitar hero songs. Beast and the Harlot by Avenged Sevenfold begins with a torrent of riffs and builds up to a furious rush ride that will make you fall even more in love with guitar hero songs.

Who doesn’t adore Bon Jovi? For kids growing up in the 1990s, he was a rock legend, and singing along with his songs is a dream come true. Livin’ on a Prayer is a total crowd-pleaser, with a distorted guitar tone and a chorus section where Bon Jovi’s powerful voice reigns supreme; just don’t start clapping your hands while playing this gem of a guitar hero song!

5. Through the Fire and Flames – By Dragon Force

This song is a power metal icon with everything you could want from a guitar hero song: a challenging guitar solo that keeps you on the edge, speedy riff madness that will make you tap the buttons like your life depends on it, and a vocal melody that will make you hymn louder than ever. Many guitar hero fans think it’s one of the toughest guitar hero songs, and we completely understand why. But let us tell you that once you’ve nailed this Dragon Force track, you’ll be able to legitimately call yourself a dragon slayer (or guitar slayer to be exact).

We knew Hotel California would be on our list of the best guitar hero songs the moment we decided to make one. This song contains some of Eagle’s greatest guitar melodies. Throughout the song, the guitars slowly spiral in and out like a mirage, creating that enigmatic psychedelic vibe while maintaining a firm grasp on the beats. When you finally reach star power in the games and enter the solo section, you will have an otherworldly experience that words cannot explain. This is one of the songs that make guitar hero a cult favorite among the fans.

The name Jimi Hendrix says it all. A true guitar prodigy, the guitar hero who altered the very concept of guitar playing with his dazzling presence and mind-boggling techniques. And how can a list of the best guitar hero songs be complete without including Jimi Hendrix? This is one of the shortest entries on our list, but trust us when we say you’ll come back to play the guitars on this one again and again and wonder why it’s so short.

This song is a metalhead’s dream voyage that is the perfect guitar hero song from start to finish. The song begins slowly, with a lovely guitar prelude that builds up to become the type of heavy sound that Metallica is known for. Other Metallica songs like Battery and Blackened are also available on Guitar Hero games, but One outshines them all with its insane guitar shredding and masterfully orchestrated guitar solos that will give you shivers every time you play the song.

9. Cowboys From Hell – By Pentera

Cowboys from Hell is the ultimate guitar hero song, with no pretense whatsoever.

Loud heavy riffs? Check. The guitar solo that melts your face? Check. A metal voice with screams to die for? Check. Pantera is the epitome of heavy metal music, and this song absolutely sweeps you away with snakelike patterns, a challenge you won’t find in other guitar hero songs. But here’s the fun part: that anxious feeling is what makes this song an adventure that, when completed, will make you exclaim “Yee Haw!”

This is one of our personal favorite songs. This song, without a doubt, has the most iconic opening of all the Guitar Hero songs. Eye of the Tiger is as much fun to play as it is to sing along to, and the beat simply adds to the experience. You’ll be able to imagine how incredible it must be to play this song in front of thousands of people in a vast arena while you play it on Guitar Hero.

Another heavy metal entry on our list of the best guitar hero songs that will make you headbang while playing the guitar parts. It’s a pure blast to shred along when the thunders roar around, and you keep picking those notes left and right. And for the finale solo, don’t forget to thank us when you’re done with it.

A free-spirited rock song that almost all guitar hero fans like playing. This is a blissful addition to the repertoire of guitar hero songs because it is a classic guitar song with mouthwatering bends and swings. The guitar solo goes on and on, and as you play along, you will feel the hippy culture of the 1980s, and the guitar just communicates the thrill of that period, the emotional turmoil, and the caprices of that time.

Welcome to the Jungle is that insane rock song that grabs everyone’s attention from the first listening. Smashing guitars and a delicate yet thunderous solo make this one of those guitar hero songs that makes you feel like a rockstar when you’re done playing it. More said about this song leaves more unsaid, so we will leave it to you to play and experience yourself.

14. Killing in the Name – By Rage Against the Machine

There is no other song on this list of guitar hero songs that are as impactful as this one. This is the epitome of nu-metal music. As you continue to play the rhythm section and the riffs swing in, you will feel the rage steadily develop in you. And then there’s the solo, which will make you jump to your feet and make your blood boil. A warning, just don’t scream the last words in the songs when family members are around.

15. Devil Went Down to Georgia – By Charlie Daniels Band

Last but not least, Devil Went Down to Georgia is an equally deceptive and surprisingly catchy song. Out of all the guitar hero songs, this one is one of the toughest to get a perfect score on. A fast-paced, in-your-face rock song that oozes guitar throughout its run time. One tasty leak after one tasty solo, this song is the kind of song that just makes you want to play guitar hero all day long until you get that perfect score.

16. In My Place (Special Mention) – By Coldplay

Choosing the 15 best guitar hero songs of all time is quite difficult when there is still a significant number of great songs left. So, we like to make a special mention to our readers and the rock band Coldplay is our pick from the Guitar Hero 5 series. In My Place is easy to play & the softcore melody of the song will surely ring in the gamer’s mind for a long time.

Thanks for checking out the above list. Let us know in the comment section if we have missed any of your favorite guitar hero songs. Visit the links below to check some of our top lists in other criteria.

Our Top 10+ Movies Based On Comic Books