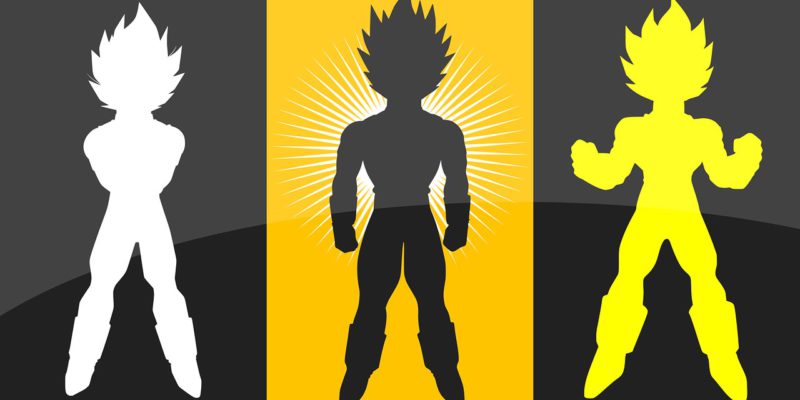 Whether you’re a die-hard anime fan or not, you would’ve watched Dragon Ball Z at some point in your life. It is one of the most popular animated shows. However, if you want to rewatch it, you might be thinking, “how to watch Dragon Ball in order?” So, to answer that question, we’ve composed this watch guide for you.

Dragon Ball Z is one of the longest-running anime. It has been entertaining generations upon generations. However, due to the amount of Dragon Ball content available, a person can get easily confused. He wonders how to watch Dragon Ball in order.

If you are also looking for a complete and detailed guide on Dragon Ball watch order, then don’t worry. This guide will help you figure out how to watch Dragon Ball in order. After that, we have included all the shows and movies you need to watch in chronological order and release order.

But before we discuss that, let’s learn a bit about the show itself.

Dragon Ball is an anime and manga series created by Akira Toriyama. The series is also known as Dragon Ball Z in some parts of the world. The manga was first released in 1984, while the anime was released two years after in 1986. Toei Animation created the anime.

Dragon Ball follows the story of Son Goku, a young fighter with a tail. He is actually from a strong alien race called Saiyans. He starts his quest to become stronger and discovers the Dragon Balls. Once all seven Dragon Balls are acquired, grant any wish of choice.

As the show progresses, Goku eventually grows up and becomes more powerful. We get to see Goku and his family fight various other aliens and super-powered creatures in every episode.

Dragon Ball is very popular due to the epic fight sequences featured in its episodes. Moreover, the show also has a thrilling storyline with barely any dull moments.

Now let’s talk about the actual topic of this article.

How To Watch Dragon Ball In Order

Let’s talk about the Chronological order of Dragon Ball first.

The chronological order is the best way to watch any long franchise. For instance, you’ll see events as they happen. You won’t get confused by this order. Also, it is beneficial for newcomers.

Keep in mind that we will only talk about the entries which are canon to the story. So non-canon entries are emitted from our guide to make it less confusing for everyone.

The original Dragon Ball series aired in 1986 and consisted of 156 episodes in total. This was the on-screen debut of Goku, and this series helped establish many of the characters who are a part of the larger Dragon Ball universe.

Three movies are also part of this series. They are:

These movies combined various arcs to tell a summarized chain of events. But we recommend watching Curse of the Blood Rubies after episodes 1-13 and watching the next two movies after finishing the series.

Dragon Ball helped set the stage for this franchise. It established so many tropes and characters that now define the series itself. Some people tend to skip this series when they watch Dragon Ball in order, however, it is actually very important to watch this.

Dragon Ball Z is the most well-known series in the Dragon Ball series. This series follows a grown-up Goku who is finally learning about his true identity and power. Usually, most people start their Dragon Ball journey after watching this series.

Dragon Ball Z consists of 291 episodes in total. In addition to the episodes, there are 14 movies included in this series as well.

Here’s how to watch Dragon Ball Z in order:

There are many movies in addition to these episodes and specials, but they aren’t considered canon. That is why we’ve emitted them from the watch order. However, if you want to watch these movies as their own separate entity, in that case, we will discuss them in our Release Order portion.

Dragon Ball Z Kai isn’t a sequel, unlike other series on this list. It is basically a remastered version of Dragon Ball Z.  This is usually confusing for people who want to know how to watch Dragon Ball in order.

DBZ Kai includes some remastered scenes and cuts most of the filler content. So you can either watch Dragon Ball Z or DBZ Kai; it is mostly the same thing. In short, it is the HD version of Dragon Ball Z, catered towards a newer audience.

Hence, you will get a much more coherent watching experience if you decide to watch DBZ Kai instead of DBZ.

Dragon Ball GT is probably the most divisive entry in the Dragon Ball timeline. Some fans even consider it non-canon. However, that isn’t the case actually.  In Dragon Ball GT, the Black Star Dragon Balls transform Goku into a child again. He embarks on a journey to reclaim his former self.

Dragon Ball GT can be considered as a filler instead of a non-canon. So, it is entirely up to the viewers whether they want to watch it or not.

This series consists of 64 episodes in total. The series faced a lot of mixed reviews due to its bizarre approach to the source material. It was very different from Dragon Ball Z, which was a turn-off for many fans.

However, I think it shouldn’t be seen as a sequel to the original series but rather a spin-off of sorts. You’ll be able to enjoy this show if you watch it with that mindset.

Dragon Ball Super is the latest entry in the Dragon Ball series. If you want to watch Dragon Ball in order, we recommend watching the newest series at last. This series premiered in 2015 and aired its final episode in 2018.

It consists of 131 episodes in total, and it became an instant hit after its premiere in 2015. In addition to the episodes, Dragon Ball Super also consists of various movies that we’ll discuss.

The story of Dragon Ball Super takes place seven years after the events of Dragon Ball Z. This series is also notable for making Broly canon which was a fan-favorite among DBZ fans.

Here’s how to watch Dragon Ball Super in order:

This concludes our chronological order. Again, I’ll recommend that if you’re a newcomer, you should watch Dragon Ball in order by following this guide.

Now that we have discussed how to watch Dragon Ball in order chronologically, let’s discuss the release order. I wouldn’t advise watching it in this order since it can confuse newcomers. However, if you are rewatching the series, then it won’t be that big of a deal for you.

As we said earlier, we will include the non-canon movies and specials in our release order section. So the below section contains all the series, movies, specials, and OVAs under the title of Dragon Ball.

So here’s how to watch Dragon Ball in order according to the release dates:

Where Can I Watch Dragon Ball?

Now that you know how to watch Dragon Ball in order, you also need to know where to watch it. The answer to that is very simple.

All the series of Dragon Ball, including Dragon Ball, DBZ, DB Super, and their respective movies, are available to stream on Funimation. So you just need to get a Funimation subscription to enjoy all Dragon Ball-related content. You can even watch Dragon Ball GT here.

Funimation provides both subbed and dubbed versions of the anime, so you can easily watch Dragon Ball in order here.

Furthermore, the Dragon Ball series is also available on Hulu, which is quite a popular streaming service. A few Dragon Ball Z movies are available on Netflix but not in the US. But don’t worry, you can check our guide on how to change Netflix region and watch those movies as well.

Currently, there’s only one upcoming Dragon Ball movie titled Dragon Ball Super: Super Hero. It was set to be released in April but it has been delayed until further announcement.

There is also speculation about the second season of Dragon Ball Super; however, we can’t say anything till we get an official announcement.

There are multiple trailers for this upcoming movie. Also, those trailers have excited the fans. Above all, clips from the trailer are making rounds on social media as well. Since there’s a lot of time till this movie drops, you have plenty of time to watch Dragon Ball in order.

You should share this guide with your friends who want to start their Dragon Ball journey.

Our 60+ Favorite Music Jokes Of All Time