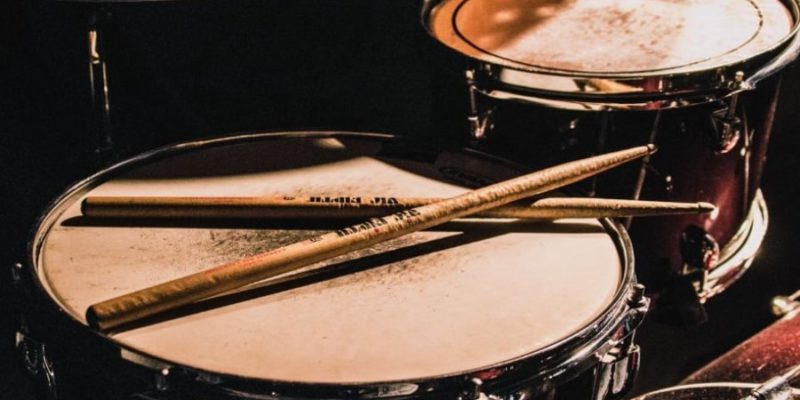 This article is intended to give you a quick overview of all drum notation symbols that will help you to understand how to read drum music.

When you first start playing the drums, learning to read music notation can seem like an impossible task. Well, most beginner drummers give a horrible approach to learning to read drum music.

However, the fundamentals of reading drum sheet music are quite simple and can be an invaluable tool when learning to play the drums. Drummers obviously must deal with a much higher level of four-way coordination. On the other hand, reading drum music is far easier!

Before we jump into how to read drum music, let’s get its benefits to building your interest.

Benefits Of Knowing How To Read Drum Music

Learning to read drum music will open a whole world of opportunities for you. You will be able to:

What Is Drum Notation?

Drum notation is a style of music notation that is specific to percussion instruments. It is quick and simple to learn. Moreover, consider it a language for drums. You can communicate musically with others if you know how to read and write drum notation.

The symbols in drum notation represent various parts of the drum set to be played (snare, hi-hat, bass drum, etc.).

Drum notation is like sheet music in that measures are counted and read in the same manner. You will develop a strong sense of timing and rhythm control by learning to read and write this part of the musical language.

Different Drum Notations & How To Read Them

On a piece of drum music paper, you will find a set of five horizontal straight lines. These lines are called the staff (or the stave). Each drum set component is written on a line – or in the space between the lines.

At the beginning of the written drum music, there are two vertical lines in the middle of the staff. It is called the drum clef. This sign (drum clef) means this music is specially written for drums.

We create rhythm in music by dividing time into ‘beats.’ This enables us to count along with the music, creating a sense of consistent ‘pulse.’

Music is divided into ‘measures’ or ‘bars’, each of which contains a fixed number of beats. A time signature simply indicates how many beats are in each bar.

At the beginning of the drum music staff, notice there are two numbers. These numbers are called the time signature.

Consider the time signature to be a ruler. You’re measuring time, or more precisely, the interval between the notes you’re playing.

It’s also critical to pay attention to the tempo or “beats per minute” at the top left of your chart.

In 4/4 time, a tempo of 60 beats per minute (BPM) means that each of the measure’s four quarter notes occurs once per second (just like the second hand of a clock).

Different musical notes point out separate amounts of time within a bar or measure. It is important to read those notes perfectly in order to read drum music better.

Each note has a corresponding ‘rest’ that lasts the same length of time as the note.

When it’s a rest, you don’t play for the duration of the note.

As you can see, a whole note occupies a whole measure. This indicates that in a 4/4-time signature drum music a whole note is worth four beats. If you read a whole rest note, you don’t need to play anything for four beats.

Half Notes & Half Rests

We get two half notes (1/2 notes) when we divide a whole note in half. These notes are worth two beats each. To fill a 4/4 measure, you’ll need two of these. Assume you’re fractionally splitting a pie.

When you divide a half note in half, you get two quarter notes (basic fractions 1/2 = 1/4 + 1/4). That means if we divide a whole note into four equal notes, each note will be a quarter note.

As the name implies, a quarter note takes up a quarter of a 4/4 measure. As a result, each note is equal to one beat. In the case of quarter rests, you make no sound for a single beat duration.

An eighth note or a quaver is a musical note that lasts one eighth (⅛) of the time as a complete note (semibreve). It is half the duration of a quarter note (crotchet), one quarter the duration of a half note (minim), and twice the value of a sixteenth note.

A 1/16, sixteenth note (American) or semiquaver (British) in music is a note that lasts half as long as an eighth note (quaver), hence the names. That means if we divide a quarter note into equal four notes each note will be a sixteenth note.

Please don’t get caught off guard by rests. Rests are approached in the same way that notes are. Consider them to be quiet notes. We count them to acknowledge them, but they make no sound. To put it another way, we count them while doing nothing!

Other Types Of Notes

Sometimes you will see a small dot placed right after any of the notes described above. Placing a little dot to the right of any of these notes will increase the value by 50%.

A dotted half note, for example, is the same as a half note linked to a quarter note.

Notes with a rhythmic value less than a quarter note, such as an eighth or sixteenth note, have “tails” connected to them in music theory. “Beaming” is the term for connecting numerous notes with tails.

It’s vital to beam notes together since it makes sheet music easier to read.

For example, a cymbal hit on beat 4’s “and” is written as a linked note over the bar line to indicate the extended sustain.

Triplets are three-note ensembles. They’re employed in a variety of drumming styles, including drum fills, solos, and grooves.

To read triplets in drum music you will find three notes that are evenly spaced over a period of time instead of the usual two notes. A horizontal beam connects them, and a little ‘3’ is printed above them.

So far, we have covered the basic drumming notations including different notes, time signatures and more. Now it’s time to look at some additional essential symbols that you might see in various styles of drum music paper.

Rather than full song charts, this appears most frequently in pedagogical exercises and rudiments.

The volume of accented notes should be higher than the rest. The wedge with the aperture pointing left is the most popular type of accent sign.

Hand accents are typically written above the staff, while foot accents are usually written below it. A wedge with the hole pointing downward is less common, indicating that the accent should be a short or “staccato” note.

These are quite useful in indicating how a note should be played. Usually, a dot appears over staccato notes. So, it’s preferable to play those on a drum rather than a cymbal that rings excessively.

Longer notes, referred to as “legato,” are usually linked to visually convey their duration. As a result, it’s nice to play these on cymbals because they have more sustain.

Example of How To Read A Basic Rock Beat

Standard rock and pop drum grooves are frequently played with a recurring cymbal pattern (usually played with your dominant hand on the hi-hat or ride cymbal).

The bass and snare drum patterns sit beneath this constant pattern. Let’s take a detour from a basic rock beat.

The hi-hat in the groove above is playing eighth notes that are tallied as “one and two and three and four and.”

The snare drum is on beats 2 and 4…which is a very popular placement for it since it provides a ‘backbeat.’

Now we’ll move on to fills. You may construct fascinating rhythms that can be used as fills by combining different sorts of notes on different beats.

You’re already much ahead of the game if you know how to count a beat, what notes/rests to play, and what elements of the drum kit to use. That is exactly what knowing how to read drum music will provide you with.

It takes a lot of work and patience to become a fluent reader of music notation. Whether you’re a novice or a seasoned pro, knowing how to read drum music will help you improve as a drummer and as an overall musician.

If you’ve read all of this, you’ve already come a long way. However, that shows you’re committed to learning how to read drum music. Use that as motivation to keep going while you’re learning!