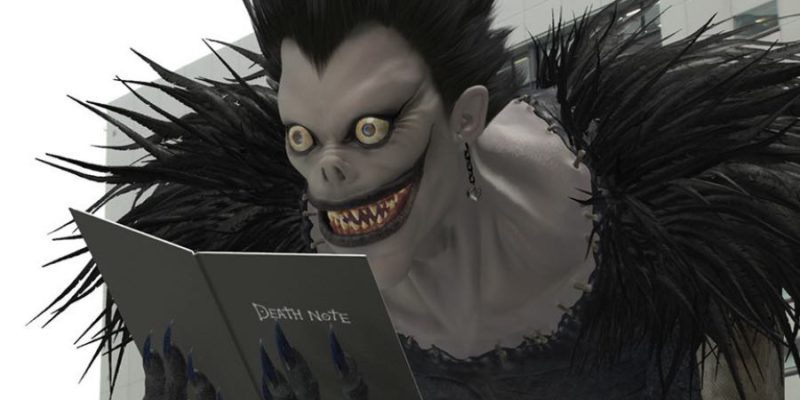 As the release date for the upcoming live-action remake of Cowboy Bebop is getting closer, fans have started debating again whether anime should get remade or not.

Most live-action adaptations fail because they do not do justice to their source material. So it can be a painful task to figure out which one of them is worth watching. However, you don’t have to worry about that anymore. We have compiled a list of the top 8 good live-action anime adaptations.

All the movies/series listed in this article are well-received by critics and fans alike. Some of these are quite well-known while some flew under the radar of most people.

Phoenix Wright is probably one of the most famous and likable lawyers on-screen. He first appeared in video games, then in anime, and finally got his own live-action film.

Ace Attorney was released in 2012 and it captured the essence of video games as well as anime. It was a well-received adaptation of Ace Attorney anime and video games. The film was highly praised for its acting, unique visual style, and storytelling.

Death Note is probably one of the most liked anime in existence. It is such a brilliant show that even non-anime fans have praised it. The story is very unique and intriguing. It is hard to miss out on it.

Many people might not be aware that their beloved anime has a live-action adaptation as well (apart from the stinky Netflix remake). This live-action movie was released in 2006. It quickly caught the eye of fans of the original series.

Death Note utilizes all the core elements which made the anime worth watching in the first place. Moreover, it seemed like a real horror film, similar to how Death Note was a horror anime in addition to being a suspense and crime show.

Assassination Classroom is one of the most over-the-top and entertaining anime. The whole concept is quite bizarre yet the creators have managed to push it to the next level.

A live-action adaptation of Assassination Classroom was also released in 2015 which was followed by a sequel in 2016. Both of these films were quite good and received favorable reviews from fans and critics alike.

In summary, both Assassination Classroom movies are very fun, entertaining, and quite meaningful as well.

JoJo’s Bizarre Adventure has reached the status of a cult classic anime series. It has a separate fanbase. However, even many diehard JoJo fans don’t know that a live-action adaptation of their favorite anime exists.

The live-action adaptation of JoJo’s Bizarre Adventure is titled Diamond is Unbreakable. Every aspect of this film is simply “bizarre” including the visuals, action, and costumes. In addition, all the actors have done a good job as well. It manages to capture the vibe of the anime perfectly.

JBA: Diamond is Unbreakable has somehow even managed to score a 100% fresh rating on Rotten Tomatoes. It can definitely be acknowledged as one of the greatest live-action anime adaptations ever made.

4. Blade of The Immortal

As it turns out, not all Netflix live-action adaptations are bad. That is the case with Blade of Immortal. It is based on a 2008 anime of the same name. The original anime is not very well-known but long-time otakus probably recognize it.

The Netflix adaptation of the anime was surprisingly well-made and it captured the essence of the anime perfectly. The gore, the fight sequences, and the supernatural elements were perfectly blended together.

It is one of the best recent live-action anime adaptations. Additionally, the production value was insane which makes the experience much better. In conclusion, Blade of The Immortal is a fitting adaptation of the source material.

Rurouni Kenshin was quite a popular anime in the 90s. The anime takes place in a realistic historical setting of the Meiji era. The live-action film series based on Rurouni Kenshin released its first installment in 2012 which was a huge success.

The live-action adaptation of Rurouni Kenshin was quite faithful to its source material and earned a special place in the hearts of the fans. Rurouni Kenshin’s main highlight was its fast-paced and well-choreographed sword fights.

This film could also be enjoyed by anyone who has never even heard of the original anime or manga. Since the first film was so successful, Rurouni Kenshin has received multiple (good) sequels with the most recent one titled Rurouni Kenshin: The Beginning.

Alita: Battle Angel blew people away when it was released. First, because people finally got a good live-action anime adaptation from Hollywood. Second, the amazing use of CGI made it quite unique and attractive.

The 2019 film is adapted from an OVA named Battle Angel Alita which was released in the 90s. Overall, Alita: Battle Angel remained true to its source material.

As mentioned earlier, the use of CGI is what made this film stand out from the rest. Alita’s character design, especially her expressive eyes were the main highlight of this show. Of course, all of this was achieved using CGI.

Detective Pikachu was released in 2019 and it is probably the most liked movie on this list. As the title suggests, the film is based on the all-time favorite Pokemon named Pikachu. It is mainly adapted from a video game of the same name but since Pikachu is an anime character, this film deserves a spot on this list.

Pikachu is voiced by Ryan Gosling in this film. His performance won the hearts of many fans. He managed to make the whole movie worth watching.

Detective Pikachu may seem childish at first, however, the film tackles some serious storylines as well. It can get quite dark at times but it manages to balance it out with a healthy dose of humor. You should definitely check it out.

Yes, Oldboy is not based on anime but it is based on a manga which places it in a grey area of anime adaptation and comic book movies. So, I am putting it as an honorable mention because it is just an amazing and iconic film.

Oldboy is a Korean film that is based on the manga of the same name. The film is basically a revenge storyline. This film is a stunning, brilliant masterpiece that I highly urge everyone with a strong stomach to see.

There is a stigma around live-action anime adaptations (and rightfully so). Many people prefer to rewatch the actual anime instead of watching a feature-length adaptation of their favorite anime due to their low expectations.

However, some of these adaptations can be quite good and enjoyable just like the ones mentioned in this list. It is quite exciting to see your favorite anime get the live-action treatment even if the result is disappointing in the end. The film can be bad but can have a lot of entertainment value and that’s what matters the most.

But if you still prefer to stick to watching anime. You can watch these long anime series which will give you a lot of content and keep you entertained for quite a while.