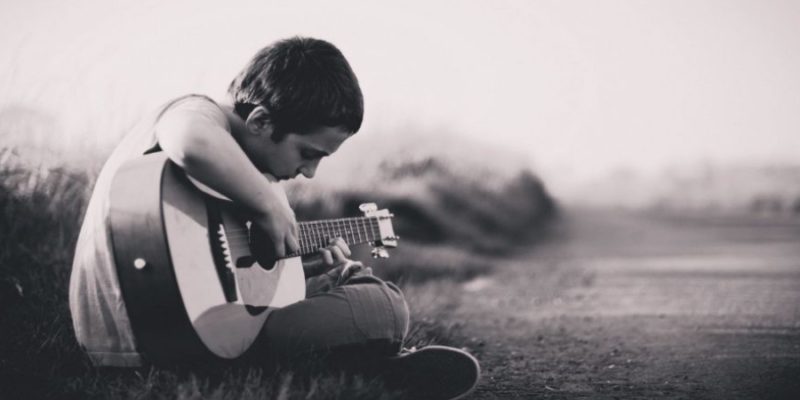 We’ve all experienced missing someone close to us, whether it’s a partner, friend, or family member. That gives us a horrible feeling and leave us alone most of the time.

The feeling of missing someone can be intense and difficult to manage at times.

Music has always been a powerful language of expressing emotions. As a result, some of the most beautiful songs are written based on missing someone.

Songs about lost love or simply missing someone have the most aching, profound, yet raw lyrics and melodies.

However, because everyone experiences adversity in their own unique way, there are many different genres and moods of so-called I miss you songs.

This list of songs about missing someone will remind some all-time hits along with several musical gems that will just fit your feeling.

18 Best Songs About Missing Someone

Wish You Were Here – Pink Floyd

To begin this list of songs about missing someone, we must listen to Pink Floyd’s great song.

The subject of this song is detachment, and how some of us cope with the world by retreating physically, intellectually, or emotionally.

Pink Floyd’s founding member Syd Barrett and his mental health troubles were the inspiration for much of the album ‘Wish You Were Here’ (particularly ‘Shine on You Crazy Diamond’).

It’s easily one of the most popular acoustic guitar tracks, with legions of novices loving and playing it. Especially since it’s a relatively easy game to play (the signature riff is super simple).

This depressing song about missing someone requires no introduction. Eric Clapton, the living legend, has experienced what every parent fears the most: the death of a child.

Conor, his four-year-old son, fell from a 53rd-floor window in New York City.

After such a tragic event, it’s a testament to the great songwriter’s ability to move on and write this incredible song.

The song went on to become a sleeper hit, achieving international success and topping the charts in a number of countries around the world.

You know how they say you only realize how much you love someone when they’re not there? Let Her Go perfectly captures that feeling in this soft, soothing ballad.

In this song, the protagonist can’t get his mind off the woman he loves. Unfortunately, he realizes how much he loves her after he has already let her go.

“Well, you only need the light when it’s burning low

Only miss the sun when it starts to snow

Only know you love her when you let her go.”

Long And Lost – Florence And The Machine

This is not one of Florence and the Machine’s most popular songs, but it is very captivating and powerful.

It’s undoubtedly a song about missing someone you care about, but it also offers a glimmer of hope, particularly in the line:

“It’s been so long between the words we spoke

Will you be there upon the shore, I hope.”

Despite all of the time you’ve kept them waiting, this song is about realizing how much you actually love someone.

“Too long, too late.

Who was I to make you wait?”

“That I love you, I’ve loved you all along, and I miss you,

I’ve been far away for far too long,”

However, the protagonist knows now.

Goodbye My Lover is a heartfelt song about losing someone you care about. Blunt composed this song about a former lover.

Moreover, it is about the agony of knowing that the person you love is out there somewhere, and you can’t have them. As the emotion of loss interwoven throughout the music, this song is frequently misunderstood for a death song.

You have been the one.

You have been the one for me.”

Everyone from Michael Jackson to Paul McCartney has covered the song, which features a fantastic lineup of session musicians (including Stephen Stills on guitar).

“there’s no sunshine when she’s gone” and

“this place just ain’t no home.”

Happier Than Ever – Billie Eilish

It’s certainly not one of those songs about a lost love that you’d expect to hear. However, the sense of missing someone can often deceive us into believing that the relationship that ended was better than it was.

This song is for you if you need a reminder that you’re better off on your own and that you deserve more.

This lovely gem was included on Coldplay’s second studio album “A Rush of Blood to the Head” in 2002.

Chris Martin of Coldplay explained that this song about missing someone is about a girl he once met.

It’s a gentle alternative rock ballad with an emotional and soothing chorus that quickly becomes ingrained in your mind.

“When the truth is

Yeah the truth is

That I miss you so

I should not have let you go

So I crawl back into your open arms

Yes I crawl back into your open arms”

Although Coldplay and One Republic are still at the top of the charts, some of their older material contains truly beautiful, honest ballads about missing that special someone.

“Come Home” is a soothing and captivating song from One Republic’s 2007 album “Dreaming Out Loud.”

The piano driven soft melody portrays the lyrics perfectly with the voice of Ryan Tedder. And what a mesmerizing lyrics the song has!

Cause I’ve been waiting for you

And right now, there’s a war between the vanities

But all I see is you and me

And the fight for you is all I’ve ever known

My Heart Will Go On – Celine Dion

This song is one of the most famous songs about missing someone. It was composed by James Horner for the soundtrack of the legendary film Titanic and performed by Celine Dion.

This love power ballad expresses hope that even if the person you love is no longer alive, they can live on in your heart.

“Near, far, wherever you are

I believe that the heart does go on

Once more you open the door

And you’re here in my heart

And my heart will go on.”

The First Days Of Spring – Noah And The Whale

Laura Marling and Charlie Fink were dating in the UK; now they aren’t (and she’s also out of the band), and Fink’s Noah and the Whale made a record about it.

The first line of The First Days of Spring is,

“It’s the first day of spring/

And my life is starting over again,”

and, despite Marling’s cooperation in their cutesy-poo debut Peaceful, the World Lays Me Down. However, the number they must’ve done on each other has made Noah and the Whale sound like an entirely different band.

Nat King Cole is one of the greatest pop vocalists of all time, as well as a key figure in the evolution of jazz piano. Moreover, this song about missing someone is one of Mitchell Parish’s (lyricist) best works. Nat King Cole brought the song to life with his distinct voice.

Lee Gillette produced the song, which is ecstatic. It was first released in 1957. The lyrics will undoubtedly captivate and euphorize us.

“Beside a garden wall

When stars are bright

You are in my arms

The nightingale tells his fairy tale

A paradise where roses bloom

Though I dream in vain

In my heart it will remain

The memory of love’s refrain.”

I miss you – Miley Cyrus

“I Miss You” is a song by Miley Cyrus, an American recording artist. Cyrus (credited under her birth name Destiny Hope Cyrus), Brian Green, Wendy Foy Green, and Brian Green produced the song.

“I Miss You” is a tribute to Cyrus’ late grandfather, Ron Cyrus, who passed away on February 28, 2006. He was diagnosed with mesothelioma, and as her grandfather approached death, Cyrus wanted to write him a song before he died.

However, it was released to Radio Disney in the middle of 2007 as a promotional single for the double-disc Hannah Montana 2: Meet Miley Cyrus. The song is a ballad with elements of rock and country.

Clearly, this masterpiece from American rock band Evanescence is a sad song about missing someone. The story of this song is about two close friends. Despite they were secretly in love with each other they didn’t act upon it.

Sadly, one of them died in an unfortunate event and the other one was left all alone with regrets.

You used to captivate me by your resonating light

“Now I’m bound by the life you left behind

Your face, it haunts my once pleasant dreams

Your voice, it chased away all the sanity in me

These wounds won’t seem to heal

This pain is just too real

There’s just too much that time cannot erase.”

This song is probably the most well-known among younger generations who follow in the footsteps of this talented singer and songwriter. Moreover, Louise Tomlinson rose to fame as a member of the boy band One Direction.

About this missing someone track Louis Tomlinson said,

“I wrote this song about a time in my life when I was going out partying every night. In hindsight throughout that time I was pretty numb and just going through the motions. Deep down it was always in the back of my mind that what I really missed was the girl that I loved. It was important for me to write something really honest.”

I Miss You So – Diana Krall

If you enjoy jazz and are looking for a gentle song about missing someone you care about, this is the song for you.

This Canadian singer and jazz pianist’s enduring charm is evident in the song I Miss You So, in which she portrays the emotion of longing in a very calm and romantic manner.

“Those happy hours I spent with you

“Thinkin Bout You,” the lead single from Frank Ocean’s debut studio album Channel Orange, is a vulnerable song about a relationship that is just out of reach.

Some of the most beautiful lyrics and melodies were inspired by the uneasy feeling of missing someone.

Music has the power to heal, especially if the song you’re listening to reflects your mood and thoughts. You’ll realize you’re not alone, and that’s the power of music: it connects you to the rest of the world in a unique way.