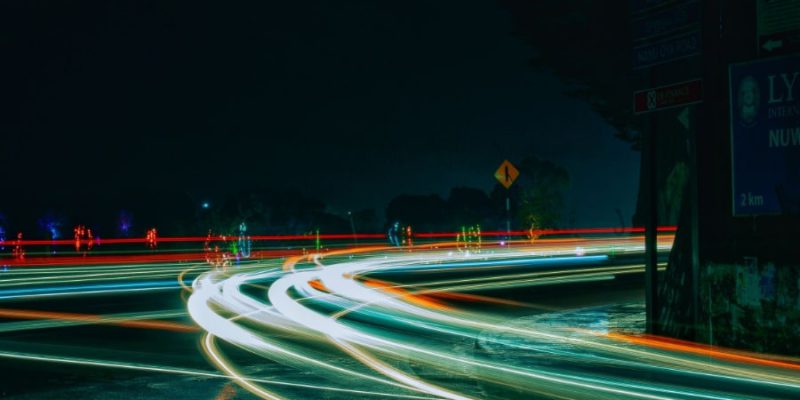 Today, we will talk about some of the best racing songs of all time. Music and songs seem simple yet hold a deep meaning in everybody’s heart. Music fits every situation, be it good or bad. And this is yet another article where we’d be discussing one specific area where music was ever so crucial; that would be the songs that adhere to racing or the feeling of it.

The feelings associate with this list of racing songs might vary from person to person. As we all know, the interpretations of songs depend on the person listening. For some people, it’s the rhythm or just the music. For me, racing songs would be rock songs or EDM music. They get your blood pumping and give you the energy to jump around.

This article will explore songs that anyone would love to hear while racing or performing a similar thrilling activity. Keep in mind that, although we term this list as racing songs, as discussed above, songs can be highly subjective. And this list of racing songs can also go well with your daily workout routine or whenever you may need a boost of energy.

George Harrison was an all-time fan of the racing world, significantly of the world of F1. He was present at numerous races and even was friends with many drivers. Harrison is playing his guitar in the back of a limousine driven by Jackie Stewart. Moreover, the rest of the footage is some of Harrison’s own personal shots. He took them at 1979 Brazilian and Monaco GPs.

The song is considered one of the greatest racing songs related to the world of racing. It was dedicated by the Beatle to “The Entire Formula One Circus”. This also served as memorabilia to Ronnie Peterson, who died during the 1978 Italian Grand Prix.

This unique piece has a bit more depth to it. The racing track was written in the early 1990s after the conversation between Knopfler and Johansson. Song depicts the struggles and trials of a Champ Car driver, simultaneously naming many of the tracks featured during the golden CART years. Some of them were the Mid-Ohio, Road America, and inevitably Nazareth.

The song is slow-paced as if telling a tale of a Champ journeying through his trials and tribulations. It giving us a great opportunity to feel the world of racing spiritually.

The famous artist, David Guetta, connects a relationship with a woman to a street race or simply describes an intense ride in a vehicle. This song connects more to the primal desire to pursue the thrill of danger, which, in general, is what racing is. It’s the reality about the adrenaline rush compared to intense street racing or sexual encounters. The song’s official music video explores the rivalry between two formula-1 drivers.

This unique piece is a single by none other than the famous French David Guetta Featuring Sam Martin. It got release from the album “Listen,” as a digital download in 2014. Song Writers David Guetta, Giorgio Tuinfort, Sam Martin, Jason Evigan, and Lindy Robbins all pitched in on this wonderful song.

Primarily, this racing song was a promotional single by Wiz Khalifa and Iggy Azalea for the infamous movie series “Fast and the Furious.” The song was used in the 7th movie of the franchise in 2015. Another version of this song, titled ‘Go Hard or Go Home Part 2’, was included as a bonus on the premium set of the soundtrack. Artists included Wiz Khalifa, French Montana, Trey Songz, and Ty Dolla Sign.

The two most important aspects or principles of this movie were loyalty and reputation. That’s exactly what the rap was about in the song, Wiz Khalifa, in his verse, depicts what loyalty means to him, and on the other hand, Iggy Azalea talks about maintaining her rep. This song mostly catches the feeling for the streets and the adrenaline push to hold on to that street rep.

You’ll Be Under My Wheels – The Prodigy

This song, among many others, is the pure essence of what kids from the 2000s would call pure nostalgia to remember what street racing or racing is called. The name “You’ll Be Under My Wheels” itself is a sign of pure confidence that is felt when this game is played. This song is played when the player is in the middle of a high-speed race or high-speed police chase. Either way, it’s a song to get you in the feel of the rush.

Flux Pavilion is the stage name of the English EDM producer Joshua Steele, also a DJ, songwriter, and label owner performing since 2008.

“I Can’t Stop” is one of the many EDMs (Electronic Dance Music) he produced. Now the reason to choose this specific EDM is that it’s an example of modern music. The song doesn’t necessarily contain a vast variety of lyrical content but carries great weight in its rhythmic music. That is what makes it unique enough to qualify for this list.

“I Can’t Stop” predated the almost trance–infused brand of melodic dubstep championed by artists like Adventure Club and Seven Lions. Further demonstrating the song’s broad appeal is the caliber of artists outside EDM who borrowed from it for derivative works.

Steve Aoki, yet another remarkable electro house DJ and producer, collaborating with none other than the substantial Joshua Steele aka Flux Pavilion. They released this blood-rushing hyped electronic racing song in the year 2014.

The video itself is about a high-stakes rush, a race against time as it seems. Running for your life is scary, which is inevitably thus the adrenaline rush. This song itself generates that feeling, not only that it is the rush that we feel in this song that would make us feel we’re in the very situation ourselves. Modern electronic songs take the listener to the depths and make them feel engaged or energized more than anything else.

The hip hop duo Bad Meets Evil, a handful of people composed of Royce da 5’9″ and Eminem from their first EP Hell: The Sequel. This song was released in 2011. The song still holds a substantial spot in our hearts.

Right from the beginning, the story is about life in the “Fast Lane.” Like most modern songs, this one also gives us the real feel of the fast lane life. Life is tough, and we often have to make difficult choices, yet we race on we move on. There’s no slowing down in the fast lane. And as always, this song gets our blood pumping the rush inside, making us want to do something extravagant.

Kiam Akasi Holley, aka Capone, in the year 2004 recorded an exclusive single for the famous game called Need For Speed Underground 2.

The song starts as if it’s chatter from a police scanner; the rhythm makes you want to accelerate in your car, bike, or be it on your couch. This racing song is the pure definition of Street Racing and its reputation, being fast and knowing how to drive properly, no ‘race’ in a car. The song will feel like a walkthrough of an intense street race.

Breakin’ A Sweat – Skrillex & The Doors

Breakin’ A Sweat is a song by an American electronic music producer Skrillex, featuring guest vocal and musical contributions from the surviving members of the American rock band The Doors. It was released in 2012 on the EP Bangarang. The song rose to number 32 on the UK singles chart. Music critics generally gave positive reviews, praised the collaboration, and highlighted it as one of the standout tracks from the EP.

The video of this racing song tells quite the story, not much for lyrical content, though, as all electronic songs are. Racing against mechanical sharks on ski jets is quite the mood for daredevils, which perfectly describes a racing fan and gets your gears in motion. And this music is just the thing to set the mood.

American electronic music producer Dillon Francis and French DJ and producer DJ snake released this single in 2014. The entire song basically consists of one line: “Get low when the whistle goes”. This song was also featured in the 7th movie of the infamous franchise of Fast and Furious. From 2014 till now, the song has views going up to 700 million.

Even though the song has one single lyrical line, it does what any good racing song intends to do, hype up its audience/ listeners. The music has a fun, upbeat rhythm, which inevitably brings about a jolly and forward-going attitude.

American rap group Lil Jon & the East Side Boyz released this song in 2003, released as a single. The first appearance was on the 2002 album Kings of Crunk. “Get Low” was in its prime when it peaked at number two on the Billboard Hot 100 and number 20 on the Hot Digital Songs chart. The most notable thing that should be mentioned is that this was a breakthrough song for the crunk genre, only because it was first of its kind and helped the rest to become mainstream.

“Get Low” is a song mostly on raps and such. Yet another song that relates to the thrill of having a woman, which people make a connection with cars in many cases. This is quite a common trend since people refer to their cars as a “she”. So, in many ways, this song serves that purpose, the purpose of treating your care with care.

Riders on The Storm – Snoop Dogg & The Doors

This song goes way back in time, back in 1971, released by the American Rock band The Doors. The song is classified as psychedelic rock and a precursor of gothic music and is primarily inspired by the country song called Riders in the Sky.

More importantly, for the current generation, this song was used in the famous game franchise called Need For Speed, specifically in the version called Need For Speed Underground 2. This song was used in the menu, greeting players as they embark on a wonderful open-world racing game. Relaxing, and as you familiarize yourself with the game menu and vehicles you’ll be using, this song will get stuck in your head, slowly but preparing you precisely for none other than the tough yet exhilarating world of street racing.

The English band known as Muse released their sixth and final single from their third studio album, Absolution, in 2004 known as “Butterflies and Hurricanes”. The song’s name was primarily inspired by the butterfly effect of chaos theory. The theory describes how even the smallest of changes in the present conditions, such as the movements of a butterfly’s wing, can cause substantial changes in the future, like a hurricane.

The song was used in the game, Need For Speed Most Wanted (2012). Before handing the controls over to the player, explain everything this song is playing as the game starts. As the narrator describes how everything the player does affects their rep in the game, and every action would have a meaningful result in the end, here this song perfectly fits in as its name states. Gives you a perfect subtle hint about the racing world.