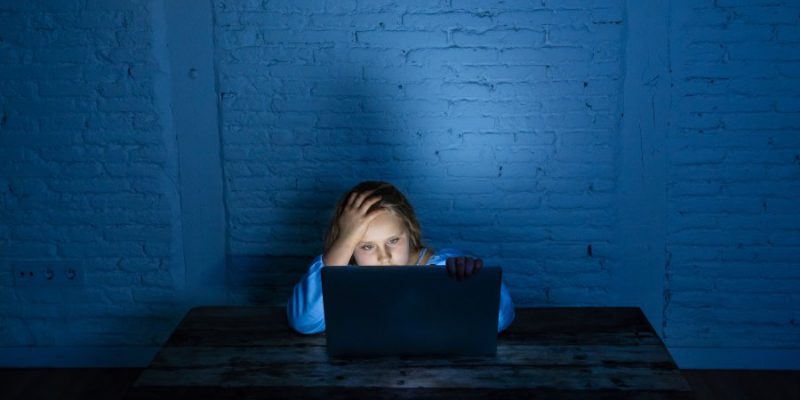 Before diving into the movies about cyberbullying, it’s a must to state that cyberbullying is one of the biggest problems many teenagers are facing. Sometimes the situation can get out of control and lead to disastrous consequences. Moreover, not only teenagers, but even some celebrities also aren’t safe from it.

So if you are looking to get educated on this topic, then we have made a list of movies about cyberbullying for you. Today, we are going to list our top 10 movies.

Since there are not many popular movies based on this subject, we have handpicked a few movies about cyberbullying that deal with this subject in a mature way.

So let’s get started.

Cyberbullying is not the main topic of this film but it shows multiple forms of bullying including cyberbullying. This film is probably the most light-hearted entry on our list of movies about cyberbullying.

The Duff is a comedy teen film. It revolves around a high school senior starting a social revolution, after learning that she has been branded the DUFF (Designated Ugly Fat Friend) by her prettier, more attractive friends.

This movie deals with the subject matter in a light-hearted manner. It creates many humorous moments that actually pay off. Overall, it is a good and fun movie to watch and learn about the negatives of bullying.

The theme that most of the movies about cyberbullying carry is that often it pushes people over the edge. Victims get so insecure and embarrassed about themselves that they even attempt suicide.

Odd Girl Out is a made-for-TV teen drama film. The film revolves around Vanessa whose friends create a website dedicated to bullying her when they find out that she has a crush on one of the most popular boys in school. This pushes Vanessa to a suicide attempt.

The best part about this film is that it also includes a message of fighting back. In this film, Vanessa’s mother takes things into her own hands and involves the school authorities in the matter. She shows us what role parents should play when their child gets bullied.

The earliest form of cyberbullying is probably prank calls. These prank calls can be really annoying and cause mental distress. Furthermore, some people even manage to scam people for money using prank calls.

Don’t Hang  Up is a horror film. It revolves around two teenagers whose night of drunken prank calls turns into a nightmare when a stranger plays their own game against them, with fatal consequences.

This entry on our list of movies about cyberbullying actually shows the consequences that the bullies face. The film is a little predictable, however, it manages to engage the audience. It is an overall decent horror film to watch.

Stalking is one thing that crosses the line between cyberbullying and actual felony. Oversharing your information on social media can lead to horrifying results.

Like.Share.Follow is a horror-thriller film. It revolves around Garrett who is a YouTube sensation on the rise. Shell is an avid fan. However, when they start dating, he has to consider whether sharing his life online with others is an invitation to community and rescue or stalking and obsession.

This film is a great representation of online obsession and stalking. The film features a likable protagonist who himself is part of the internet. All in all, it’s a decent film with some good suspense.

This entry on our list of movies about cyberbullying features a girl standing up for justice. She is shown to be strong and is ready to take revenge. Moreover, this film explores the subject of cyberbullying from both sides.

A Girl Like Her revolves around Jessica, a high schooler. She has to confront her bully, Avery Keller who has been bullying her for the past year. Jessica takes the help of Brian, her friend, and a hidden digital camera. They manage to capture evidence of Avery’s relentless harassment.

This film is a must-see for everyone who has been cyberbullied or who has bullied someone else. This film is definitely one of the best representations of cyberbullying and social bullying. It should be watched by teenagers at least once.

Our next movie about cyberbullying tackles the subject in a very realistic and darker way. This film not only deals with cyber-harassment but also how unsupervised internet usage can lead to various complications.

Trust is a crime drama film. The story revolves around Annie, a teenager, is cyber bullied and sexually abused by a middle-aged man. When Annie’s parents discover the truth, the situation becomes more problematic. Furthermore, her father becomes obsessed with locating him.

This film has a very gripping narrative. It tackles a subject that is quite common in today’s day and age. In addition to the gripping premise, the film also features good acting and decent pacing. You should definitely watch this one.

While this film isn’t completely about cyberbullying, it shows social bullying which does eventually transform into cyberbullying. It shows how far teenagers can go in terms of bullying to validate themselves.

Carrie is a drama and horror film. It revolves around Carrie White, an outsider, bullied by her classmates and mother, who is narcissistic. She learns how to control her new abilities after discovering she possesses telekinesis. When she is pushed too far, however, her abilities turn lethal for everyone around her.

Carrie is a modern-day retelling of the 1974 Stephen King novel. This film shows how recording a humiliating video of someone can push that individual to their limits. Chloe Martinez portrays the lead role quite perfectly. Overall, this film is a good retelling of the classic story.

This entry on our list of movies about cyberbullying deals with the subject of suicide due to bullying as well. This film gives the entire scenario a supernatural and horror twist.

Unfriended is a found-footage horror film. It takes place on Skype, where a group of high school classmates receives a notification from Laura Barns, a girl who died precisely a year ago. Laura actually committed suicide when she found an embarrassing clip of her circulating the internet.

Unfriended bought a unique spin in the genre of found-footage films. It features good writing in addition to convincing acting. The film manages to tackle current issues while also doing its job of being a horror film.

Some real-life stories are enough to shake up society and demand new changes. This story is one of them. It is the story of one of the earliest deaths caused by cyberbullying. However, even after all these years, it is sadly still relevant.

Cyber Bully revolves around Taylor Hillridge, a teen who receives a laptop for her birthday and joins a social networking site. She begins to feel isolated as her friends abandon her and she eventually becomes a victim of cyberbullying.

Cyber Bully is inspired by the real-life suicide of Megan Meier. It presents us with the issues teenagers have to face and what we can actually do to help them before it’s too late. This is a must-see film related to this subject.

This film may have a similar name to the previous entry on this list, however, it is entirely different from it. Its premise is quite disturbing and happens in real-time.

Cyberbully is a crime drama film. It revolves around an unidentified hacker who plans to release Casey’s private images over the Internet. She has to stop the stalker’s scheme and save her identity. However, this whole incident is since Casey herself was involved in an act of cyberbullying.

Just the way this film is shot is remarkable. It feels real. The plot is fast-paced and feels quite natural. In addition, Maisie Williams’ acting is top-notch here and she carries the entire film on her shoulders.  Overall it is a brilliant film that should be seen by teenagers.

So this was our list of movies about cyberbullying. We are seeing an increase in cyberbullying every day. If we are correctly educated and educate our children about this topic, we can help eradicate it.

We hope you get educated on this topic and get entertained as well by watching these movies about cyberbullying.