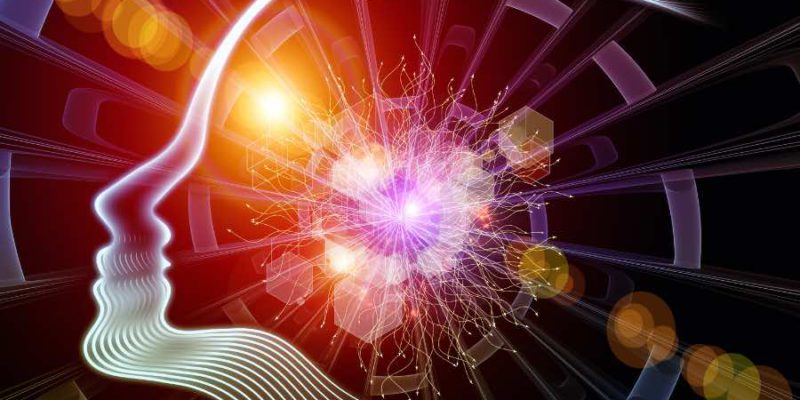 However, sometimes filmmakers like to toy with our minds and make us question our perception of reality with some twisting stories in their movies. Mind-bending movies are very thought-provoking and require extra attention to detail while watching.

A film must possess a few key characteristics in order to be a thought-provoking or mind-bending movie. There should be enough hidden twists in the plot to change your mind. The filmmaker must have an exceptional ability to mislead you the entire movie and then take the story to an entirely different route.

We’ve handpicked a few of these mind-bending films for you. Starting from…

Goodnight Mommy is a German psychological horror film. The story of this mind-bending movie deals with the relationship between two twin brothers and their mother. Who recently returned home after cosmetic surgery. However, under the bandages is someone they don’t recognize.

The movie is quite underrated, even though it has a very unique and bone-chilling plot. This film is more than capable of keeping you awake at night. Definitely give it a try if you are a fan of psychopathic thrillers.

Mr. Nobody is a mystery mind-bending movie. It revolves around Nemo, the oldest and final man to ever have the option of immortality in a utopian future. He’s being questioned for his life’s documentation. However, the stories he tells seem to contradict each other. He is seemingly living multiple lives.

The movie doesn’t follow the traditional trends of storytelling. It keeps your mind questioning till the very end. Moreover, the cinematography, acting, and musical score are just perfect.

The Fountain is a sci-fi thriller movie. It follows Tommy, a present scientist, fighting with destiny, urgently seeking a medical breakthrough that will help his cancer-stricken wife, Izz.

Darren Aronofsky is famous for creating mind-bending movies and The Fountain is no exception. In addition to the thought-provoking storyline, the performances given by Hugh Jackman and Rachel Weisz are beyond perfect.

The Matrix is a sci-fi action movie. The film revolves around a computer developer, Neo who learns that the world is nothing but a computer simulation. This truth changes his life completely.

The Matrix may not be a very mind-bending movie. However, the premise itself is quite mind-bending. It gave rise to various people wondering whether they’re actually living in a simulation or not. It is a really well-made sci-fi flick and you should definitely watch it.

Looper is the next mind-bending movie on our list. It is set in the year 2044. Hired killers, known as ‘loopers’ wait to kill targets who have been sent back in time by a gang. After a looper named Joe appears looking to execute a personal mission, he is confronted by his future self.

The plot may seem puzzling at first, but the film does an excellent job at explaining things as it progresses. The film is packed with action and thriller elements. In addition to being a mind-bending movie, it is also a great action movie.

12 Monkeys (often written as Twelve Monkeys) is a sci-fi movie. It is set in a futuristic period. Where a criminal is sent back in time to gather knowledge about the man-made virus that killed out the majority of the human population on the planet.

If you are familiar with Terry Gilliam’s work then you will see how this movie uses all of his favorite elements and blends them together perfectly. Overall, this is a fantastic sci-fi film; the story is fantastic, and the cast is outstanding.

Pi is a horror-thriller movie and it revolves around a genius mathematician. Who is obsessed with finding a number that can unveil many mysteries hidden in the universe.

This is a purely mind-bending film. However, it is not easy to watch and you may need multiple attempts to watch it. The film may look a little cheaply made, well because it is but the narrative is quite strong. We have also talked about it in detail on our list of movies about obsession.

Next up on our list of mind-bending movies is The Machinist, a drama thriller film. The film is about an insomniac industrial worker who begins to question his own sanity when he constantly finds secret messages written on post-it notes on his fridge

Christian Bale is the true star of this movie. The dedication he brought to this role is simply unbelievable. Additionally, the film is gritty and takes you on a mind-bending journey.

Predestination is an action, drama, and sci-fi movie. This movie’s plot follows the life of a Temporal Agent who is dispatched on a complex series of time-travel missions in order to ensure the longevity of his law enforcement career.

This movie has established a place among many people’s top sci-fi movie lists due to its mind-bending and intricate plot. It puts its own unique but gritty spin on the time-travel genre. Predestination is one of the most original sci-fi films.

Donnie Darko is a psychological thriller. This film is set in the late 1980s during an election year. It depicts the story of a disturbed adolescent who receives unsettling visions from a tall bunny rabbit warning him that the world is about to end.

The plot twists are insane throughout the film, and you may need to see it numerous times to fully understand the storyline. The film is a mind-bending experience. It may not be for everyone, however, if you are a fan of movies that force you to think then this is the one for you.

Shutter Island is a mystery film. It revolves around a US Marshal investigating the disappearance of a murderer who escaped from an asylum in 1954.

This film’s story is quite simplistic unlike other entries on this list. However, the film is executed in such a manner that the ending completely sweeps you off the floor. It is a beautiful and highly recommended film.

Split is a horror and thriller. Kevin Wendell Crumb, a mental patient with 23 personalities, is the central character of the film. For unclear reasons, he kidnaps and imprisons three teenage girls in his basement.  They must devise a plan to flee before a new and evil personality emerges.

If you’re familiar with M Night Shyamalan’s work, you’ll know that nearly all of his films feature a unique plot and usually concludes with a twist. Split also features outstanding performances from all of the film’s cast members, especially James McAvoy.

The Truman Show is a comedy, drama film. The story of the movie revolves around Truman Burbank, a man who lives a “fake” life. Above all, his home is a large studio and his life is actually a broadcast. However, Truman is not aware of the fact that his entire life is a lie.

This mind-bending movie is based on a very horrifying concept. Most people pick this movie up because it’s “comedy” but it is actually a drama with some elements of comedy. It’s quite dark and you’ll feel sympathetic to the character beautifully portrayed by Jim Carrey.

Blade Runner 2049 is a mind-bending sci movie. It revolves around officer K, a new blade runner, who uncovers a long-buried truth that threatens to throw society into turmoil. His revelation pushes him on a mission to track down Rick Deckard, a former blade runner who has been missing for 30 years.

Right off the bat, this movie is simply beautiful. The story is a direct sequel to the original Blade Runner. However, the film is quite slow in terms of a sci-fi film but it all pays off by the time it reaches climax.

The Butterfly Effect is another mind-bending time travel movie on this list. This film revolves around Evan Treborn who has blackouts throughout major life events. However, by reading his journals, he discovers a way to travel back in time and change these events.

This mind-bending movie actually has two endings. I’m not going to spoil either one of those but I’ll tell you that one of them is unbelievably crazy. The whole movie is a thrill to watch and will keep you glued to your seat the entire time. It is an underrated gem in terms of mind-bending movies.

Stanley Kubrick was truly way ahead of his time when it comes to films. 2001: A Space Odyssey revolves around the Monoliths that inspire humankind to aim for the stars. However, after being discovered in Africa centuries ago, the strange structures guide humanity on an epic voyage to Jupiter. Aided by H.A.L. 9000, the world’s most powerful supercomputer.

This film is a masterpiece in terms of technical aspects. The way the director was able to shoot this film so many decades ago is just marvelous. 2001: A Space Odyssey will require multiple viewings for you to fully appreciate this mind-bending movie.

Memento is a crime thriller movie. The plot centers around Leonard. An insurance investigator whose memory has been impaired as a result of a brain injury he got after intervening in his wife’s murder.

The movie is one of a kind and has a very unique premise. Christopher Nolan executes the story very well and messes with our minds. Overall, the film features strong performances and a very gripping storyline. It is worth watching.

Interstellar is another sci-fi movie. It focuses on a group of space scientists who embark on a journey through a wormhole to save the Earth’s future.

There’s so much going on in this film, the music, the acting, the emotional storyline. In terms of a sci-fi film, Interstellar is unparalleled. It has some of the most emotionally powerful sequences. Additionally, the visuals are great too as expected from a Nolan film.

Fight Club is a drama film directed by David Fincher. The film’s plot centers around an unnamed insomniac narrator who seeks a fantasy to escape his mundane life. After that, he meets a badass soap seller and they both run an underground fight club which evolves into something worse.

Edward Norton and Brad Pitt, both deliver great performances and they have very good on-screen chemistry. The film’s pacing is brilliant and the ending will hit you out of nowhere.

Inception revolves around a thief who steals people’s ideas, however, he is now tasked with planting an idea into someone’s brain. His whole plan could go wrong if he doesn’t address his personal demons first.

This film is perfect in almost every aspect. It has every element that is required to create a mind-bending movie. Christopher Nolan uses various techniques to create all the crazy sequences in the film. Therefore, it is a modern masterpiece and deserves to be seen by everyone.