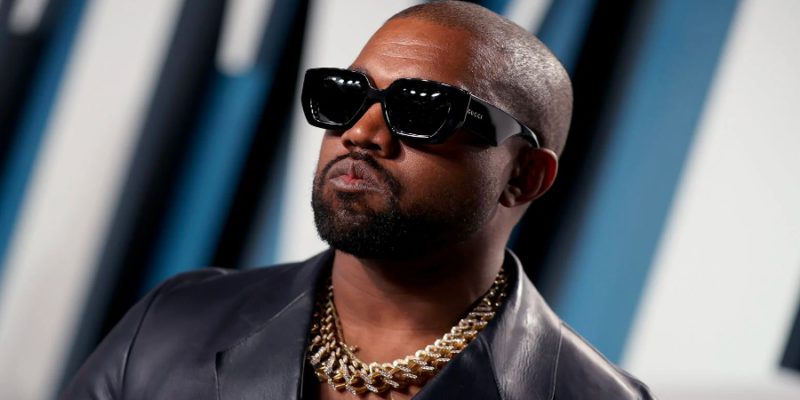 Today, we will talk about the ten Kanye West best album. With over 160 million records sold and 22 Grammy Awards, Kanye West is undoubtedly one of the most critically acclaimed Hip-hop artists of all time. Besides, the 44 year old rapper is not only popular for his music but for his controversies, pop persona, clothing lineup (most notably Yeezy sneakers), and much more.

The American record producer and rapper has ten studio albums, two collaborative albums, four mixtapes, and one video album. Let’s jump to our list of ten best albums from Kanye West ranking from worst to best.

The time he took off from public appearances that year doesn’t seem to have brought him enough peace. Track one begins with a monologue in which West contemplates whether or not he should murder himself, depending on who hears him say, ‘I thought about killing you.’

Some of the songs in this collection rave about psychedelics and pharmaceutical substances while others sound like worrying about what Kim Kardashian West may think about all that. ‘I think Prince and Mike is trying to warn me,’ in the song ‘Yikes’ Kanye speculates. ‘They know I got demons all on me.’ The song ‘Ghost Town’ holds a promise not to ‘bet it all on a pack of fentanyl.’ The producer’s mastery of sound design and sampling elevates the message’s weight.

Overall, as an album ‘Ye’ feels kinda rushed. ‘Ye’ is not the utter catastrophe that some feared, but it is far from the comeback to form that might have helped rebuild Kanye’s bruised image. Instead, the one-time innovator is trapped in a holding pattern, too far gone to recognize just how much space shifted under him.

Over the course of his career, Kanye has been able to push his followers with a variety of sounds and directions. Even if this has resulted in certain disappointments, this risk-taking has also paid off in some of the albums discussed in this article later.

Yeezus is undeniably different and intriguing. Kanye attempts to blend too many contradicting sounds. The majority of the beats of this best Kanye West album have rough electronic noises. Some modern rap fans will like some of the beats. But in the conventional sense, this can hardly be considered as a “hip-hop” album. The words are occasionally thought-provoking. ‘Yeezus’ sounds like Kanye’s most rushed lyrics ever. With autotuned choruses, the fans have mixed feelings over one of this best Kanye Wealbumsbum.

Yeezus has 10 songs clocking in 40 minutes. ‘Blood on the Leaves’, ‘Bound 2’, ‘Hold my liquor’ and ‘Black Skinhead’ are some of the standouts.

‘Donda’ intertwines the gritty modern blare of ‘Yeezus’ with the elated Gospel sadness of ‘Jesus Is King’. Surprisingly, Donda has 27 tracks (yes! you heard it right!) that last for an hour and 48 minutes, covered by an additional four “pt 2” remixes. As a result, it is the most durable album in this list of best Kanye West albums. The song ‘Jail, Pt. 2’ features both DaBaby and Marilyn Manson, which some people think of as some sort of protest against cancel culture.

‘Donda’ reflects on Kanye West’s bond with God that makes him to be a little more thoughtful.

Kanye’s religious mission statement is laid forth in the concluding stanza of “Off the Grid”: “I ain’t delivering heavenly messages just for the hell of it, Don’t try to test me; I keep it clean, but it can get messy.” The first verse of “Jesus Lord” sounds raw and direct from Kanye after many years, a whirling repressed anxiety, addiction, and flashback of memories of his mom. On Yeezus, Kanye’s rants over delayed croissants and referencing ‘The Waterboy’ were cheap humor hidden within the high artistic expression.

For instance, Kanye’s notorious joke bars hit with a bang on Donda, among all the uncertainty. However, he raps considerably better on tracks like “Lord I Need You” and “Off the Grid” than he did on his previous two albums. “Hurricane,” “Pure Souls,” and “Believe What I Say” sound like legit hits that have been featured in more radio play than he’s had in years.

“The Life of Pablo” one of the best Kanye West albums, feels careless because it reflects his habit of never being fully done with something. While the album was recording, he was never in one place. But, in February 2016 Kanye organized a listening party at Madison Square Garden charging the fans $160 a ticket to come and watch him play some of the new songs off a laptop even though the whole album was not done completely.

The name of the album left fans wondering about which ‘Pablo’ Kanye is referencing. Picasso? Escobar? But, it was actually Paul the Apostle. In a series of tweets leading up to the album’s release, West compared himself to one of Jesus’ 12 followers, someone who became famous for becoming Christianity’s one of the well known evangelists. West’s tendency to draw comparisons with historical figures was nothing new but highlighting a kindred spirit in the man he characterized on Twitter as “the most powerful messenger of the first century” certainly raised a few eyebrows.

808s & HEARTBREAK is Kanye’s fourth studio album. Following the release of this best Kanye West album, West had a number of personal issues, including his mother’s death, which was publicized widely.

Kanye sees his album as “therapeutic,” and the album’s twelve tracks address complexities of loneliness, grief, and suffering. 808s features some radio-friendly singles, but most of it is quite strange. Some may dislike it but listening to it multiple times some will be impressed by West’s talent.

However, the title is inspired by the Roland TR-808 drum machine, which is audible throughout the album. Heartless, Say You Will, and  Love Lockdown are some of the good songs. West’s vocals are friendly and emotional, with a blend of talking, rapping, and harmonies. Kanye heavily uses combined sounds such as vocal samples, drum beats, and Electronica to create his beats.

With more in-depth, much more beautifully organized production this best Kanye West album is more matured than his first album The College Dropout – thanks in part to West’s cooperation with producer Job Brion – the album debuted at number one on the Billboard 200 charts.

On the album, Kanye develops musically and lyrically more than he did on his debut. Moreover, he showed maturity and demonstrated the real deal. Late Registration is a dopamine-inducing masterclass from West that flows seamlessly and takes you on an exhilarating ride as a listener that is hard to come by.

‘Watch The Throne’ is a collaborative studio album from Kanye and Jay-Z. In other words, it is one of the best Kanye West albums that follows on the heels of career-defining records from both rappers.

However, finding rare vintage samples and boosting them to swanky levels is one of Kanye West’s biggest producing skills. Certainly, ‘Watch the Throne ‘is the strongest example of this brilliance in his whole discography.

‘Watch The Throne’ had 12 songs with a length of 46 minutes. The soulful gems, particularly James Brown’s “People Get Up and Drive Your Funky Soul (Remix)” and Otis Redding’s “Try a Little Tenderness,” are crucial to the album’s personality.

Underneath the glam and swagger bits from The Color Purple soundtrack (1985) and Alan Lomax’s Sounds of the South (1969), which reflect Kanye’s producing skills.

One of the best Kanye West albums “Graduation” clocks in at around 51 minutes with 13 tracks. Certainly, Kanye’s artistic impact is quite amazing throughout the whole project. Takashi Murakami’s album cover art still to this day remains iconic, as well as the lyrics with hilarious punchlines. To clarify, what really stands out most is the production of this album. For instance, every aspect of the record was amazing and this even enlarged beyond music towards fashion. However, with time this album’s legacy grows.

With a harder electronic sound, very much audible on the super hit song Stronger, features a heavy vocal sample of Daft Punk’s Harder, Better, Faster, Stronger. At the same time, ‘Flashing Lights’ and ‘Can’t Tell Me Nothing’ sound amazing. On the other hand, some even say that this album defined the route hip-hop took putting an end to gangsta rap. Kanye combines more electronic sounds, as well as soulful samples, pianos, horns, heavy basses, and a diversity in backing voices, all of which bring something unique to the album.

After the debut solo album from Kanye, ‘The College Dropout’ dropped, hits like “All Falls Down” and “Jesus Walks” kept running on the radio all year long, and the album sold over 3.3 million copies. So, we have decided to take this precious album in our list of best Kanye West Albums.

It was nominated in 10 categories at the 2005 Grammy Awards and won three (Best Rap Album, Best Rap Song, “Jesus Walks,” and Best Rap Collaboration, “Slow Jamz feat. Twista and Jamie Foxx”). ‘Never Let Me Down’ (feat. Jay-Z and J.Ivy), ‘Two Worlds’ (feat. Mos Def and Freeway) are amazing songs. But more than prizes and album sales, the project introduced a fresh voice to hip-hop. Kanye sounded like the alienated middle class who had to be wealthy enough to be poor again. Someone who knew what they were going through and could help them find a way out.

There’s no doubt that Kanye West’s The College Dropout is a fantastic album, and on any other day, it would be higher on any list. Very few artists could make a debut album like this. But Kanye’s growing confidence defined his career trajectory with this album. Because of the amount of routes that ‘The College Dropout’ opened up for artists to occupy, its distinctiveness is difficult to observe through the history of hip-hop. 18 years later it’s still a classic.

‘My Beautiful Dark Twisted Fantasy’ is a phenomenal album that can only be imagined by someone with a massive ego, and it remains one of hip-hop’s most ambitious records ever. ‘My Beautiful Dark Twisted Fantasy’ reportedly cost $3 million to make, incorporates real strings, horns, and top class featuring artists that includes Jay-Z, Beyonce, Alicia Keys, and Bon Iver.

After Kanye West released ‘Graduation’, it seemed like he was at the top of his career. In ‘My Beautiful Dark Twisted Fantasy’ his musicianship had improved substantially, as his rhymes and vision had become clear, and his aesthetic had become refined and sharp.

My Beautiful Dark Twisted Fantasy tells his twisted tale in a concise manner, addressing all of his critics.

The album’s first song, “Power,” makes it clear that his talent should be respected and appreciated. On “Gorgeous” and “Lost in the World”, he dives deep into his feelings of abandonment and alienation from America, reflecting further on the social atmosphere that cast him out, before moving swiftly back to his personal life.

Kanye described ‘My Beautiful Dark Twisted Fantasy’ as “my big, backhanded apology” and “the album where I gave people what they wanted” in a New York Times interview around the release of the album ‘Yeezus.’ “It was like, all these raps, all these sonic acrobatics,” he explained.

‘Let me show you guys what I’m capable of, and please accept me back, you’d want to have this album on your shelves.'”

Choosing between Beats Studio Buds vs Airpods Pro is actually not that complicated. ...

We are going to discuss some of the hardest instruments to learn and ...

All Eminem Albums: Ranked From Worst To Best

Eminem is undeniably one of the world's most well-known rappers, and his have ...