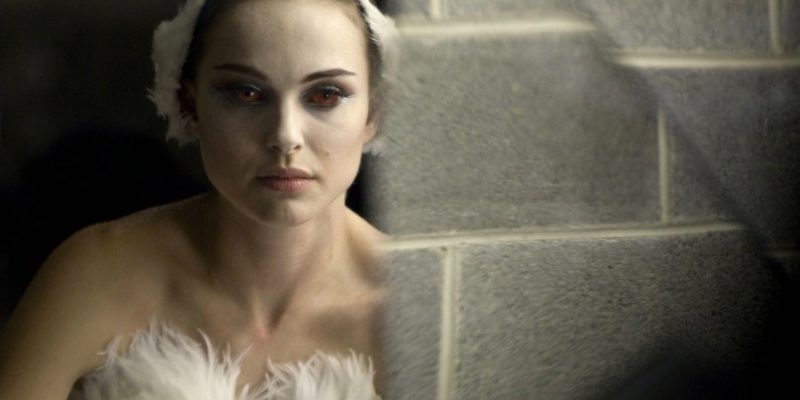 Before diving into our list of movies about obsession, let’s define it first. Obsession is a thing that can lead humans to any extent. When most people hear the word obsession, they think about an obsession with a person. However, that is not the only kind of obsession. A human can be obsessed with drugs, money, or even himself.

The topic of a human’s fixation on something else is quite interesting. So naturally many filmmakers have made movies about obsession. These movies revolve around the reason why these characters are willing to go to such extremes to fulfill their desires.

Most of the movies based on this topic are thrillers or horror, however, we’ll attempt to include films that depict obsession in unusual (yet realistic) ways, as well as films that downplay obsessions and compulsions.

The Cable Guy is a comedy-thriller movie. It revolves around a cable guy named “Chip” who wants to befriend Steven who just moved into his apartment. However, he ends friendships with Chip after finding out that he’s annoying. Chip then vows vengeance and goes to great lengths to destroy Steven in whatever way he can.

This movie about obsession deals with the subject of “obsession with a person”. You would not expect such a theme in a Jim Carrey movie. However, the actor actually nails this role as the maniac cable guy. Overall, this is a great film with a great script and is usually overlooked.

The next movie about obsession on our list is Single White Female. It is a drama thriller. When a woman advertises for a new roommate, however, she discovers that the renter who decides to move in is acting strangely.

Single White Females again deals with the theme of “obsession with a person.” This theme is quite common in movies about obsession. Apart from a few flaws, the film is good with good pacing in addition to decent performances given by the actors.

Fatal Attraction is a thriller movie. The film’s story begins when a married man’s one-night stand turns into a stalking campaign against him. The woman will try to snatch him at any cost.

This film stars Micheal Douglas and Glenn Close in lead roles. Glenn specifically plays the role of the obsessed psychopathic lover with utmost perfection. The film may not be a masterpiece however, it is certainly a classic portrayal of obsession.

The next entry on our list of movies about obsession is called The Hand That Rocks the Cradle. It revolves around an enraged pregnant widow who loses her child when her humiliated husband commits suicide, and she sets out on a vengeance mission against a woman and her family.

The Hand That Rock The Cradle is about a woman obsessed with revenge. It is a bone-chilling film and features great performances by the actors. Moreover, strong direction and an unsettling premise will keep you engaged throughout its runtime.

The Prestige is a mystery thriller movie. It revolves around two friends turned rival magicians who are obsessed with trying to outperform the other one.

This film is directed by Christopher Nolan and stars Christan Bale and Hugh Jackman in lead roles. Out of all the movies about obsession on this list, The Prestige is the most unique. Both Bale and Jackman performed really well in their roles. In addition, the twists will leave you stunned.

Pi is a sci-fi thriller that revolves around a paranoid mathematician obsessed with a crucial number that will reveal nature’s universal patterns.

This film is quite difficult to explain and you’ll have a better experience watching it without knowing anything. The soundtrack is fantastic; it’s dark and brooding, and it’s cleverly utilized. The script is both intellectual and weird, moreover, the plot as a whole is quite engaging.

The next movie about obsession on our list is King of Comedy, directed by Martin Scorcese. The film revolves around a failed comedian who is obsessed with being famous. To fulfill his desire, he ends up kidnapping the most famous talk show host who’s also his idol.

The King of Comedy is one of my top 3 films by Scorcese. De Niro’s performance and the gripping storyline make this film truly unforgettable.

Malena is an Italian drama romance film. It revolves around a teenager who gets obsessed with a new woman in town (Malena). However, when her husband is called for war, the townsfolk set their lustful eyes at her.

The film pulls you in with its light-hearted start but slowly becomes more and more unsettling. However, the ending is one of the most satisfying endings in movies ever. In addition to the movie’s theme of obsession, it also touches upon some other sensitive issues as well.

Lolita is a drama romance film. The film follows a professor who gets obsessed with a 14-year-old girl and even marries her mother to get closer to her. It is directed by Stanley Kubrick.

Most movies about obsession deal with the subject in a very controlled manner, however, Lolita picks up quite a controversial subject. All in all, if you can get past the taboo aspect of the premise, the film is actually quite well made. It is a tale of man’s destruction due to his obsession.

Whiplash is an intense drama film. The plot revolves around a bright young drummer who enrolls at a competitive music academy. Here his ambitions of brilliance are guided by an instructor who is actually obsessed with perfection.

J.K Simmons portrays the character of a strict music instructor very convincingly. In addition to Simmons, the film has Miles Teller as his prodigy and the chemistry between the two is just infectious. Whiplash is a fresh take on the topic of obsession and is highly recommended.

Phantom Thread is a drama film that revolves around Reynolds Woodcock, a famous dressmaker whose orderly lifestyle is crippled when he meets Alma, a young, independent woman who becomes his obsession and lover.

If you prefer slow-burn films then this movie about obsession is the right pick for you. It takes its time to set all the pieces in action and then delivers a satisfactory payoff. The cinematography, direction, and acting are purely brilliant. This film is a modern masterpiece.

Black Swan revolves around a performer. After obtaining the lead part in a production of Tchaikovsky’s “Swan Lake,” she tries to save her sanity as she becomes obsessed with perfection.

Darren Aronofsky seems to love making movies about obsession. This film features Natalie Portman’s best performance of her career in my opinion. The whole movie is tragic, thought-provoking, and quite beautiful (in its distinct way).

The Shining is a horror-thriller film. It revolves around a family that goes to a remote hotel for the winter, where a menacing presence drives the father to insanity, while his psychic son sees terrifying visions from the past and future.

This movie about obsession sees Jack Nicholson’s slow descent into madness as he gets more and more obsessed with the hotel’s history. This is one of those films that everyone should watch at least once in their life.

Following is a crime thriller film. The film ‘follows’ a writer who stalks people to get stories. However, he gets pulled into a string of unforeseen events when a burglar he was stalking finds out about him.

This film was the debut of Christopher Nolan’s directorial career. It may not be as refined as his other films but that is due to budget constraints. However, in the genre of movies about obsession, this film is quite unique and stands out from the rest. It is highly recommended.

The next movie about obsession on our list is a 1950 classic titled Sunset Blvd. The story revolves around a faded actress who is desperate to make a return to stardom. She hires a young screenwriter to help her. However, things slowly become more and more bitter.

Sunset Blvd deals with the beautiful subject of obsession with one’s past. The story is very addictive, enhanced by the brilliant performances by every actor involved in the film. This film is one of a kind.

Cape Fear is a crime thriller film. It is about a convicted criminal who hunts the family of the lawyer after serving a fourteen-year duration who failed to protect him against his charges.

This movie about obsession takes the subject to another level. Cape Fear is a movie that actually makes you hate the main character. This effect would not have been possible without De Niro’s amazing performance. The film is often crude, however, if you’re familiar with Scorcesse’s work, you can easily watch it.

Perfect Blue is an anime movie about obsession. It revolves around Mima Kirigoe and when she decides to make a career shift from singing to acting. However, her plans don’t go right as she is chased by an obsessive fan and what appears to be a ghost from her past.

We have already talked about this film in our list of sad anime movies. The film is simply mind-blowing and very thought-provoking. You should definitely give this one a try even if you don’t like anime.

Vertigo is another classic film of the 50s making its way on this list. It is directed by the legendary Alfred Hitchcock. It follows a police detective who becomes obsessed with the beautiful woman he has been hired to trail. However, the woman may be holding some dark secrets.

In addition to the compelling storyline and well-written characters, this film also features a marvelous soundtrack. It would be incomplete without it. Overall, a fantastic film that deserves to be recognized as one of the best.

Misery is a thriller movie, adapted from a Stephen King novel. It follows novelist Paul Sheldon who smashes his automobile. Annie Wilkes, Paul’s “number one fan” discovers him. She nurses him and takes him home but Paul soon finds out that he’s in big trouble.

The backbone and real star of this film is definitely Katy Bates. Her performance is just phenomenal and will send chills down your spine. The film is one of the best Stephen King adaptations. Overall a very tense and engaging film. The writing is excellent, but Caan and Bates both deliver outstanding performances.

Requiem for a Dream is a psychological drama film. It follows the lives of four people from Coney Island who live in drug-induced fantasies. They don’t realize how this obsession is going to flip their entire lives.

I don’t want to tell you more about the plot of this film because I want you to actually watch it. When the credits rolled, I just sat there blank for at least half an hour. This film had a very deep impact on me. It made me realize how we take certain things for granted in our life.

However, if we talk about technical aspects, this film has it all like great cinematography, brilliant acting, and a soul-piercing soundtrack. I always recommend this film because it is hands down the best movie about obsession.

So, this was our list of movies about obsession. The subject itself is quite dark and most of the movies made on it are no exception. We hope you found yourself a good movie to watch on this list.