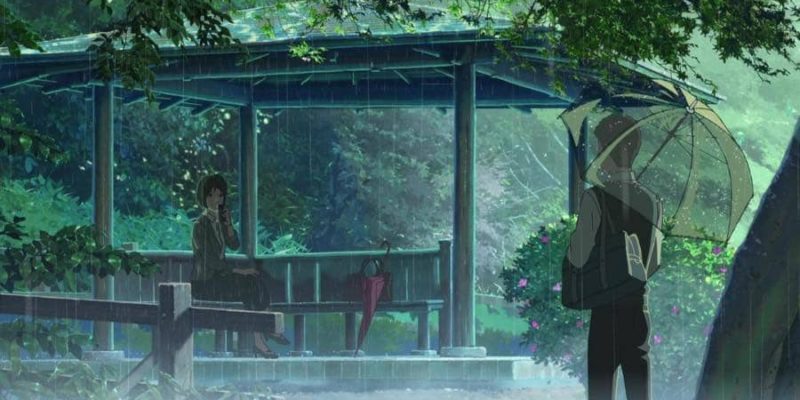 Anime movies and series are becoming more and more popular. The reason behind this popularity is the storytelling in these anime. These anime movies or shows realistically portray human emotions. This, however, can result in some heartbreaking and sad moments.

We will be focusing on anime movies in this article, more specifically sad anime movies. These movies usually deal with a very serious and mature theme. Such themes require special attention to detail. However, if these serious and heartbreaking themes aren’t handled with care the result can be disastrous.

Since there’s a plethora of anime out there, it often gets hard to choose which anime movie is the best for you. So if you are looking for some sad anime movies to watch then look no further. We have compiled a list of the top 19 sad anime movies for you.

Usually, animated movies are made for children and feature light-hearted characters and storylines. However, in this list, you’ll find some really heartbreaking and sad anime movies that may make you cry. Moreover, the entries on this list aren’t necessarily ranked, it is just a general list.

The first movie on our list of sad anime movies is Orange: Mirai. It is actually a retelling of the story of an anime called Orange. In addition, the film includes an original plot set after the events of the manga and anime series.

The film is exceptionally made and the story-telling is on point. However, I highly recommend you watch the anime before watching the film as it’ll enhance your experience. Both the movie and the anime are absolute tearjerkers.

The Girl Who Leapt Through Time is a fantasy and sci-fi film. The film revolves around Makoto, a high school student who gains the ability to travel back in time and utilizes it to make her life better. However, by doing so he is causing some irreversible consequences for herself and others.

This film serves as a sequel to the original novel it is based on. The plot is always interesting and never feels boring.

This sad anime movie revolves around a young girl whose voice was mysteriously taken away so that she would never hurt others. However, this has a positive impact on her life when she discovers music and makes new friends.

Anthem of the Heart has a “heartwarming” story (no pun intended). The character development is simply amazing. Moreover, the music is simply beautiful. The unexpected ending will surely make you cry.

The film is about Anna, age 12. She is sent to reside with her guardian’s family in the Japanese countryside due to her asthma. She enjoys being alone and sketching. However, she befriends Marnie, a mysterious boy.

This film is an absolute work of art. Everything from the music to the storytelling is beyond perfect. It is one of the better Studio Ghibli films in recent years.

Colorful is one of the most saddest anime movies, thanks to its premise. The story revolves around a sinful soul being given the chance to prove himself worthy of reincarnation by possessing the body of a student who committed suicide.

Even though the film has a mature and difficult theme, it is handled in a very intricate manner. The film’s story is extremely powerful. The fantasy elements may seem a little off, however, it all makes sense in the end.

The next sad anime film on this list is a sci-fi movie called The Place Promised in Our Early Days. It takes place in Japan which is divided into the Union-controlled North and the US-controlled South in an alternate reality.

This film has a lot of drama and has amazing visuals. The sci-fi concepts are a little convoluted but not too hard to understand. In conclusion, if you like drama you definitely need to watch this one.

Mirai is the tale of a little boy who is saddened after the birth of his sister as he isn’t the center of attention anymore. He stumbles onto a mystical garden where he can travel through time and meet his relatives from various times. These adventures help him change his perspective.

It is a very sweet tale of sibling rivalry. Despite its flaws, the film will hit you with a wave of nostalgia which is enough to make anyone cry. Overall, Mirai is a delightful, emotional, and magical story about the bonds that bind families.

Flavors of Youth is actually a Chinese anthology film. This sad anime movie revolves around the three distinct stories of three individuals. The film is split into 3 chapters and each chapter revolves around a different individual and his story.

Flavors of Youth is a thoughtful and often moving collection of stories about living your life in the now and appreciating life’s basic pleasures. In addition to the amazing storytelling, the film also has beautiful animation and quality voice acting,

In this sad anime movie, we follow Takaki as he faces harsh winters and adult commitments and duties. Moreover, he is slowly drifting apart from his beloved Akari.

5 Centimeters per Second has lovely animation and a sentimental feeling throughout its runtime. Some people did not like the non-conclusive ending of the film, however, it is quite satisfactory in terms of the story.

The Garden Of Words is the shortest movie on our list of sad anime movies.  The film takes place on a rainy day in the Shinjuku Gyoen National Garden. A 15-year-old boy and a 27-year-old woman form an unlikely friendship.

This is the type of film that completely relies on beautiful visuals for its storytelling. It doesn’t have a lot of dialogues but the actual storytelling is being done through the magnificent visuals. The film also discusses some taboos but there’s a hint of innocence in it which makes it worth watching.

Weathering With You is a fantasy drama film. It revolves around a high school boy who has fled to Tokyo befriends a girl who appears to be able to control the weather.

Everything about this film is fantastic, from the art to the animation to the soundtrack. Moreover, the film’s story is presented in such a beautiful manner that you’ll be hooked from the start. It is highly recommended.

Perfect Blue is a mystery/thriller film. It revolves around a celebrity who transitions from music to acting, however, she slowly loses her mind when she starts getting stalked by a ghost from her past.

This film is a hard-hitting psychological thriller. Famous director, Darren Aronofsky actually recreated this film’s scenes in Requiem for a Dream. This alone goes to show how beautifully made this film is. If you are looking to watch something truly depressing and thought-provoking then this is the film for you.

Wolf Children revolves around Hanna who marries a wolfman. After her husband dies, Hana has to raise their two children on her own. She also needs to keep their secret hidden from society.

The premise of Wolf Children may sound a little childish but it is one of the best sad anime movies to this day. The starting of the film may be a little slow, however, once it picks up the pace, you’ll be hooked.

Another film on our list which is shorter than an hour is Into The Forest of Firefly Lights. The story follows Hotaru when she becomes lost in the woods and is saved by a spirit. Despite the spirit’s warning that he will vanish if he is ever touched by a human, the two become friends.

This film is just soulful. It is a depiction of pure, unprevented love. However, don’t expect to be jolly when the film is over because it’ll have a deep impact on you. The film uses every second of its 45-minute runtime to inject emotions.

I Want To Eat Your Pancreas is a romantic drama film. It revolves around Boku who discovers that one of his classmates, Sakura, is diagnosed with an illness. As she lives out her dying moments, this secret pulls the two together.

This film is really emotional. If you’re a fan of romantic tragedies. The overall story and characters are the highlight of this movie. The visuals aren’t anything jaw-dropping, however, they’re not bad at all.

Grave of the Fireflies takes place amidst the horrors of World War II. Two young siblings, Seita and Setsuko, get separated from their parents. Now they must find a way to survive by completely relying on each other. However, over time food gets scarcer and life becomes a constant struggle for survival.

A better depiction of war and its horrors has not been done gracefully in any animated film except this. The film will take you on a rollercoaster of emotions. You will surely be moved to tears after watching this.

Additionally, no matter how many times you watch it the film retains its beauty. Out of all the sad anime movies on this list, Grave of the Fireflies is the most realistic.

Your Name is a romantic drama film with a slight touch of fantasy. It revolves around two strangers who are connected in an unusual way. Will distance be the only thing that keeps them apart after they build a connection?

It’s a very well-written and well-thought-out narrative with stunning images. Even in animation, the characters’ relationship was extraordinary. The animation is quite stunning. Characters and concepts are well written and developed, and the voice acting is powerful and perfectly fits the characters.

In conclusion, this is a genuinely beautiful film in every way that will be remembered for years to come.

A Silent Voice is another romantic drama and sad anime film on this list. It revolves around a teenage guy (Ishida) who is shunned by his peers after he insults a deaf girl (Shoko) to the point where she is forced to run away. Years later, Ishida embarks on a journey to right his wrongs.

Everything about this film feels authentic, and the characters are believable. This film appears to have been made with a lot of love and attention, and it clearly shows. This film made me weep, and I can nearly guarantee that it will make you cry as well. It is a highly recommended film.

The last sad anime film on this list is Violet Evergarden: The Movie. The story is about a young girl who was exploited as a ‘tool’ for war. She learned to sustain herself in the aftermath of a war. She returns to her past, scarred by flames, to find the deeper meaning behind the Major’s genuine sentiments.

Violet Evergarden is one of the best recent sad anime films. The film serves as an overall conclusion to the anime and will leave you in tears, especially the ending. The animation is beyond perfect and you’d be speechless by the time the film ends.

The best thing about watching a sad movie is the rush of feelings you get once it’s over. Usually when a film makes you cry it’s because of its nuanced portrayal of emotions. But one thing is for sure, whenever we watch an emotionally powerful film it stays within our minds for a long time.

In conclusion, this was our list of best sad anime movies. We hope you’ll watch these movies and feel the same rush of emotions that we felt.