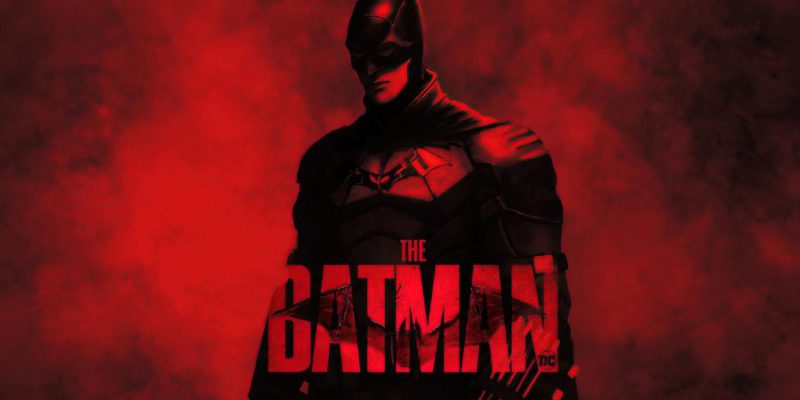 Earlier this month, we finally got to see a full trailer of Matt Reeves’ The Batman. Comic and movie fans alike enjoyed and praised the trailer. We got a more in-depth look at Robert Pattinson’s Batman and Paul Dino’s Riddler alongside some other reveals.

When the teaser was revealed last year, fans rejoiced as they got a glimpse of Pattinson’s Batman. The film’s tone was gritty and brooding, the music was great and the cinematography was perfect.

Some people (including me) were initially skeptical over Robert Pattinson’s casting as Batman. However, I am glad to say that I was wrong, and here’s why Robert Pattinson could be the best live-action Batman.

Right off the bat (no pun intended), the Batsuit looks beautiful. It looks practical and closer to something Batman would actually prefer wearing. The suit seems like it’s made up of various metallic pieces combined together.

Some people complained that the suit looks cheap and makeshift. However, that look is entirely intentional. The movie focuses on a rather naive Batman who is still learning. I wouldn’t be surprised if he gets a new suit by the end of the movie.

This Batsuit reminds me of the suit in the Arkham video games more than anything. It is probably the best Batsuit we’ve ever gotten on the big screen.

Bruce Wayne is not a normal guy. He has a lot of skeletons in his closet. From what we have seen in the trailer, it appears that Pattinson will give us a depiction of a damaged Bruce Wayne.

At the center of Batman / Bruce Wayne is a man who has been traumatized as a child. Being a kid and witnessing your parents being gunned down in front of you is a traumatic experience, to say the least.

A lot of experience and nuance is required to portray such a character. Robert Pattinson’s performance in The Lighthouse was enough to convince me that he can easily pull off a deranged and damaged character. The first trailer cemented my belief that this Bruce Wayne would be unlike anything we have ever seen before.

Robert Pattinson’s physicality and masculinity play an important role in this portrayal of the caped crusader. Batman should be physically fit and his appearance should strike fear in people’s hearts.

Prior to Pattinson, we had Ben Affleck as the Batman and he had peak physicality. He looked like a force to be reckoned with. Pattinson is not as hulked up but he is just over six feet tall and has the kind of naturally thin body that could easily be bulked up for the role with a substantial layer of muscle.

He has an athletic body which is very suitable for Batman as he has to run, jump and glide over buildings.

Batman is known as “the world’s greatest detective” but we have never seen his detective abilities come into play in the movies.

However, as per the plot leaks and trailer, The Batman will be the first live-action adaptation of the dark knight which highlights his detective skills. The Riddler is a perfect choice for a noir Batman movie.

Robert Pattinson will portray a smart, intelligent, and keen-eyed Batman who will go at any length to find the culprit. He will stand out among the rest of Batman actors due to the way he is being portrayed in the story.

Robert Pattinson is a very versatile actor. He plays every role with passion, selling each emotional note even while he’s going through a roller coaster of emotions.

In addition, the actor’s ability to transition across various emotions smoothly will be helpful in his portrayal of Batman/Bruce Wayne. His facial expressions in the trailer hide the trauma of an angry man who wants to do something for his rotten city and avenge his parents.

In short, Pattinson could add the two and two together and give us one of the best on-screen portrayals of Batman that we’ve ever seen. So far, he has received nothing but praise and we hope his role in the film is even better.

To summarize, Pattinson has some big shoes to fill. His versatile acting, the intense script, and the beautiful music composed by Michael Giacchino will blend together to provide us with a Batman movie that will push the character into a new era of success.

With that said, if the movie is successful and does well at the box office (which is expected) then it is obvious that we are going to see a few sequels and spin-off movies. In fact, there are already confirmations of a Penguin spin-off show and a Gotham PD spin-off show.

To conclude, playing Batman is a tough job because of his multi-layered personality. However, I believe Pattinson’s portrayal has the potential to be the best yet, owing to his diverse acting chops.