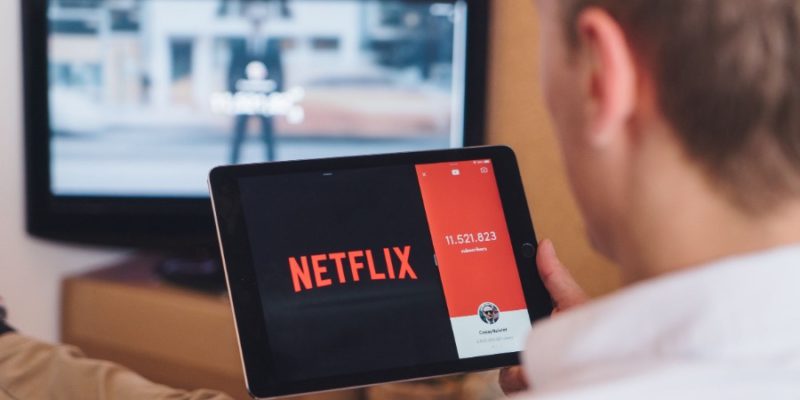 Netflix is home to millions of movies and shows. It is no surprise that there are many movies based on real-life incidents on Netflix. These movies also boast millions of views and are quite popular among movie-goers. People feel connected to these movies because they depict an unfiltered reality through the eyes of someone who lived (or is living) between us.

So today, we will be picking our top 15 movies based on true stories on Netflix. If you’re in the mood to watch such movies but don’t know which one to watch then, this list will be helpful.

Movies Based On True Stories On Netflix

We aren’t going to rank the movies based on True Stories on Netflix in a particular order. All these movies are the best options available on Netflix. Moreover, we haven’t only included biographies and movies depicting a certain real-life incident.

The first entry on our list of movies based on true stories on Netflix is The Dig. Basil Brown, an amateur archaeologist, is hired by wealthy landowner Edith Pretty in the late 1930s to investigate the ruins on her English property. While excavating a burial ground, he and his colleagues come across a ship from the Middle Ages.

The Dig is based on a novel written by John Preston. His aunt also was one of the people who were involved in the excavation. Both the novel and the movie draw inspiration from real-life events.

The Trial of the Chicago 7 is based on the historic 1969 trial. Seven defendants were convicted in a historic case in 1969 on conspiracy and other charges brought by the federal government. Moreover, this movie blends a courtroom drama with suspense and a little history lesson quite skillfully.

The Trial of the Chicago 7 consists of many A-list actors who have all done an incredible job. A similar cast can only be seen on-screen together at an award show. In addition to the amazing cast, this film is very well-made, and the subject matter is handled with precision.

Rush is one of the most enjoyable movies based on true stories on Netflix. In this movie, James Hunt and his talented opponent, Austrian driver Niki Lauda, engage in a fierce racing rivalry. The story focuses on their desperation to win the world championship, which drove both racers as a result to take any risk necessary to do it.

If you’re into sports movies and want to watch something “easy,” then Rush is the right movie for you. It is fast-paced and very enjoyable. However, if you are searching for this title on Netflix and can’t find it, then don’t cancel your subscription. The movie is just restricted to some regions.

Some Netflix content is region-locked, and if you want to access it, you should check out how to change your Netflix region.

Spotlight is the next entry on our list of movies based on true stories on Netflix. Martin Baron becomes an editor at the Boston Globe, encouraging four journalists named Michael, Walter, Sacha, and Matt to investigate a story regarding child abuse allegations against the local church.

This film won many awards due to its thrilling storyline and brilliant acting. Also it is based on a Pulitzer-winning investigative report published by The Boston Globe. Michael Rezendes and Sacha Pfeiffer were the journalists involved in uncovering the truth, and they’re portrayed by Mark Ruffalo and Sacha Pfeiffer, respectively.

The Impossible is an adventure drama movie. It is based on the account of a tourist family caught up in the tragedy and mayhem of the 2004 Indian Ocean tsunami in Thailand. Maria, Henry, and their three kids must fight for their survival while keeping their sanity intact.

This movie is not just a movie. It is a whole experience. The beautiful cinematography aided by the intricate storyline makes this movie one of a kind. Additionally, it packs a strong emotional punch that many other family movies lack. Overall, it is one of the best movies based on true stories on Netflix.

Into The Wild is the personal account of Christopher McCandless, a 19-year-old who left his wealthy life and bright future to become a wanderer. Along the journey, he experiences a variety of adventures and people who all influence him in their own unique and profound ways.

We have talked about this movie in detail on our list of movies about loneliness as well. It is one of the most heart-touching movies based on true stories on Netflix. Therefore you should definitely watch it, and it will engage you with its beautiful cinematography and music. Also, the story is quite good.

Sully is the next entry on our list of movies based on true stories on Netflix. In this film, some consider pilot Chesley “Sully” Sullenberger a hero for landing his damaged jet on the Hudson River to save the flight’s passengers and crew, while others believe he was irresponsible.

This film tells the real-life story of a man who faced danger with professionalism and calm. Moreover, this film’s sound design and Clint Eastwood’s directions leave little to be desired. It is a phenomenal film about a phenomenal incident. Tom Hanks’ performance as Captain Sully should also be appreciated.

The Pursuit of Happiness tells the story of Chris Gardner, a struggling salesman who accepts custody of his son as he prepares to embark on a career that will change his life. But, before he can be paid, he must outperform the competition in 6 months of training and sell his inventions to keep afloat.

This film is a heart-wrenching experience. It will take you on a rollercoaster of emotions. Will Smith outshined himself in this movie as he delivered his best performance. Plus, the overall story is quite uplifting and motivational to all the struggling fathers out there.

William Kamkwamba was born in Malawi. A devastating drought struck the region where he resided. William, who is fascinated by physics, decides to save his tribe from starvation. After researching, he had the idea to create a wind generator to supply power to his village.

The film is well made. The narrative is both fascinating and tragic. It depicts individuals that share the same planet yet have horrible living conditions. This inspirational film will change your perspective on everything. It is one of the best movies based on true stories on Netflix.

The extraordinary true story behind one of Italy’s most divisive court cases in recent times. Stefano Cucchi was jailed for a small crime, but in only one week, he was mysteriously found dead. This incident permanently transformed a family’s life.

On My Skin is a phenomenal movie. It sheds light on a very problematic aspect of our society which is police brutality. When you watch this film, you’ll feel like you’re also involved with the characters. This whole film is a brutal, incredibly gritty, claustrophobic thriller supported by plenty of superb performances.

Official Secrets is based on the acts of British journalist Katharine Gun, who disclosed that America had been eavesdropping on foreign officials. She exposed information to the public regarding an unlawful NSA spy operation intended to persuade the UN Security Council to approve the 2003 war on Iraq.

This film is a riveting political mystery about a case that needs far more attention than it has received in the past. It is an underrated gem on Netflix featuring Keira Knightley in one of her career’s best roles.

Next up on our list of movies based on true stories on Netflix is Mank. It revolves around sharp genius and alcoholic screenwriter Herman J. Mankiewicz, who reassesses 1930s Hollywood while he struggles to finish “Citizen Kane.”

This critically praised biographical drama and comedy feature an all-star cast telling a classic Hollywood story. Movies based on movies are quite interesting to watch. Gary Oldman delivers an amazing performance. The tone of this film might turn off some regular movie-goers, but overall, it is a very interesting movie about an interesting personality.

Ma Rainey’s Black Bottom is a biographical movie about Ma Rainey. In this film, tensions erupt as pioneering blues singer Ma Rainey and her band arrive at a Chicago recording studio in 1927. Ma Rainey is also known as the “Mother of Blues.”

Viola Davis plays the real-life prominent American musician in this movie. She is joined by the likes of Chadwick Boseman and Glynn Turman. All the actors involved in this movie have done a remarkable job. In addition to the acting, this film features an incredible and inspiring storyline, a beautiful set and costume design, and great music, as expected.

Next up on our list of movies based on true stories on Netflix is The Pianist. This film is based on the life of Władysław Szpilman as he tries to survive World War II’s destruction of the Warsaw Ghetto.

The Pianist offers a very close look at the destruction caused by WWII. This movie makes you indeed wish it wasn’t based on a true story. Director Roman Polansky has done an incredible job bringing this story to film. Moreover, Adrian Brody has also delivered a very convincing and haunting performance. It is a timeless masterpiece.

The Social Network is a biography of Mark Zuckerberg, creator of Facebook. This movie follows Mark Zuckerberg as he co-founded Facebook with the assistance of his friend Eduardo. Although the project is a success, he loses touch with some people along the road.

You might’ve avoided watching this film as it looks boring, long, and complicated. However, that isn’t the case at all. The Social Network is a very fast-paced and entertaining movie. In addition, it features enough drama to keep you on the edge of your seat. Everything from the acting to the cinematography, this film is good in every aspect.

So, this was our list of movies based on true stories on Netflix. Biographies and movies based on real-life incidents will always be attractive. However, not all of them are good, but our list will now help you choose the right one.