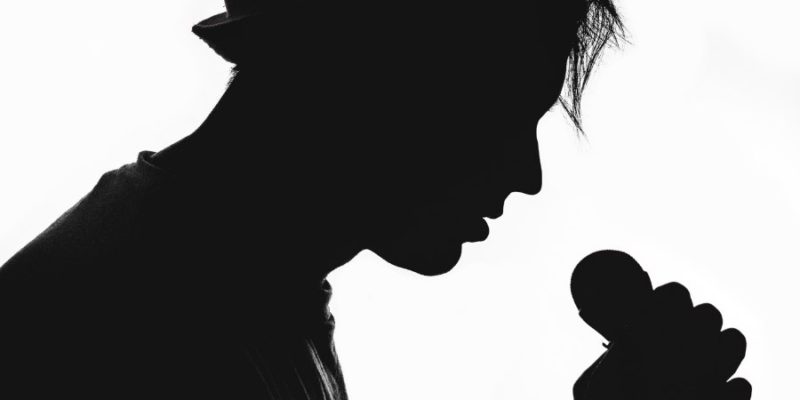 To love someone while yet hating them is the essence of passionate love. People have different kinds of relationships with other people throughout their life and they are addicted to it. Love for something or someone who makes your life difficult is one of the most difficult feelings to understand.

In every kind of relationship, you can find that love and hate are mixed together in a weird ratio. Hate is obviously a strong word. In a song, it mostly means the absence of love for a depressed soul.

In this article, we will talk about some of the best love hate songs. Make sure to check them out. You will love them.

From the multi-platform monster of an album, 21, Someone Like You is a song about the remorse that you feel but are unable to express. It’s a very personal song about the things Adele couldn’t say to the person this song is for.

At the beginning of the song, Adele recalls hearing things about him. He met a woman, got married, and settled down. She attempts to raise confidence by asking him why he’s shy because it’s so out of character for him.

Her next confession reveals her intention, that is by showing up unexpectedly, she thought he’d be reminded that she still cares for him.

“Nevermind, I’ll find someone like you. I wish nothing but the best for you two” as she sings those lyrics, you can hear the anguish in her voice. When she wishes them best her voice breaks.

Someone Like You is not about Adele being bitter or angry. Because she’s so much in love, she can let the guy go and hope nothing but the best for him, no matter how much it hurts her.

From their best selling album ‘Hysteria’ the song ‘Love Bites’ made it to the #1 Billboard Hot 100 as the only song of Def Leppard to reach it.

This song is more about love than hatred. It’s about a guy who is so madly in love with a girl that he is going crazy over it. There’s nothing he likes more than to see or even touch her.

However, he isn’t certain that she feels the same way. Out of his own insecurities, he keeps asking her about this as doubt surrounds him.

Go Your Own Way – Fleetwood Mac

Fleetwood Mac’s lead vocal and guitarist, Lindsey Buckingham wrote the song. 1976 wasn’t the best year for the band. Lindsey Buckingham and Stevie Nick separated, and after the Rumours Tour, John and Christine McVie got divorced.

The impending split with Stevie Nicks was the source of anger for the singer. According to Stevie Nicks, “packing up, shacking up” with various guys was all that Lindsey intended to do in the song’s lyrics, and she was very offended by it.

Producer Ken Caillat said Lindsey was hitting his guitar hard and screaming his lungs out when singing the song for the very first time. No wonder “Go Your Own Way” was full of anger and hatred.

“Unintended” is one of Muse’s slowed down melodic songs. The song is about a guy’s expression of love to a girl he didn’t want to be his girlfriend because he really loved his ex-girlfriend.

The song “Unintended” means he didn’t truly love that girl, but he wanted her to join him to maybe spend time. But, she is kind and that brings him joy. She is the only one who always listens to him.

Later as the song progresses, he promises the girl that he would always be there for her. He intends to make her happy while also healing his heart from the loss of his first love.

For No One – The Beatles

This song is about fading love. It invariably ascribed to Paul and Jane Asher’s crumbling relationship. The song tends to suit all men in this scenario while connecting with their partners.

He knows she’s cold and distant, but he refuses to admit it’s over. Also, he believes she still loves him deep down. He just notices her fading away at first – “she no longer needs you“; later he feels that hope is still alive,  “and yet you don’t believe her when she says her love is dead, you think she needs you“.

But when he watches her crying, he realizes that those tears are no longer for him; they are empty tears, the last vestiges of a love that is no longer there for him.

Throughout the song, the listener can sense the lovers growing apart. He understands she’s gone forever, knowing he’ll one day comprehend what she meant and that it’s all his fault.

“Solitary Man” from “American III” album was written by Neil Diamond. The theme of the song is about a guy who is shattered and has become lonely from the relationships he had before. He still waits for the girl who would not cheat and leave him. The one who would stay with him as he sings “until that time I will stay as what I am, A solitary man“.

In those years, Johnny Cash had health concerns and was hospitalized too. His condition was evident in the recording of this song compared to his previous ones. This gave the song a unique tone as he sings with a weary and elderly man’s voice.

I Hate Myself for Loving You – Joan Jett and the Blackhearts

“I Hate Myself for Loving You” was a mild success for Joan Jett and the Blackhearts in 1988, but it became really popular. Its popularity made it the best royalty earning song in Joan Jett’s whole career. Why is this song in this list of love and hate songs?

This song is to an ex-girlfriend describing why they split up, but he still loves her and wants to rejoice over the past.

The opening stanza describes him as a ‘gypsy boy’, who has no tangible home until he meets her and lets her take him home and care for him. Even though he enjoyed this life, the second verse makes it clear that it wasn’t the life he wanted to live and that there were more important things for him to be doing than simply being happy and loved up. He felt smothered and lost sight of his goal.

The relationship ended because he felt trapped: “you held on to me like I was a crucifix” and “I’m standing on a ledge and your fine spider web is fastening my ankle to a stone“. He awoke one morning feeling alone and alienated. He was ‘cold as a new razor blade’ to her and blamed her for his feelings, so she left.

The song is a heartfelt farewell to his ex-girlfriend Suze Rotolo. They had a two-year relationship after meeting in New York. Dylan might have grown weary of the hysteria throughout their chaotic romance.

Despite the song’s lyrics, it was Rotolo who left him, not Dylan. She went to Italy in 1963, around the time of the release of “The Freewheelin’ Bob Dylan”, which is the album that featured “Don’t Think Twice, It’s All Right”. Their relationship had ended by that time.

Dylan said about this song: “A lot of people make it sort of a love song – slow and easygoing. But it isn’t a love song. It’s a statement that maybe you can say something to make yourself feel better. It’s as if you were talking to yourself.”

Is She Really Going Out With Him? – Joe Jackson

This song is quite different from the rest of the love hate songs on this list. “Is She Really Going Out With Him?” was Joe Jackson’s witty take on attractive women dating butt-ugly guys.

The first sentence, “Pretty women out walking with gorillas down my street.” makes this plain. Joe Jackson said in an interview that the song was composed with a sense of humor that not everyone got.

Jackson said,  “That is just one of those songs that started with the title. I heard that phrase somewhere and I thought that could be a kind of funny song about gorgeous girls going out with monsters. It just started from there. It was just a funny song or supposed to be funny, and It was a great surprise to me when some people interpreted it as being angry.”

Lorde said in an interview that “Green Light” was inspired by a heartbreaking matter she wasn’t accustomed to writing about at the time.

It was her first serious heartbreak. The song is about those fleeting moments when life changes and about all the ridiculous little things that pull you towards them.

It’s a cheerful song with heavy lyrics.  Lorde sings in the chorus of “Green Light, “I’m waiting for it, that green light, I want it?” the “green light” likely represents her desire to move on and heal after a devastating break-up.

“Tainted Love” refers to a love that no longer exists. Affection for another person is causing the narrator so much suffering that he must let it go. He thinks that what they have in common is nothing but a waste of time. He also says that the relationship is causing him to lose his sense of self. This is easily categorized as one of the best hate love songs of all time.

In the second verse, he explains that he has no choice but to break up with her. In addition, he claims that the individual isn’t ready for a relationship and is looking for someone who will be there for her whenever she needs them. He doesn’t agree with the other person’s definition of love since it differs from his own.

The chorus says that he used to be the one who wanted her, but not anymore. He expresses plainly how he gave her all he had and that the only thing he received was polluted love.  In the end, this is a song about a toxic relationship.

However, the song also serves as a reflection on how much the band’s time in Berlin damaged their brotherhood. Bono said when asked about this song, “That’s the beautiful thing about songwriting. This is not a game that you must play for the audience’s enjoyment. On the contrary, playing against it typically results in far greater things.”

Bono explained the meaning of this song in an interview in 2005. It’s a story about father and son. He tried to write about someone he knew who was coming out as gay and was afraid to tell his father. Because his father was very religious.

Bono said, “I have a lot of gay friends, and I’ve seen them screwed up from unloving family situations, which just are completely anti-Christian. If we know anything about God, it’s that God is love. That’s part of the song. And then it’s also about people struggling to be together, and how difficult it is to stay together in this world, whether you’re in a band or a relationship.”

This is our pick of top love hate songs. Be sure to check them out and let us know what you think. Mention your favorite love hate songs in the comment section.