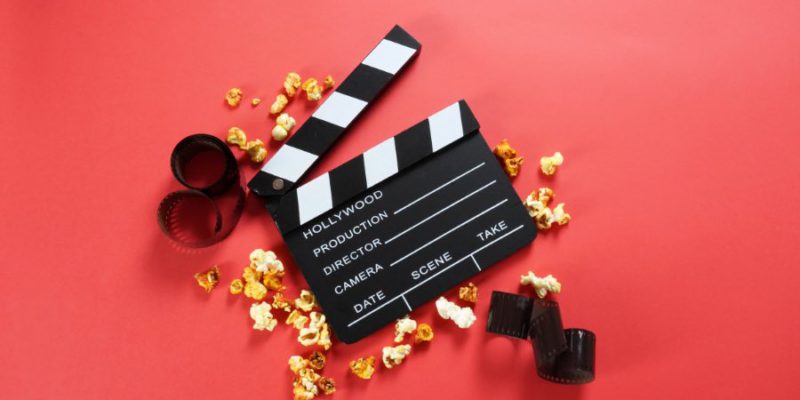 The Christmas holidays are right around the corner. In addition to decorating your Christmas trees and drinking your eggnog or hot chocolate, it is time to rewatch all your favorite Christmas movies.

Christmas movies have a special place in the hearts of many people. These movies have a feel-good vibe to them and are perfect for a cozy evening with your family or loved ones. I mean Christmas just feels incomplete without a healthy dose of cheesy romantic comedies or singing Auld Lang Syne alongside the rest of Bedford Falls.

So settle in, grab your spiked eggnog and turn up your Christmas spirits because we have compiled a list of our favorite top 10 Christmas movies.

There are no actual good or bad Christmas movies. Every movie that you’ve grown up watching around Christmas or have a special attachment to is a good Christmas movie. However, we have compiled this list keeping in mind which movies people love to watch during these holidays.

Love Actually is almost everyone’s favorite British Christmas rom-com. The film follows the love stories of eight different couples as they try to manage their love lives in a series of loosely interconnected stories set in London, England during the month leading up to Christmas.

This film is very well-made, all thanks to the director Richard Curtis and the star-studded cast. I mean you can’t go wrong with a cast that includes Hugh Grant, Alan Rickman, Kierra Knightley, and Liam Neeson.

The best part is that it is not even the full cast. It is just wonderful to see these actors in the same film. In addition to the good acting performances, the film is written very intelligently and the interconnection of the stories has perfect timing. It is a must-watch.

Gremlins is a comedy-horror movie and it revolves around a teenager who accidentally violates three rules about his new pet. His actions unleash an army of evil sneaky creatures on a small town.

Even though Gremlins often fall under the category of “horror” films like Ghostbuster, it is a Christmas movie. Gremlins is a perfect blend of horror and comedy. The film doesn’t take itself too seriously and is extremely entertaining.

If you’re looking for something other than a romantic comedy then this is the film for you.

This film is essentially Bill Murray’s show. He delivers on all ends and is the heart and soul of this film. The storyline is based on the famous Scrooge character, however, the film has put a modern spin on the source material.

Sure, the film is not the best or genre-defining but it has a special place among Christmas movies. Scrooged is a smart and pleasant film to see during the holiday season.

Elf is a comedy film that revolves around a human who flies from the North Pole to New York City. He wants to visit his biological father for the first time, who is in desperate need of some Christmas cheer.

This is a film that fully embraces the Christmas magic and leaves a smile on the viewer’s face. It’s tough not to giggle at Will Ferrel’s slapstick humor because he’s so ridiculous. He completely embraces the role and is very invested in it, which is what makes it so funny.

Elf is a modern classic in terms of Christmas movies. If you haven’t watched it already, you should definitely give it a try this Christmas Eve.

Another take on A Christmas Carol comes from our beloved Muppets. The Muppet Christmas Carol is a retelling of the classic Dickens tale of Ebenezer Scrooge with the inclusion of Muppet characters.

Even though most of the cast includes our beloved Muppets, the film is enjoyable for a person of any age group. Micheal Caine gives one of the best performances of his career as the Scrooge.

There have been countless adaptations of A Christmas Carol, however, this adaptation is one of the best and most memorable ones.

For many people, this film is a comedic masterpiece. Even after 32 Christmas Eves later, this film is making people laugh. The script, performances, and jokes are mostly well-done. If you are looking for a comedy film then give this film a go, it won’t disappoint you.

A Christmas Story is based on a novel written by Jean Sheppard. It is the story of Ralphie, a young boy in the 1940s. He tries to persuade his parents, teacher, and Santa that a Red Ryder BB rifle is the ideal Christmas present.

The movie is humorous, touching, and nostalgic. It perfectly captures the feeling of nostalgia. The director, Bob Clark, has done an amazing job. Thanks to its brilliant script the movie has become a timeless classic.

You can see this movie countless times and you’ll feel the same cozy feeling that you felt when you saw it in your childhood.

You must be living under a rock for more than 50 years if you haven’t seen Home Alone yet. At least everyone I have met has watched this film and it’s their go-to Christmas movie.

The film revolves around Kevin, who accidentally gets left alone at his house as his entire family goes on a vacation. However, Kevin has to fight off a bunch of goons who are attempting to loot the house.

There isn’t much to say about Home Alone that has not already been said. It is a great film. It is silly, entertaining, and has many heartwarming moments. So it is a perfect blend of everything required to make a Christmas movie.

Miracle on 34th Street is a classic comedy-drama film. A divorced woman hires a sweet elderly man to play Santa Claus at Macy’s party, but she is taken aback by his claim to be the actual Santa Claus. When his sanity is put to question, a lawyer defends him in court, claiming that he is not delusional.

This film can be called influential for all the future Christmas movies to come. The theme, the music, and the acting, all are very perfect. The only drawback for some people might be that it is a black and white film but if you can get past that, you’ll be treating yourself with a masterpiece.

Our number 1 entry is not only the greatest Christmas film but also one of the best movies ever made. It’s A Wonderful Life revolves around a frustrated businessman. An angel ascends from heaven to help him discover the true meaning behind life.

The film has a very unique concept in addition to the great performances. It is an evergreen masterpiece. Many people’s Christmas is incomplete without this film. This film makes you reflect on life in general and how each individual can make a difference, as well as how wonderful life can be.

I would highly recommend you to watch this beautiful film, however, don’t forget to keep a box of Kleenex near because you might need something to wipe your tears.

The Christmas season always leaves you with new memories. Everyone forgets their worries and comes together with their family or friends to celebrate and have a good time.

You can make your Christmas even more special by watching one of these classic Christmas movies. They can always teach us a thing or two about life.