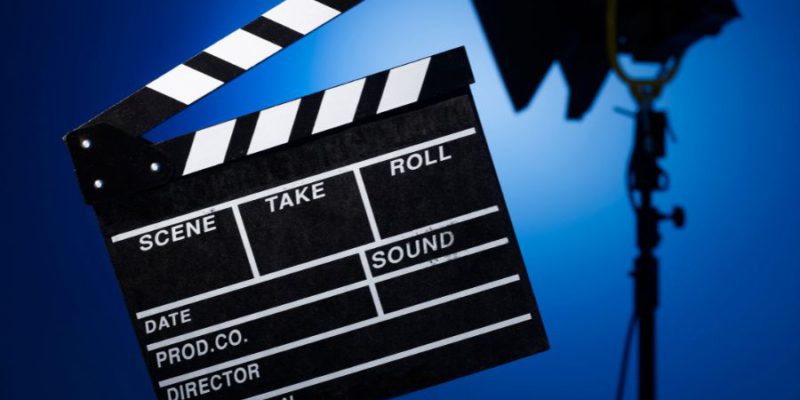 Many people have a passion for acting, but it takes a lot of work to land the right gig. However, if you know acting basics and are good at taking instructions, then there’s an easy way for you. You can be an extra in a movie and either make some quick money or start your career as an actor.

Being an extra in a movie provides you with immense opportunities. Sure, there’s a big chance you won’t be remembered alongside Brad Pitt when you work as an extra in his movies. However, it is a great way to make connections with filmmakers and the crew.

If you have connections in the film industry, then your chances of starring in the next Netflix series are quite high. Apart from making connections, you can make a quick buck while acting as an extra in a movie. It doesn’t require any acting classes at all, and you can just be yourself.

What Does An Extra Do?

In traditional terms, an extra is a character who does not speak. Extras are commonly seen in the background of television or film productions, aiming to add some depth and realism to the scene.

For instance, if a scene requires the featured characters to be in a crowded restaurant, other people will naturally be doing things and holding conversations in the background. They will act like normal humans in these environments.

The best part about working as an extra in a movie is that you don’t even need an extensive acting portfolio. You can show up on set, and they will put you on the spot. Working as an extra can be quite fun, honestly.

Your job as an extra is quite simple, but if you get the opportunity to be a “featured extra,” your name will even appear in the movie’s credits, which can be a huge part of your acting portfolio.

What Is A Featured Extra?

So, what exactly is a featured extra? Simple extras are cast to fill the background of a frame. They don’t really contribute or interact with the main actors. Meanwhile, featured extras can get some screen time.

Featured extras appear in shots of a waiter pouring a drink, a courier, a cashier, or even a gardener. Another thing to keep in mind: featured extras still need to be allowed to talk on camera. If an actor speaks a line, they’re called a co-star.

Co-stars have five lines or less and are usually only required for one day of filming, but this is subject to change.

How To Be An Extra?

Now that you know some details about acting as an extra in a movie, you might wonder how to become an extra.

In the age of the internet, there are multiple ways to find work as an extra in a movie. Generally, you can find extra work listed in the jobs section of various websites.

The best way to be an extra in a movie is to visit casting websites to research different talent agencies. Check to see if the casting agency you hire has a good track record. If you can speak with someone from the agency, inquire about the films in which their clients have appeared.

Many online casting platforms work as LinkedIn for actors. One of these websites is called Backstage. This is one of the oldest casting agencies, and they have high-profile clients like Netflix and HBO.

Backstage posts hundreds of casting announcements every week, many of which are looking for background actors. You may further refine your search by age, gender, and area to get the most promising prospects.

Once you land an acting gig as a movie extra, you automatically have non-union status. The only union you can join to boost your acting career is SAG-AFTRA. Once you join it, you’ll get a slight edge over regular non-union actors.

How Much Do You Get Paid Working As A Movie Extra

Some people looking to work as a movie extra might wonder how much it pays. It can be a fun job, and you can easily make some extra money out of it.

Depending on their union status, extras are paid differently. Nonunion employees are typically hired for a 10- or 12-hour day, with overtime pay provided if production runs late. A single day of background work typically costs between $100 and $200.

However, SAG performers earn significantly more than their nonunion counterparts, but their pay is much less consistent. The base rate for background work in 2022 is approximately $170 per day, but this figure is subject to a few conditions. For instance, an extra will be paid more if:

Moreover, you will get some on-set benefits such as meal boxes and other extras.

You’re a nobody on a movie set while working as an extra. You aren’t going to get recognized by anyone, especially during your early days. It is recommended to always show up on set on time. The production team is always extremely busy, especially the AD and main actors, so try not to disturb them with useless questions.

Maintaining a professional demeanor and generally keeping your head down will benefit you in the long run. Make sure you listen to all your on-set instructions carefully and do not argue about something petty.

Actors Who Started Out As Extras

You might be wondering if there have been any cases of extras appearing in the lead roles during their careers. You’d be surprised to hear that many modern A-list actors have started their careers as extras in movies. Let’s look at some of these actors and the movies they’ve appeared as extras:

Ben Affleck is a very popular name nowadays. He’s done many iconic roles over his career. However, during his early days, he worked as an extra in Field of Dreams. He also made an appearance as a basketball player in the Buffy The Vampire Slayer movie adaptation.

Sylvester Stallone is a household name even currently. Stallone was featured as an extra in several unlikely films, including Woody Allen’s 1971 film Bananas and Klute.

Megan Fox is very well-known for her “questionable acting,” but she’s still quite successful in Hollywood. You’d be surprised to know that she made her first appearance as an extra in Micheal Bay’s Bad Boys II. 2 years later, she appeared in Micheal Bay’s Transformers in the lead role.

Therefore making connections while working as an extra can take a long way. These are just a few examples. Hundreds of actors started their careers as extras and later made it big. Some of them even won major awards at the Oscars.

Especially if you’re a student, you can easily find a weekend gig as an extra. You can use our listed methods to learn how to be an extra in movies. Who knows, maybe you are the next Clint Eastwood?