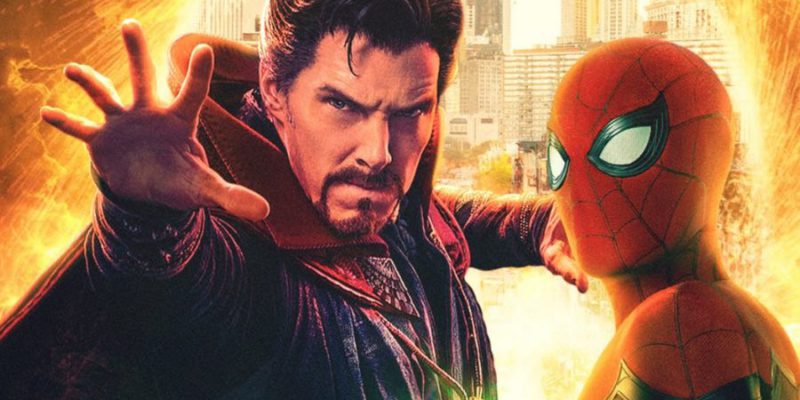 You all might have seen the new Spiderman: No Way Home trailer. The trailer has been constantly breaking viewership records ever since it dropped on Youtube. The teaser trailer has made fans really excited about Spidey’s third solo film in the MCU.

As expected, the fans have been going through the trailer again and again to find new details. Marvel always hides a lot of details in their trailers and is known to digitally alter some scenes for the trailer to avoid spoilers.

There are a lot of hidden details within the trailer that goes unnoticed. So today I will tell you about the 8 details you might’ve missed in Spiderman: No Way Home trailer.

In various shots of the trailer, we see Peter Parker wearing a suit, which he wore probably due to his court hearing. However, it is not an ordinary suit and has started many fan theories.

The suit worn by Tom Holland’s Peter Parker is exactly the same suit that Tobey Maguire wore in Spider-Man 3.

Many eagle-eyed fans noticed this detail and have proposed a fan theory that Tom Holland’s Spiderman is essentially rewriting the multiverse. Due to this, he will be replacing the previous Spiderman incarnations including Tobey Maguire’s Spiderman.

However, this is all just a theory and the matching suit could just be one of Marvel’s sneaky easter eggs.

Now, this detail is a little subjective and possibly far-fetched. As you know that, after his identity is revealed to the world, Peter goes to see Dr. Strange to help him.

He asks Dr. Strange to make everyone forget that he is Spiderman. He is initially warned by Wong, saying that the spell could have consequences but he ignores it. However, the spell goes wrong which opens up the multiverse.

If you have been following the character of Dr. Strange in the past movies you would’ve noticed how wise and calculated his moves are. He knows the consequences of every spell and will not be careless.

This whole sudden change in the attitude of Dr. Strange could lead us to another theory. This movie is heavily inspired by the comic named “One More Day” where Peter Parker actually makes a deal with Mephisto to restore his identity.

Dr. Strange’s weird behavior could be explained by a theory saying that this Mephisto is actually disguised as Dr. Strange when Peter approaches him.

6. The Sandman and The Lizard

Apart from the obvious return of Electro, Doc Ock, and Green Goblin from previous Spiderman movies, there are a few more villains that will be making a return.

The Sandman was one of the villains featured in Sam Raimi’s third Spiderman movie. We can see various instances of sand structures being built during some action scenes.

It is noteworthy that, in the scene where Spiderman is fighting Electro, the sand wall builds up to protect him. This could be a callback to the fact that Peter forgave Sandman for murdering Uncle Ben in Sam Raimi’s Spiderman 3. So, Sandman could be more of a friend than a foe in this movie.

Another villain that makes an appearance in the trailer is The Lizard from The Amazing Spiderman. It is quite hard to see the character, but a few seconds’ dark glimpse of him is enough to recognize him.

The biggest reveal of Spiderman: No Way Home’s trailer is the return of Alfred Molina as Doc Ock. Molina previously played the notorious villain in Sam Raimi’s Spiderman 2.

Marvel loves to fabricate little details in its trailers to give a shock factor to the audience when they actually watch the movie.

If you see the scene where Doc Ock addresses Peter, it quickly cuts to a shot of Tom Holland suiting up. This editing choice is made to fool us into thinking that Doc Ock is addressing Tom Holland’s Spiderman in that scene.

However, if you see both shots side-by-side, it reveals that both shots are at a different location and from different sequences. Doc Ock could actually be addressing Maguire’s Spiderman which also makes sense considering he won’t know what this Earth’s Peter Parker looks like.

Jon Watts, the director of No Way Home loves hiding details in the oddest places. When we see the shot of Spiderman, donning his Iron-Spider suit. We can notice in the background that one of the license plates says MTU-2174; this could be a reference to Marvel Team Up issue 21 1974.

In this comic both Spiderman and Dr. Strange team up and fight against previous

Doctor Strange villain Xandu. Marvel is probably taking inspiration from this comic as we know Peter will end up fighting previous villains like Doc Ock and Green Goblin.

Ever since Doc Ock has been revealed in the trailer many people have been worried that it might ruin the character arc of Doc Ock from Sam Raimi’s Spiderman 2.

We can see that in the trailer, Doc Ock has red glowing eyes in its tentacles. This indicates that the AI that controls the tentacles is in control of him.

During the beginning of Spiderman 2, we can notice that Doc Ock’s tentacles are glowing white, indicating he can control them but by the end, they get turned red eventually turning him evil.

So, we don’t have to worry about the continuity as Marvel is paying attention to it.

This is not actually a detail found in the trailer but the villains that we’ve seen so far suggest that we are soon going to see a team-up of Spidey’s gallery of rogues.

As per the trailer, the movie will have at least 4 villains which are confirmed so far. We will likely get a post-credits scene teasing The Sinister Six. We can expect a cameo from Michal Keaton as Vulture in the post-credit scene as well as Micheal Mando’s Scorpio.

Sony has been trying to set up The Sinister Six for quite some time and their plans are finally working out.

F.E.A.S.T is a homeless shelter, popular in Spiderman’s comics. The organization provides food and shelter to the homeless and helps them. It was also made popular by the recent Spiderman video game.

F.E.A.S.T can be seen a couple of times throughout the trailer. It is most notably known as the place where Aunt May volunteers from time to time. Miles Morales is also linked with F.E.A.S.T as he volunteers there.

Spiderman: No Way Home will be full of nostalgic callbacks to previous Spiderman films and easter eggs. The film will open up a door of endless possibilities for Sony/Marvel.

Sony is set to release many movies based on the characters from Spiderman comics including the sequel to 2018’s critical success Venom.

The fans are very excited about the upcoming Spiderman movie. It is unknown as of yet if we will be getting another trailer anytime soon or not.

To conclude, we can say that we will definitely not be disappointed with Spiderman: No Way Home.

8 Bollywood Actresses Who Made It To Hollywood

Why Robert Pattinson Could Be The Best Live Action Batman

The spooky season is upon us. There is something special about the days ...

How Streaming Services Are Affecting Cinemas And Movie Theaters

Almost every big-name studio has launched their own streaming service or have partnered ...

Everything you need to know about Matrix 4: Resurrections. The following sections may ...