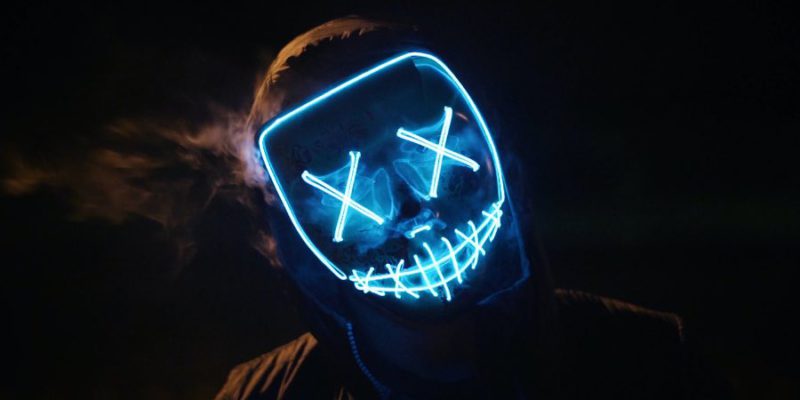 Generally, Music covers every single topic and all incidents past or present which also includes songs about murder. Murder is a violation of human lives, yet is a part of human civilization and their stories. So, it is not a surprising fact that scores of poetry and ballads have been written about murders. As a result, we have a plethora of murder songs to choose from all different genres.

Normally, murder ballads are written to depict a story about killing or killings which have been done by someone or the narrator. These ballads made their journey from Europe to America and made a strong foothold in American country and folk music. With the passage of time ballads found their way into more contemporary music genres. Which resulted in a great number of songs about murder.

Murder songs are, in general, quite brutal, gloomy, and sad. But they can also sound interesting in their own unique ways. Choosing a handful of songs from this huge collection of narrative music is a hard task. So, I have written some of my favorites from different genres. These are not by any means in a ranked sequence. Let’s check out some popular songs about murder.

Where did you sleep last night? – Nirvana

One of our favorite artists, Kurt Cobain covered Leadbelly’s song “Where did you sleep last night?” which is also known as “ In the pines”, “Black girl” or “My girl”.

This song starts with a question or an accusation “My girl, Where did you sleep last night?”. Later, we find that the man who asked the question is “found in a driving wheel”.

Also clarifying that his head was only found in that driving wheel. This gives a very dark outlook to the song. Cobain covered it in an MTV Unplugged event. He performed it with tender emotions which made the crowd speechless.

Johnny Cash wrote Delia’s Gone, a sad and tragic song about murder based on a true event. This event took place on Christmas Eve of 1900 when Delia Green was shot by Mose Houston.

In this song, the shooter who now is in jail, is reminiscing how he killed Delia by strapping her to a chair and shooting her with a submachine gun. He also says that he can’t sleep and also that Delia’s ghost is haunting him by his bedside.

The killer also feels remorse for his action when he says

”If I hadn’t shot poor Delia,

I’d have had her for my wife”

But in the end, he also suggests to other men what to do by saying

“So if your woman’s devilish

You can let her run

Or you can bring her down and do her

Which gives the listener a clear indication of how creepy the mind of the murderer is.

While we are at it, let us go through another couple of Johnny Cash songs about murder. In the song Folsom Prison Blues, Cash sings from the point of view of a prisoner who is serving his jail time. As opposed to the song mentioned before, this prisoner feels deep regret and is trying for penitence.

“When I Hear That Whistle Blowin’

I Hang My Head And Cry.

Also, in the latter part of the song he tries to imagine a scenario of him being free and living somewhere quietly for the rest of his life.

Another one of Johnny Cash’s hits is Cocaine Blues which is also known as “Little Sadie” because of its original composition. In this song, the murder takes place as the man gets to know that the woman is cheating on her, while he is under the influence of cocaine.

After killing the woman, he flees down to Mexico but the sheriff from Jericho Hills finds him there and arrests him. He is sentenced to prison while he cries away,

“Come on you’ve gotta listen unto me

Lay off that whiskey and let that cocaine be”

Welsh singer and currently a knight of the United Kingdom sang the Pop song about murder “Delilah”. It was written by Barry Jones, a renowned songwriter during the 1960s in the UK.

In this song, a man watches “his woman” deceiving him as he passes by her mind. This causes him severe mental distress as he sings,

Why, why, why, Delilah

I could see, that girl was no good for me

And he waits there till dawn for the man to go away. After which he does the inevitable to the woman. He seems to be in grief even after killing her as he goes,

Why, why, why, Delilah

So before they come to break down the door

This classic country song about murder tells the story of a grief-stricken man and a yellow-haired lady. The latter comes to take something precious that belongs to the “Red Headed Stranger”.

A stranger rides into town with his horses with a grim appearance. This man had lost his woman and was not to be messed with. But a yellow-haired lady takes a liking to one of the horses’ the “bay”.

But little did she know about the affiliation that the stranger shared with this horse. The stranger behaves real good with this lady but when she touches his horse, the “Red Headed Stranger” shoots her down.

In the end, the man goes free because you can not take another man’s horse.

In this controversial song about murder, the popular thrash metal band Slayer depicts the gruesome reality that took place in the concentration camps of  Auschwitz during the second world war.

This song is written by band guitarist Jeff Hanneman and is based on the Nazi physician Josef Mengele, who is infamously dubbed as the “Angel of Death”.

The reason behind this name stems from the fact that he used gruesome and inhumane methods to perform surgeries on the captives.

“Surgery with no anesthesia

Feel the knife pierce you intensely

Inferior, no use to mankind

Strapped down, screaming out to die”

The band faced quite a lot of accusations of Nazi Sympathysing due to the making of this song.

In this indie song about murder, the singer Case talks about her haunting memories when Green River Killer was at large. By “Deep Red Bells”, Case also tries to show empathy for the victims of the killer.

She shows her support of the women killed by the lines,

“Where does this mean world cast its cold eye

Who’s left to suffer long about you

Does your soul cast about like an old paper bag

Past empty lots and early graves

Murdered on the interstate

Where the term “murdered on the interstate” refers to the women killed, who were referred to the media as “prostitutes”.

The renowned indie singer and songwriter, Sufjan Stevens tells the story of the notorious American serial killer and rapist as given in the title.

In the early part of the song, Stevens talks about his domestic situation and outward appearance in the neighborhood.

“His father was a drinker and his mother cried in bed

The neighbors, they adored him

For his humor and his conversation”

But after that, the true and twisted nature of Gacy is told by the lines

“Look underneath the house there

Find the few living things, rotting fast, in their sleep”

Also tries to compare his behavior with the killer as he also has secrets hidden underneath his bed.

This traditional folk song is sung by Tom Lehrer on piano. In this traditional ballad, the story revolves around an  Irish maid who kills her own family.

This murder ballad has a dark aspect to it depicting how the murders happen. But the singing gives the listener a more comic feeling to it. As in the last verses, the singer goes,

“My tragic tale I won’t prolong

And if you do not enjoy the song

You’ve yourselves to blame if it’s too long

You should never have let me begin, begin”

Rockstar Jimi Hendricks sings this wonderful groovy song which is about a conversation between two men, one of them is Joe. This song was written by Billy Roberts.

Joe tells him that he was going down to Mexico to live freely. As joe goes like,

Way down where I can be free

Ain’t no one gonna find me

He ain’t gonna put a rope around me

This is not a typical dark and gloomy murder song but is worth a listen to.

This song was written by Dennis Linde. Almost, in all of the murder songs, the killer is a man but in this one, the killers are two women.

The song starts with the introduction of two best friends in high school named, “Mary Anne” and “Wanda”. After graduation, they take different paths. Mary Anne leaves town for the opportunities outside the town. In the meantime, Wanda finds her true love in a man in the town called “Earl” and marries him.

Wanda keeps getting abused and assaulted by Earl after marriage. She reports it to the authorities but even after that Earl assaults her and sends her to intensive care.

After hearing about Wanda, Mary Anne comes back, and together they formulate a plan and kill Earl. They cover it up without a trace and keep living without worry. As it goes in the song,

“So the girls bought some land and a roadside stand

And they don’t lose any sleep at night, ’cause

Earl had to die, goodbye Earl”

Kind of ending Wanda needed, though.

Janie’s Got A Gun – Aerosmith

This song was written by Steven Tyler. In the song, the girl “Janie” kills her father as he is sexually abusing her. Steven Tyler in his autobiography  Walk This Way says,” That song is about a girl getting raped and pillaged by her father. It’s about incest, something that happens to a lot of kids who don’t even find out about it until they find themselves trying to work through some major f***ing neuroses.”

The inspiration behind this song about murder came from the short story written by Edgar Allan Poe with the same title. In the song, an Englishman walks through the streets of Paris.

While strolling, he hears a “piercing scream” and rushes to the spot. Upon arriving he finds out the mutilated body parts of two young girls in Rue Morgue. He cries out for help and people come for help when things get interesting.

Since the Englishman can’t speak French, he can’t explain why there is blood in his hands. This leads the crowd to perceive him as the murderer.  Reading the situation he makes a run for it.

And in the climactic  part of the song our Englishman reiterates,

“Murders in the Rue Morgue

Murders in the Rue Morgue

From the above list of songs, let us know which one do you like most. Also, share if you have any personal favorite songs about murder.